Pink
This article is about the color. For the singer, see Pink (singer). For other uses, see Pink (disambiguation).

Pink is a mixture of red and white. Commonly used for Valentine's Day and Easter, pink is sometimes referred to as "the color of love." The use of the word for the color known today as pink was first recorded in the late 17th century.[2]

Although pink is roughly considered just as a tint of red,[3][4] in fact most variations of pink lie between red, white and magenta colors. This means that the pink's hue is somewhat between red and magenta.[5][6][7][8]

Roseus is a Latin word meaning "rosy" or "pink." Lucretius used the word to describe the dawn in his epic poem On the Nature of Things (De Rerum Natura).[9] The word is also used in the binomial names of several species, such as the Rosy Starling (Sturnus roseus) and Catharanthus roseus. In most Indo-European languages, the color pink is called rosa. In Persian, it is called "Souraty", meaning "Color of the face", and in Arabic, it is called "وردي".

The color pink is named after the flowers called pinks, flowering plants in the genus Dianthus. The name derives from the frilled edge of the flowers—the verb "to pink" dates from the 14th century and means "to decorate with a perforated or punched pattern" (possibly from German "pinken" = to peck).[10] As noted and referenced above, the word “pink” was first used as a noun to refer to the color known today as pink in the 17th century. The verb sense of the word “pink” continues to be used today in the name of the hand tool known as pinking shears.

In the 17th century, the word pink or pinke was also used to describe a yellowish pigment, which was mixed with blue colors to yield greenish colors. Thomas Jenner's A Book of Drawing, Limning, Washing (1652) categorizes "Pink & blew bice" amongst the greens (p.  38),[11] and specifies several admixtures of greenish colors made with pink—e.g. "Grasse-green is made of Pink and Bice, it is shadowed with Indigo and Pink ... French-green of Pink and Indico [shadowed with] Indico" (pp. 38–40). In William Salmon's Polygraphice (1673), "Pink yellow" is mentioned amongst the chief yellow pigments (p. 96), and the reader is instructed to mix it with either Saffron or Ceruse for "sad" or "light" shades thereof, respectively (p. 98).

A person in a pink sweatshirt knitting a pink scarf.

Most remarkable children I ever saw. Which is which?...Amy put a blue ribbon on the boy and a pink on the girl, French fashion, so you can always tell.[12]

University of Maryland Professor Jo B. Paoletti, author of forthcoming book Pink and Blue: Telling the Girls From the Boys in America considers this was common usage in France orphanages during the XVIII century [13], but this was not the case everywhere. In the United States there was no established rule:

In 1855 the New York Times reported on a "baby show" put on by P.T. Barnum, exhibiting "one hundred and odd babies" dressed in pinks, blues, and other colors seemingly without regard to gender. ... A Times fashion report from 1880 has boys and girls dressed alike in white, pink, blue, or violet, and another from 1892 says young girls were wearing a variety of colors that spring, including several shades of blue[14]

There are theories indicating an origin of this costume in the XXth century. Zucker and Bradly say that it began in the 1920s[15] and other authors suggest the 1910s.[16] An article in the trade publication Earnshaw's Infants' Department in June 1918 said: "The generally accepted rule is pink for the boys, and blue for the girls. The reason is that pink, being a more decided and stronger color, is more suitable for the boy, while blue, which is more delicate and dainty, is prettier for the girl."[17] From then until the 1940s, pink was considered appropriate for boys because being related to red it was the more masculine and decided color, while blue was considered appropriate for girls because it was the more delicate and dainty color, or related to the Virgin Mary.[18][19][20] Since the 1940s, the societal norm was inverted; pink became considered appropriate for girls and blue appropriate for boys, a practice that has continued into the 21st century.[21] 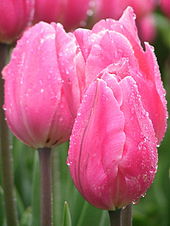 The Casa Rosada (Pink House), Buenos Aires. The official seat of the executive branch of the government of Argentina 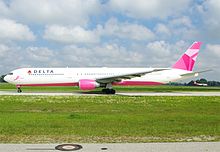