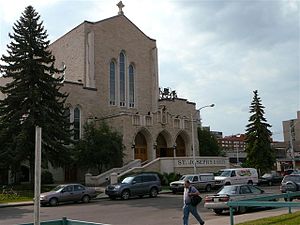 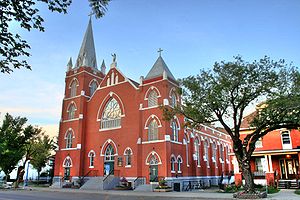 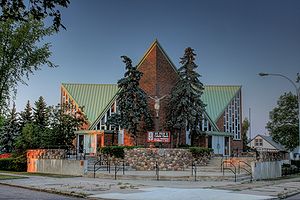 As of 2010, the archdiocese (not including its 2 suffragan dioceses) contains 129 parishes and missions, 96 diocesan priests, 85 religious priests, and 368,545 Catholics. It also has 278 women religious, 18 religious brothers, and 14 permanent deacon. The archbishop's cathedra is located in St. Joseph Cathedral Basilica in Edmonton, Alberta.

On March 22, 2007, Vatican Information Services announced that a Halifax native, Bishop Richard William Smith of the Roman Catholic Diocese of Pembroke, Canada, had been appointed as Archbishop-elect of Edmonton by Pope Benedict XVI.

The Archdiocese was created in 1912. The following is a list of the bishops and archbishops of Edmonton, including auxiliary bishops, and their terms of service: