Brattleboro, originally Brattleborough,[3] is a town in Windham County, Vermont, United States, located in the southeast corner of the state, along the state line with New Hampshire. The population was 12,046 at the 2010 census. It is situated along the Connecticut River, at the mouth of the West River.[4]

Brattleboro is the oldest town in the state, and noted for its vibrant arts community, as well as the renowned Brattleboro Retreat, a psychiatric hospital and convalescent center.

Once known as Wantastiquet, the area now known as Brattleboro lies at the confluence of the West River and the Connecticut River. The West River was called Wantastiquet in the Abenaki language, a word meaning 'river which leads to the west', and is marked by Mount Wantastiquet at its mouth and the Wantastiquet Ponds at its source. The Abenaki would transit this area annually between Missisquoi, their summer hunting grounds in northwestern Vermont, and Squakheag, their winter settlements near what is now Northfield, Massachusetts. The band of Abenaki who frequented this area were called Sokoki, which means 'people who go their own way' or 'people of the lonely way'. The Abenaki vigorously defended their land 'Ndakinna' against European settlement in the 17th and 18th centuries, including during Gray Lock's War, also known as Dummer's War. When most Abenaki sided with the French in the mid-1700s, many or most of them were driven north into Quebec, opening the way for untrammeled English, and later United States, settlements northward into what is now Vermont.

To defend Massachusetts during the French and Indian Wars, the General Court voted on December 27, 1723 to build a blockhouse and stockade at what would become Brattleboro. Lieutenant-governor William Dummer signed the measure, so construction of Fort Dummer began on February 3, 1724 and was completed before summer. On October 11, the French attacked the fort and killed some soldiers, but left before reinforcements could arrive.[5]

In 1725, Dummer's War ended, so in 1728 the fort was converted into a trading post for lucrative commerce with friendly Indians. But in 1744, King George's War broke out and lasted until 1748. Massachusetts kept a small body of troops at the fort until 1750, after which it was considered unnecessary. The township became one of the New Hampshire grants, chartered on December 26, 1753 by Governor Benning Wentworth and named Brattleborough after Colonel William Brattle, Jr. of Boston, a principal proprietor. Settlement was tentative until after the 1763 Treaty of Paris, when France abandoned New France.[5]

With hostilities ceased, Brattleboro developed quickly, and soon was second to none in the state for business and wealth. In 1771, Stephen Greenleaf opened Vermont's first store in the east village, and in 1784, a post office was established. A bridge was built across the Connecticut River to Hinsdale, New Hampshire in 1804.[6] In 1834, the Brattleboro Retreat for the mentally ill was founded by bequest of Anna Marsh. The postmaster issued the first postal stamps in the United States in 1846, two years after the Brattleboro Hydropathic Establishment was opened by Dr. Robert Wesselboeft in 1843-1844. This was the third water cure establishment in the country. Pure spring water was discovered near Whetstone Brook, and until "The Water Cure" closed in 1871, the town was a curative health resort.[3][7][8]

Whetstone Falls provided water power for watermills, beginning with a sawmill and gristmill. By 1859, when the population had reached 3,816, Brattleboro had a woolen textile mill, a paper mill, a manufacturer of papermaking machinery, a factory making melodeons, two machine shops, a flour mill, a carriage factory, and four printing establishments.[5] Connected by the Vermont & Massachusetts Railroad and the Vermont Valley Railroad, the town prospered from the trade of grain, lumber, turpentine, tallow and pork.[9] In 1888, postal authorities decided that all towns ending in borough should be shortened to boro, and Vermont complied. The first person ever to receive a Social Security benefit check, issued on January 31, 1940 was Ida May Fuller from Brattleboro. Her check number was 00-000-001 and it was for $22.54.[10]

Public nudity, although not always welcomed by the denizens of the town, was not forbidden by any Vermont statute or Brattleboro ordinance until July 17, 2007. The town had drawn national attention when nudists made a visit to take advantage of the situation.[11][12] On July 17, 2007, Brattleboro town officials passed an emergency rule by a 3–2 margin, temporarily "banning nudity on the main roads and within 250 feet of any school or place of worship, among other places" due to a number of complaints.[13][14] On August 22, 2007, the Brattleboro Selectboard decided not to make the ban on nudity permanent, once again allowing nudity in the town when the temporary statute ran out in September. On December 4, 2007 the ban was made permanent, however.[15] , [16]

Petition against Bush and Cheney

On January 25, 2008, the town council by a 3-2 vote approved a petition to be placed on a March 4 ballot, calling for the indictment of President George W. Bush and Vice President Dick Cheney for crimes against the United States Constitution. The petition reads: "Shall the Selectboard instruct the Town Attorney to draft indictments against President Bush and Vice President Cheney for crimes against our Constitution, and publish said indictments for consideration by other authorities and shall it be the law of the Town of Brattleboro that the Brattleboro Police, pursuant to the above-mentioned indictments, arrest and detain George Bush and Richard Cheney in Brattleboro if they are not duly impeached, and prosecute or extradite them to other authorities that may reasonably contend to prosecute them?"[17]

The town council issued a statement on the petition, which the town voted on as a town meeting article on March 4, and passed.[18]

According to the United States Census Bureau, the town has a total area of 32.5 square miles (84.0 km2), of which 32.0 square miles (82.9 km2) is land and 0.5 square mile (1.2 km2, 1.42%) is water. Brattleboro is drained by the West River, Ames Hill Brook and Whetstone Brook. The town is in the Connecticut River Valley; the eastern boundary (and Vermont state line) is the western bank of the Connecticut River. Hills and mountains surround the town.

Brattleboro is crossed by

Brattleboro, being the first major town from the Massachusetts border on Interstate 91, offers a mix of a rural atmosphere and urban amenities such as a large number of hotels. Brattleboro is a host to a number of art galleries and stores.

In 2007, Brattleboro passed a resolution designating itself a Fair Trade Town, becoming the second Fairtrade certified town in the nation after Media, Pennsylvania.

The town's densely populated center is at the very bottom of the Connecticut river valley. Because of the area's hilly terrain, and relatively little flat land, many buildings are on steep grades, closely bunched together; the topography has helped to create an semi-urban atmosphere.

Since the 1950s, there was suburban development outside of the traditional downtown in the west, south, and north of the township. The southern section of the town is predominantly one or two family houses with a mix of triple deckers. Commercial and industrial operations are concentrated on the U.S. Route 5/Canal Street artery that cuts through the area. The town's high school and the Regional Career Center are located in this section.

The western section of town, which formally became a village in 2005, is mostly residential, with the state's largest mobile home park and several large planned developments.

The northern section of Brattleboro developed in the 1960s and 1970s. The area has little residential development and is dominated by large commercial and industrial establishments along Putney Road, including about seven hotels located within a short distance of each other. C&S Wholesale Grocers made its headquarters here until moving them to Keene, New Hampshire in 2005; however, because of close proximity to Interstate 91, C&S has kept large shipping and warehouse operations in Brattleboro.

The outskirts of Brattleboro have a decidedly rural feel, with little housing development and boasting the last farms left in Brattleboro after the collapse of the dairy industry in the 1970s. At its peak, the area had over 170 farms; there are now only nine left.[citation needed] Brattleboro is also the headquarters of the Holstein Association.

Downtown Brattleboro, as seen across the Connecticut River, from New Hampshire

As of the census[1] of 2000, there were 12,005 people, 5,364 households, and 2,880 families residing in the town. Almost all of the population is concentrated in two census-designated places identified in the town: Brattleboro and West Brattleboro.

There were 5,364 households out of which 27.2% had children under the age of 18 living with them, 37.8% were married couples living together, 12.8% had a female householder with no husband present, and 46.3% were non-families. 37.8% of all households were made up of individuals and 13.3% had someone living alone who was 65 years of age or older. The average household size was 2.15 and the average family size was 2.84.

Brattleboro employs a Representative Town Meeting local government, wherein its citizens are represented at-large by a Select Board of five members, and by several dozen Town Representatives elected from three municipal districts. The Select Board is considered the 'executive branch' of town government; its five members are elected to fill three one-year positions and two three-year positions. In turn, the Select Board hires and supervises a Town Manager.[19] The town's three districts also each elect a representative to the Vermont State Legislature. 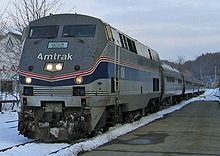 The Brattleboro BeeLine operates throughout the town between 6:00 a.m. and 6:30 p.m., and is composed of the Red Line and Blue Line buses, which work in conjunction with each other to move residents throughout the T shaped street map of the town. Bus services, including the Current and the Moover, also run daily between Brattleboro and Bellows Falls, between Brattleboro and Whitingham, and along Vermont Route 30 to the northwest. In addition, Brattleboro is serviced daily by the national bus service Greyhound, which stops at a franchised terminal on Route 5.

U.S. Route 5 enters Brattleboro at its border with the town of Guilford and runs northerly, through downtown, and eventually exits Brattleboro at its border with Dummerston, Vermont. Route 5's local names are as follows (from beginning to end in Brattleboro) Canal Street, Main Street, Putney Road. Southbound, Route 5 also runs along Park Place and a part of Linden Street, following a one-way triangle at the north end of Main Street.

Interstate 91, originating in Connecticut and terminating at the Canadian border, runs through town in a semi-circumferential north-south manner around the town center. Exit one serves the southern part of town; exit two serves the western section of town connecting to local ski areas via Route 9; exit three serves the northern section of town and New Hampshire.

There are several radio stations which broadcast in Brattleboro.

Brattleboro has a thriving arts community. The town is listed in John Villani's book The 100 Best Small Art Towns in America, in which it ranks number nine among towns with a population of 30,000 or under.[citation needed]

On the first Friday of every month, an event known as the Gallery Walk[27] is held, in which galleries, artists, and arts organizations open their doors to the public to display new work or hold performances. Included in the organizations that participate are the Brattleboro Museum and Art Center,[28] the Hooker-Dunham Theater and Gallery,[29] the In-Sight Photography Project,[30] River Gallery School,[31] Through the Music,[32] and the Windham Art Gallery.[33]

Annual events in Brattleboro include:

Brattleboro has an important literary history. Brattleboro's first bookstore opened in 1795. The first Bible to be printed in Vermont was printed in the town, in 1812.[citation needed] The Brattleboro Literary Festival has been held every fall since 2001.[citation needed] Brattleboro was the site of the first U.S. printing of the first Harry Potter book. For several years, Brattleboro was also the home of the world-famous writer Rudyard Kipling, who married a young woman from the Town and built a home called Naulakha on its northern border with the Town of Dummerston.