Siemens is an integrated technology company with activities in the fields of industry, energy and healthcare. It is organised into six main divisions: Industry, Energy, Healthcare, Equity Investments, Siemens IT Solutions and Services and Siemens Financial Services (SFS).

Siemens and its subsidiaries employ approximately 420,800 people across nearly 190 countries and reported global revenue of 76.651 billion euros for the year of 2009.[3] Siemens AG is listed on the Frankfurt Stock Exchange, and has been listed on the New York Stock Exchange since March 12, 2001.

Siemens & Halske was founded by Werner von Siemens on 12 October 1847. Based on the telegraph, his invention used a needle to point to the sequence of letters, instead of using Morse code. The company, then called Telegraphen-Bauanstalt von Siemens & Halske, opened its first workshop on October 12.

In 1848, the company built the first long-distance telegraph line in Europe; 500 km from Berlin to Frankfurt am Main. In 1850 the founder's younger brother, Carl Wilhelm Siemens started to represent the company in London. In the 1850s, the company was involved in building long distance telegraph networks in Russia. In 1855, a company branch headed by another brother, Carl Heinrich von Siemens, opened in St Petersburg, Russia. In 1867, Siemens completed the monumental Indo-European (Calcutta to London) telegraph line.[4]

In 1881, a Siemens AC Alternator driven by a watermill was used to power the world's first electric street lighting in the town of Godalming, United Kingdom. The company continued to grow and diversified into electric trains and light bulbs. In 1890, the founder retired and left the company to his brother Carl and sons Arnold and Wilhelm.

Turn of the century

Siemens & Halske (S&H) was incorporated in 1897, and then merged parts of its activities with Schuckert & Co., Nuremberg in 1903 to become Siemens-Schuckert.

In 1907 Siemens (Siemens & Halske and Siemens-Schuckert) had 34,324 employees and was the seventh-largest company in the German empire by number of employees.[5] (see List of German companies by employees in 1907)

In 1919, S&H and two other companies jointly formed the Osram lightbulb company. A Japanese subsidiary was established in 1923.

During the 1920s and 1930s, S&H started to manufacture radios, television sets, and electron microscopes.

In the 1930s Siemens constructed the Ardnacrusha Hydro Power station on the River Shannon in the then Irish Free State, and it was a world first for its design. The company is remembered for its desire to raise the wages of its under-paid workers only to be overruled by the Cumann na nGaedheal government.[7]

Preceding World War II, Siemens was involved in funding the rise of the Nazi Party and the secret rearmament of Germany. During the second World War, Siemens supported the Hitler regime, contributed to the war effort and participated in the "Nazification" of the economy. Siemens had many factories in and around notorious concentration camps[8][9] to build electric switches for military uses.[10] In one example, almost 100,000 men and women from Auschwitz worked in a Siemens factory inside the camp, supplying the electricity to the camp.

Siemens businessman and Nazi Party member John Rabe is credited with saving hundreds of thousands of Chinese lives during the Nanking Massacre. He later toured Germany lecturing on the atrocities committed in Nanking.[11] 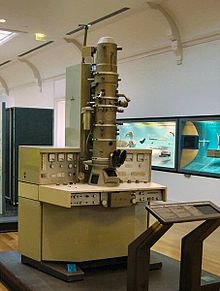 In the 1950s and from their new base in Bavaria, S&H started to manufacture computers, semiconductor devices, washing machines, and pacemakers.

In 1969, Siemens formed Kraftwerk Union with AEG by pooling their nuclear power businesses.[12]

The company's first digital telephone exchange was produced in 1980. In 1988 Siemens and GEC acquired the UK defence and technology company Plessey. Plessey's holdings were split, and Siemens took over the avionics, radar and traffic control businesses — as Siemens Plessey.

In 1985 Siemens bought Allis-Chalmers' interest in the partnership company Siemens-Allis (formed 1978) which supplied electrical control equipment. It was incorporated into Siemens' Energy and Automation division.[13]

In October 1991, Siemens acquired the Industrial Systems Division of Texas Instruments, Inc, based in Johnson City, Tennessee. This division was organized as Siemens Industrial Automation, Inc., and was later absorbed by Siemens Energy and Automation, Inc.

In 1997 Siemens agreed to sell the defence arm of Siemens Plessey to British Aerospace (BAe) and a German aerospace company, DaimlerChrysler Aerospace. BAe and DASA acquired the British and German divisions of the operation respectively.[14]

Also in 2000 Atecs-Mannesman was acquired by Siemens,[17] The sale was finalised in April 2001 with 50% of the shares acquired, acquisition, Mannesmann VDO AG merged into Siemens Automotive forming Siemens VDO Automotive AG, Atecs Mannesmann Dematic Systems merged into Siemens Production and Logistics forming Siemens Dematic AG, Mannesmann Demag Delaval merged into the Power Generation division of Siemens AG.[18] Other parts of the company were acquired by Robert Bosch GmbH at the same time.[19]

In 2001 Chemtech Group of Brazil was incorporated into the Siemens Group,[20] the company provides industrial process optimisation, consultancy and other engineering services[21]

Also in 2001, Siemens formed joint venture Framatome with Areva SA of France by merging much of their nuclear businesses.[12] 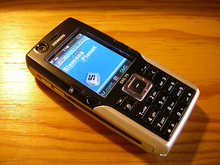 In 2003 Siemens acquired the flow division of Danfoss and incorporated it into the Automation and Drives division.[22] Also in 2003 Siemens acquired IndX software (realtime data organisation and presentation).[23][24] The same year in an unrelated development Siemens reopened its office in Kabul.[25] Also in 2003 agreed to buy Alstom Industrial Turbines; a manufacturer of small, medium and industrial gas turbines for 1.1 billion Euro.[26][27] 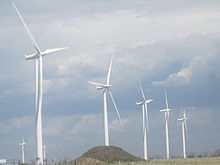 In March 2007 a Siemens board member was temporarily arrested and accused of illegally financing a business-friendly labour association which competes against the union IG Metall. He has been released on bail. Offices of the labour union and of Siemens have been searched. Siemens denies any wrongdoing.[51] In April the Fixed Networks, Mobile Networks and Carrier Services divisions of Siemens merged with Nokia's Network Business Group in a 50/50 joint venture, creating a fixed and mobile network company called Nokia Siemens Networks. Nokia delayed the merger[52] due to bribery investigations against Siemens.[53] In October 2007, a court in Munich found that the company had bribed public officials in Libya, Russia, and Nigeria in return for the awarding of contracts; four former Nigerian Ministers of Communications were among those named as recipients of the payments. The company admitted to having paid the bribes and agreed to pay a fine of 201 million euros. In December 2007, the Nigerian government cancelled a contract with Siemens due to the bribery findings.[54][55]

In January 2009, Siemens announced to sell its 34% stake in Framatome, complaining limited managerial influence. In March, it announced to form an alliance with Rosatom of Russia to engage in nuclear-power activities.[12]

In April 2009, Fujitsu Siemens Computers became Fujitsu Technology Solutions as a result of Fujitsu buying out Siemens' share of the company.

In March 2011, it was decided to list Osram on the stock market in the autumn, but CEO Peter Löscher said Siemens intended to retain a long-term interest in the company, which was already independent from the technological and managerial viewpoints.

In September 2011 Siemens announced that after the Fukushima disaster and the turnaround in German energy policy, the company, responsible for building all 17 of Germany's existing nuclear power plants, would leave the nuclear sector.[58]

Chief executives and executive board members

In addition two other organisations Siemens IT Solutions and Services and Siemens Financial Services were part of the group, providing services to the other divisions.[61]

In addition to the Nokia Siemens telecommunications giant formed in 2006 the company has a number of other joint ventures:

In January 2007 Siemens was fined €396 million by the European Commission for price fixing in EU electricity markets through a cartel involving 11 companies, among which ABB, Alstom, Fuji, Hitachi Japan, AE Power Systems, Mitsubishi Electric Corp, Schneider, Areva, Toshiba and VA Tech[65] According to the Commission, "between 1988 and 2004, the companies rigged bids for procurement contracts, fixed prices, allocated projects to each other, shared markets and exchanged commercially important and confidential information."[65] Siemens was given the highest fine of €396 million, more than half of the total, for its alleged leadership role in the incident.

Siemens agreed to pay a record $1.34 billion in fines in December 2008[66] after being investigated for serious bribery. The investigation found questionable payments of roughly €1.3 billion, from 2002 to 2006 that triggered a broad range of inquiries in Germany, the United States and many other countries.[67]

In May 2007 a German court convicted two former executives of paying about €6 million in bribes from 1999 to 2002 to help Siemens win natural gas turbine supply contracts with Enel, an Italian energy company. The contracts were valued at about €450 million. Siemens was fined €38 million.[68]

Siemens was part of a joint venture with Nokia in 2008 to provide Iran's monopoly telecom company with technology that allowed it to intercept the internet communications of its citizens to an unprecedented degree.[69][70] The technology reportedly allowed it to use 'deep packet inspection' to read and even change the content of everything from "emails and internet phone calls to images and messages on social-networking sites such as Facebook and Twitter". The technology "enables authorities to not only block communication but to monitor it to gather information about individuals, as well as alter it for disinformation purposes" expert insiders told the Wall Street Journal. During the post-election protests in Iran in June 2009, Iran's internet access was reported to have slowed to less than a tenth of its normal speeds, and experts suspected this was due to the use of the interception technology.[71] The joint venture company, Nokia-Siemens Networks, asserted in a press release that it provided Iran only with a 'lawful intercept capability' "solely for monitoring of local voice calls". "Nokia Siemens Networks has not provided any deep packet inspection, web censorship or Internet filtering capability to Iran", it said.[72]

Feeling insecure, in September 2011, Siemens transferred more than half-a-billion Euros in cash deposits from a large French bank to the European Central Bank (ECB). In all, Siemens has deposited between 4 to 6 billion Euros ($5.4 to $8.1 billion) mainly in one-week deposits. Only prominent companies can deposit directly with the ECB.[76]

Through an American sub-organisation known as the Siemens Foundation, Siemens also devotes funds to rewarding students and AP teachers. One of its main programs is the Siemens Westinghouse Competition in mathematics, science, and technology, which annually grants scholarships up to US$100,000 to both individual and team entrants. According to the foundation website, Siemens awards a total of nearly US$2 million in scholarship money every year.[citation needed]