MAN SE (Maschinenfabrik Augsburg-Nürnberg), formerly MAN AG, is a mechanical engineering company and parent company of the MAN Group.[3] MAN SE is based in Munich, in the German State of Bavaria. Its primary output is for the automotive industry, particularly heavy trucks. Further activities include the production of diesel engines for various applications, like ship propulsion, and also turbomachinery.[4]

MAN supplies trucks, buses,[4] diesel engines and[4] turbomachinery. MAN SE is one of the top 30 companies listed on the German stock exchange (DAX).[4] It also is the oldest company within the DAX. The company celebrated its 250th anniversary in 2008.[4][5] In 2008, its 51,300 employees generated annual sales of around €15 billion in 120 different countries. The company has joint ventures and other cooperations with local companies in India,[6] Poland, Turkey, China,[7][8][9] United States, United Arab Emirates,[10] South Africa,[11] Uzbekistan,[12] Portugal and Germany/Austria.[13]

This logo is on the front of all MAN trucks and buses. The lion comes from Büssing AG, a company that MAN acquired in 1971. It resembles the coat of arms of the city of Brunswick.

While the focus initially remained on ore mining and iron production in the Ruhr region, machine building became the dominating branch of business in Augsburg and Nuremberg. As director of the "Maschinenfabrik Augsburg" Heinrich von Buz created of a small business with 400 employees a major enterprise with 12,000 workpeople. Locomotion, propulsion and steel building were the big topics of this phase. The early predecessors of MAN were responsible for numerous technological innovations, the success of the early MAN entrepreneurs and engineers was based on a great openness towards new technologies. They constructed the Wuppertal monorail ("Wuppertaler Schwebebahn") and the first spectacular steel bridges like the Großhesseloher Brücke in Munich in 1857 and the Müngsten railway bridge between 1893 and 1897.

The invention of the rotary printing press allowed the copious printing of books and newspapers and since 1893, Rudolf Diesel puzzled for four years with future MAN engineers in a laboratory in Augsburg until his first Diesel engine was completed and fully functional. 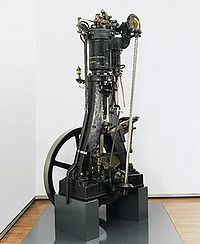 At the same time the GHH’s economic situation worsened. The causes for this were amongst others the reparations after World War I, the occupation of the Ruhr region and the world economic crisis. In only two years the number of the MAN employees sank from 14,000 in the year 1929/30 to 7,400 in 1931/32. While the civil business was largely collapsing, the military business increased with the armament under the national socialist regime. GHH/MAN enterprises supplied diesel engines for submarines, Panzers, cylinders for projectiles and artillery of every description. MAN also produced gun parts, including Mauser K98 rifle bolts. Their Waffenampt code was WaA53, and ordnance code was "coc".

The MAN works in Nuremberg were often the target of massive bombing attacks during World War II, because 40 percent of all Panther Panzers built in Germany were produced there.[1]

After the end of World War II the allies deconcentrated the GHH group. A vertical integration in which mining, iron and steel production are consolidated was not allowed any more. The “Gutehoffnungshütte”, together with the MAN firms of Southern Germany, therefore concentrated on engineering, plant construction, commercial vehicles and printing machines. This process has been supported by strategic acquisitions and dispositions; one the most important was the take-over of the truck and bus division of the commercial vehicles manufacturer Büssing (1971), the disposition of the shares of the shipyard Deutsche Werft (1966/67) and the acquisition of the printing machine producer Faber&Schleicher as well as its fusion to MAN Roland Druckmaschinen AG (1979).[1]

In 1982/83 the “Gutehoffnungshütte” plunged into a deep corporate crisis. The enterprise suffered from the late effects of the second oil crises and a bad economic situation. This was particularly displayed by the dramatic downturn of the commercial vehicles sales figures. Besides external factors, the chief course of these problems was the obsolete company structure with extensive cross-subsidisation between the divisions. At this time the former director of GHH presented a reclamation concept that envisioned a complete consolidation of the subsidiary with the holding company. This concept encountered great resistance with GHH's major shareholders Allianz AG and Commerzbank. The media speculated about a “Bavarian conspiracy” against the Management in Oberhausen.[1]

In 1986, with Klaus Götte, the group got a new company structure and became a contractual group with economically independent division at several locations. This was also attended by the transferring of the MAN headquarters from Oberhausen to Munich and by the new company name MAN AG.

Rudolf Rupprecht repelled a takeover attempt in 2003. Furthermore, the disposition of the 50-percent share of the SMS Group and the strengthening of the turbomachinery division through the takeover of Sulzer Turbo induced MAN’s focusing process.

In September 2006, MAN produced an offer for the take-over of the Swedish competitor Scania AB. The European Commission approved the takeover on December, 14. Nevertheless, MAN voluntarily withdrew the offer on January 23, 2007, after Scania’s major shareholders Volkswagen AG and the influential Wallenberg family had declined the offer. On December 24, 2008, MAN published to possess further stock options of Scania and to therefore maintain more than 20 percent of the voting rights.

In 2008, the MAN group celebrated its 250 years anniversary with numerous events, like exhibitions in several museums, a vintage car tour with the motto “MAN on the road again” and a great anniversary gala. At the beginning of December 2008 MAN took over the company VW Truck and Bus Brazil and changed the firm’s name to MAN Latin America. Therewith, MAN now is market leader in Brazil with a market share of 30 percent.

Since May 2009, the group is incorporated as European corporation MAN SE.[14] In July 2009 MAN published to merge the two divisions MAN Turbo and MAN Diesel into one business area called Power Engineering. In addition the group contracted a strategic partnership with the Chinese truck manufacturer Sinotruk. In the course of this focusing process many smaller subsidiaries and division have been sold.

In 2009, investigators of the Munich Prosecution Department uncovered a corruption affair, in which MAN has been corrupting business partners and governments in over 20 countries during the years 2001 to 2007 to get large orders for buses and trucks. MAN CEO Håkan Samuelsson and further Board Members had to resign. The board of directors appointed Dr.-Ing. Georg Pachta-Reyhofen, the former CEO of MAN Diesel, as successor. On December 17, 2009 Pachta-Reyhofen was assigned as speaker of the board and CEO of MAN SE by the board of directors. 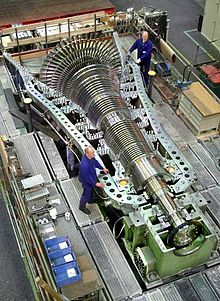 In July 2011, Volkswagen AG acquired a 55.9% voting stake and 53.7% of the share capital in MAN SE.Pending regulatory approval, Volkswagen plans to merge MAN and Scania to create Europe's largest truckmaker. The combined trucks group is planned to save about 400 million euros per year, mainly by bundling procurement.[15][16]