In scientific notation, it is written as 109.

In modern (short scale) English usage, it is usually called a billion (although in long scale usage in many other languages, a billion means 1,000,000,000,000 – a million millions). The unambiguous term is a thousand million, which has the same meaning in both scales.

The term milliard can also be used to refer to 1,000,000,000; this name very often appears in other languages, e.g. Norwegian; milliard Danish: milliard, Swedish: miljard, Hebrew:milliard.

This terminology is rarely used in English outside of archaic British English. The SI prefix giga indicates 1,000,000,000 times the base unit.

See Orders of magnitude (numbers) for larger numbers; and long and short scales.

In terms of natural landscape; a small mountain, slightly larger than Stone Mountain Georgia, United States, would weigh (have a mass of) a billion tons. 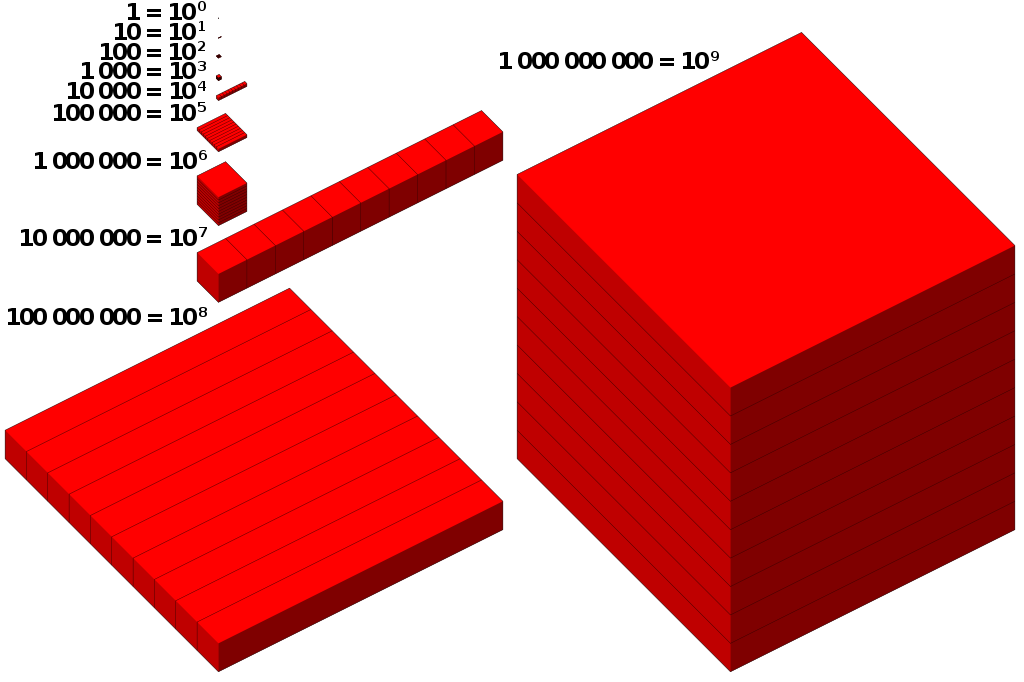