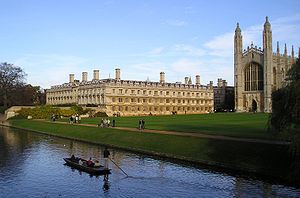 The right of access to higher education is enshrined in a number of international human rights instruments. The UN International Covenant on Economic, Social and Cultural Rights of 1966 declares, in Article 13, that "higher education shall be made equally accessible to all, on the basis of capacity, by every appropriate means, and in particular by the progressive introduction of free education". In Europe, Article 2 of the First Protocol to the European Convention on Human Rights, adopted in 1950, obligates all signatory parties to guarantee the right to education.

Rupert I founded the University of Heidelberg in 1386

Higher education includes teaching, research, exacting applied work (e.g. in medical schools and dental schools), and social services activities of universities. Within the realm of teaching, it includes both the undergraduate level (sometimes referred to as tertiary education), and beyond that, graduate-level (or postgraduate level) for qualified students who wish to go further in their education and skills. This level of education is often referred to as graduate school, especially in North America.

In the United Kingdom and certain other countries (e.g. Ireland), post-secondary school education below the level of higher education is referred to as "further education". "Higher Education" in the U.K. generally involves work towards a college-degree-level or foundation degree education.

In many developed countries, a high proportion of the population (up to 50%), now enter higher education at some time in their lives. Higher education is therefore very important to national economies, both as a significant industry in its own right and as a source of trained and educated personnel for the rest of the economy.

There can be some disagreement about what precisely constitutes post-secondary, graduate-school, or tertiary education: "It is not always clear, though, what tertiary education includes. Is it only that which results in a formal qualification or might it include leisure classes? In the U.K., are A-levels tertiary education as they are post-compulsory, but taught in school settings, as well as colleges? Is professional updating or on-the-job training part of tertiary education, even if it does not follow successful completion of secondary education?"[1]

Such institutions may also offer non-degree certificates, which indicate completion of a set of courses comprising some body of knowledge, but the granting of such certificates is not the primary purpose of the institutions. Tertiary education is not a term used in reference to post-secondary institutions in the United States or Canada.

In addition, professional-level education is always included within Higher Education, and usually in graduate schools, since many postgraduate academic disciplines are both vocationally, professionally, and theoretically/research oriented, such as in the law, medicine, dentistry, and veterinary medicine. A basic requirement for entry into these graduate-level programs is almost always a bachelor's degree. Requirements for admission to such high-level graduate programs is extremely competitive, and admitted students are expected to perform well.

Academic areas that are included within the Liberal arts include:

The performing arts differ from the plastic arts or visual arts, insofar as the former uses the artist's own body, face and presence as a medium; the latter uses materials such as clay, metal or paint, which can be molded or transformed to create a work of art.

The plastic arts or visual arts are a class of art forms, that involve the use of materials, that can be moulded or modulated in some way, often in three dimensions. Examples are painting, sculpture, and drawing, etc.

Higher educational institutions in these arts are:

The Lisbon Recognition Convention stipulates that degrees and periods of study must be recognised in all Signatory Parties of the Convention.

Universities may employ a number of people. Depending on the funding, a university typically hires one teacher per 3-20 students. According to the ideal of research-university, the university teaching staff is actively involved in the research of the institution. In addition, the university usually also has dedicated research staff and a considerable support staff. Typically to work in higher education as a member of the academic faculty, a candidate must first obtain a doctorate in an academic field, although some lower teaching positions require only master's degree.[citation needed]

The professional field involving the collection, analysis, and reporting of higher education data is called institutional research. Professionals in this field can be found, in addition to universities, in e.g. state educational departments.[citation needed]

Higher education in the United States