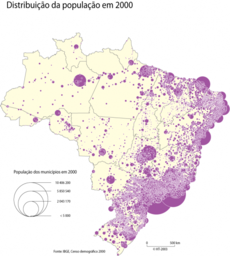 This is a list of the largest cities in Brazil. Brazil has a relatively high reported level of urbanization, with 84 out of every 100 Brazilians living in cities. The criteria used by the IBGE (Brazilian Institute of Geography and Statistics) in determining whether households are urban or rural, however, is based on political divisions, not on the built environment.

A town is any seat of a district (the lowest political division); a city is the seat of a municipality. Nowadays, the country has more than 5,564 municipalities.[1] About 81.3% of Brazilians live in an urban area.[2]

State capitals are usually also the largest city in their respective state, exceptions being Vitória in Espírito Santo, and Florianópolis, the capital of Santa Catarina; there are also non-capital metropolitan areas in São Paulo (Campinas, Santos, Paraíba Valley), Minas Gerais (Vale do Aço), Rio Grande do Sul (Sinos Valley) and Santa Catarina (Joinville & Itajaí Valley). Most of the non-capital large cities in Brazil are in the states of São Paulo, Rio de Janeiro, Minas Gerais, Santa Catarina and Paraná.

Some of the main Brazilian cities are planned cities; the most famous of these is the capital city, Brasília, which represents the Modernist school of architecture and urbanism.

This list here of the 115 most populous cities is based on the population of the município where the city is located, rather than its metropolitan area.

State capitals are in bold. Second Rank* is by capitals and non-capitals. Palmas is the only state capital not listed. 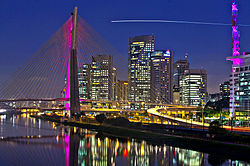 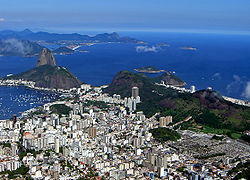 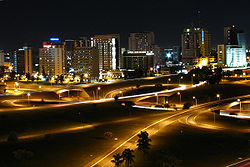 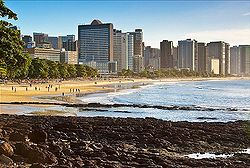 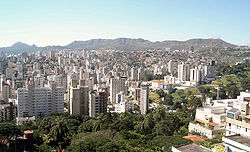 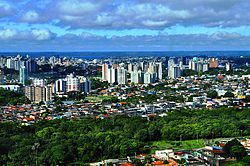 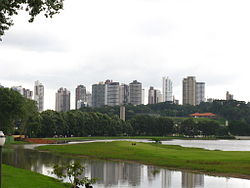 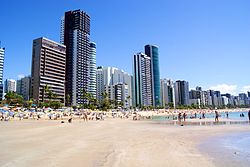 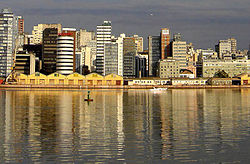 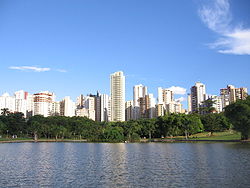 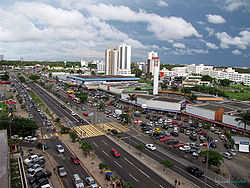 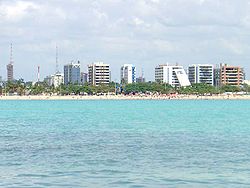 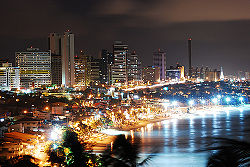 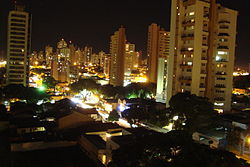 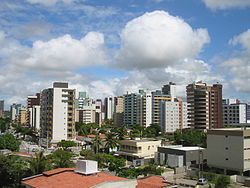 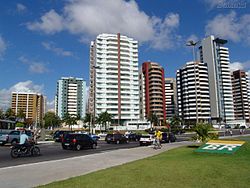 Brazil's population, as recorded by the 2008 National Household Survey, was approximately 190 million inhabitants (22.31 inhabitants per square kilometer), with a proportion of men and women of 0,95:1 and 83.75% of the population defined as urban. The population is heavily concentrated in the Southeast (79.8 million) and Northeast (53.5 million), while the two wider regions, the Midwest and North, which form 64.12% of Brazil , have a total of just 29.1 million inhabitants. Brazil's population increased significantly between 1940 and 1970, due to a decline in mortality, although the birth rate has also declined slightly in the past period. In the 1940s the rate of annual population growth was 2.4%, rising to 3.0% in 1950 and remaining at 2.9% in 1960, life expectancy rose from 44 to 54 years and 72 , 6 years in 2007. The rate of population increase has been declining since 1960 of 3.04% per annum between 1950-1960 to 1.05% in 2008 and expected to drop to a negative value of -0.29% in 2050, thus completing demographic transition. The major metropolitan areas of Brazil are Sao Paulo, Rio de Janeiro and Belo Horizonte - all in the Southeast - 19.5, 11.5 and 5.1 million inhabitants respectively. Almost all capitals are the largest cities in their states except Victoria, capital of Espirito Santo, and Florianópolis, the capital of Santa Catarina. There are also non-capital metropolitan areas in the states of São Paulo (Campinas, Santos and Paraíba Valley), Minas Gerais (Steel Valley), Rio Grande do Sul (Vale do Rio dos Sinos) and Santa Catarina (Itajaí Valley).

Metropolitan areas of state capitals are in bold.