University of Texas at San Antonio

University of Texas at San Antonio

The university serves the San Antonio metropolitan area and the South Texas region through three campuses: Main Campus, Downtown Campus in Downtown San Antonio, and Hemisfair Park Campus (Institute of Texan Cultures). The Main Campus is on 600 acres (2.4 km2), at the intersection of Interstate 10 and Loop 1604 near the northern edge of San Antonio, Texas, in Bexar County.

The University of Texas at San Antonio offers 133 undergraduate, 49 graduate and 22 doctoral programs.[6]

The University of Texas at San Antonio was founded on June 5, 1969 by Governor Preston Smith.[7] In 1970, the University of Texas Board of Regents appointed the university's first president, Arleigh B. Templeton, who served from 1970 to 1972, and received a land donation of 600 acres (2.4 km2) in northwest San Antonio for the site of UTSA.[8] Architects Ford, Powell and Carson Inc. were assigned to design a master plan for the university.[9] Although the university was established in 1970, students temporarily attended class at the Koger Center, which also housed administrative offices until 1975, when construction on the northwest San Antonio campus was completed.[5][8] UTSA began with five colleges: Business, Fine and Applied Arts, Humanities and Social Sciences, Multidisciplinary Studies and Science and Mathematics.[9]

The University of Texas at San Antonio comprises the following colleges:

The College of Business is the largest business school in The University of Texas System and is nationally ranked by Princeton Review, BusinessWeek and HispanicBusiness.

The College of Liberal and Fine Arts, which has the highest enrollment at UTSA, ranks second in the UT System for external research funding in arts, humanities and social sciences.

More than 50 percent of Honors College graduates have been accepted into postgraduate universities and medical and professional schools The College of Sciences collaborates with other leading research institutions such as Southwest Research Institute. Since 2005, UTSA and Southwest Research Institute have maintained a joint doctoral program focusing on space physics.

The College of Architecture ranks first in the nation in awarding degrees to Hispanic students, according to The Hispanic Outlook in Higher Education magazine.[12]

In addition to the educational advantages UTSA offers, the school generates more than $1.2 billion in annual business revenue in San Antonio and directly employs more than 5,000 people.[13]

In a 2007 study released by Academic Analytics, UTSA was ranked fifth for faculty scholarly productivity among other large research universities in the state of Texas.[14]

Proposition 4 was passed by Texas voters in November 2009. This piece of legislation named 7 emerging research universities in Texas that could compete for additional state funds in an effort to increase the number of tier 1 institutions in Texas. Factors such as research expenditure, graduate degrees awarded, and scholarly productivity all play a part in which schools receive the most funding.[15]

The school reached a new record of $48.6 million for research expenditures in fiscal year 2010. This represents a five-year increase of 50.5 percent.[16]

UTSA is second in The UT System for research funding in biology, social sciences, arts and humanities, microelectronics and computer technology. [17] 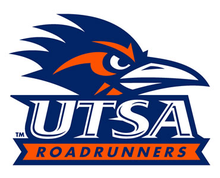 In September 2007, students passed a referendum to increase funding for the athletic department by doubling the athletics fee over a five-year period. The additional funding allows renovations of existing athletics facilities, increased institutional support of existing intercollegiate sports programs, and an expansion of the athletics program with the addition of a Division I FBS football team, playing at the Alamodome, by 2011. The plan was approved by the University of Texas System board of regents in December 2008.[18]

From our hills of oak and cedar
To the Alamo,
Voices raised will echo
As, in song, our praises flow.
Hail Alma Mater!
Through the years our loyalty will grow.
The University of Texas
San Antonio.[19]

The official colors of The University of Texas System are orange and white and, according to Board of Regents Rules and Regulations, "an institution may adopt one additional color to be used in connection with athletic and other activities of the institution."[20] Upon recommendation from the UTSA Student Representative Assembly, the Board of Regents approved the addition of navy to the orange and white for UTSA's school colors.

The roadrunner, a bird representative of the Texas Hill Country and the Southwest, was voted the UTSA mascot in 1977.[21] "Rowdy the Roadrunner" attends many university functions and games.

On March 1, 2008, UTSA Athletics unveiled it new logos during the Homecoming Game against Texas A&M University–Corpus Christi. The athletic markings were changed due to noticeable similarities to the University of Kansas Jayhawk.[22]

Fiesta UTSA, an annual event held in April, began in 1978.[23] The first Fiesta UTSA was attended by over 1,000 students and included music, a jalapeño eating contest, a watermelon spitting contest, a dunk tank, and other activities.[24] Fiesta UTSA features dozens of booths set up under the Sombrilla in a carnival atmosphere. The booths are run by Registered Student Organizations and offer food, drinks and games. The Campus Activities Board sponsors bands and other musicians throughout the day. Fiesta UTSA became the kickoff event for Fiesta San Antonio each spring, having been added to the official Fiesta San Antonio schedule in 1980.[25] The Fiesta royalty are present at the ribbon-cutting ceremony that marks the official beginning of Fiesta.

Best Fest, an annual celebration held in October, began in 1978 (as "Bestfest") as "a special salute to five of the state's outstanding festivals," including New Braunfels's Wurstfest, Corpus Christi's Buccaneer Days, San Antonio's Fiesta, the Texas State Fair in Dallas, and George Washington's Birthday Celebration in Laredo.[23] It was presented by the student organization Variety 79.[23] In 1979, the event was said to be "a salute to five of the city's outstanding festivals: Fiesta Navidena, King William Fair, La Feria del Rio, the San Antonio Stock Show and Rodeo, and the Texas Folklife Festival."[23] In the late 1970s, Best Fest included performances by the UTSA Brass Ensemble and UTSA Jazz Ensemble, several contests such as the jalapeño eating contest, egg toss, "Walking the Plank Contest," "Pee Wee Bicycle Races," and others. The modern Best Fest incorporates a Halloween theme with costume and booth-decorating contests. 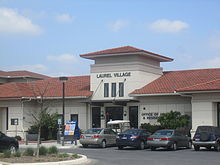 A new $40 million dormitory to house 618 students is scheduled to open in August 2013. It is situated next to the Chaparral dorms. 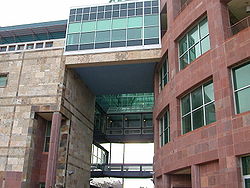 UTSA also features an 11 acre (45,000 m2) campus located in downtown San Antonio. Called the UTSA Downtown Campus, it houses the College of Public Policy and the College of Architecture. The UTSA HemisFair Park Campus stands as the third branch of UTSA, holding the Institute of Texan Cultures museum.

UTSA has also purchased 125 acres (0.51 km2) of land near the Main Campus in 2007. This land was named Park West in 2009 and became part of the school's Main Campus. The school has plans for more than $150 million in new athletic facilities at Park West.

The $83 million Applied Engineering and Technology building opened in 2009.

The school underwent an extensive remodel in 2009 of older buildings including the JPL, HSS, and MS buildings. North Paseo Building, a $15 million office building, will house ROTC operations when it opens October 2011. A new ceramics studio broke ground in 2009 and two adjacent science buildings underwent $24 million in renovations.

East Parking Garage, a $30 million 5-level parking garage, is planned to open July 2012. It will also include a coffee shop, apparel shop, and office space.

Among the most active groups are the sponsored organizations that receive funding from the University Student Services fee:

UTSA has one of the most extensive Reserve Officers' Training Corps (ROTC) programs in the United States and is the nation’s sixth largest Air Force ROTC program with over 240 cadets. In 2009, the school’s Air Force ROTC detachment won the Right of Line Award, the most prestigious award among all Air Force ROTC units. Ranking first in the Southwest Region out of 36 detachments for producing the most second lieutenants in the Air Force. At the national level, with 144 detachments, UTSA was ranked second along with Purdue University. UTSA also has the largest Air Force ROTC program among Hispanic Serving Institutions . [27] In 2009, The AFROTC unit was awarded 36 slots for field training compared to rivalry school Texas A&M, which had 32. [28]

UTSA also hosts a nationally recognized weekly newspaper, The Paisano. It has remained fully independent of the administration since its inception in 1981. The newspaper is published weekly every Tuesday.

The College of Engineering Student Council

The College Of Engineering Student Council is the student voice of The University of Texas at San Antonio College of Engineering. They are designed to serve and promote interaction among students and the engineering community. Their mission is to cultivate an active student body to encourage pride and tradition and to serve as the collective voice for all UTSA Engineering students. Their Vision is to serve as the cornerstone organization within engineering RSO's as acknowledged by their integration within the college of engineering and UTSA. They offer opportunities in STEM outreach, host guest speakers, and compete in independent engineering competitions. Any student at UTSA's College of Engineering is considered a member and has a voice, but voting privileges is limited to 2 representatives from any engineering organization.

With the addition of more on-campus housing in recent years, campus life has evolved to become much more active. Before basketball games, tail-gate parties and body painting in the school's colors are common. There are many traditions as well, including Best Fest and Fiesta UTSA, both are events for students organizations to raise funds while providing entertainment and food to the student body.

A small percentage of incoming freshmen are in the CAP program, an agreement which allows students who are not initially accepted into UT - Austin to choose to come to UTSA. If they maintain a certain GPA and restrict themselves to taking specific classes, they will be granted admission to UT. The program is also in effect at other UT system schools, including UT–Arlington, and continues to draw more and more students every year. The CAP program has become more controversial as more freshmen are enrolled. UTSA officials have stated that only about 30% of those in the CAP program end up at UT - Austin the following school year. Despite this, however, many students are opting to stay at UTSA, as the university has been recognized for its growing research and business programs.

San Antonio is known for its tourist spots. In addition to research facilities, tourism along with congenial weather/temperatures play important roles in attracting many students.