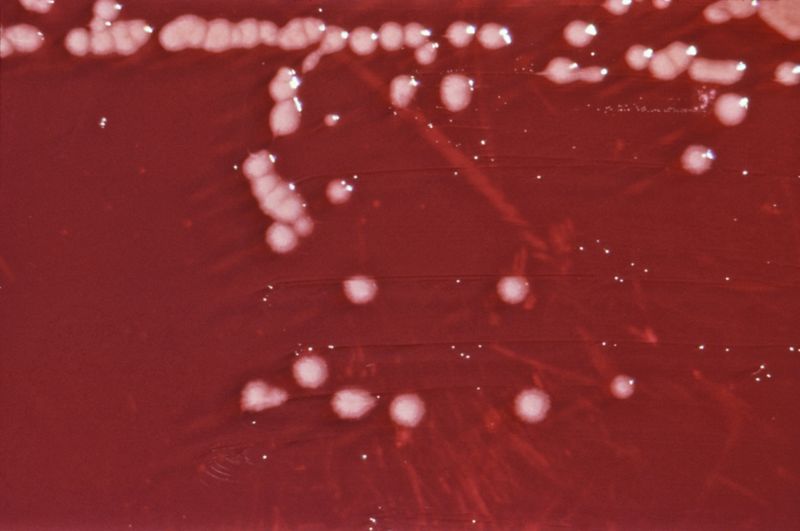 "Pseudomonas" is a of gamma , belonging to the larger family of s.

Recently, 16S rRNA sequence analysis has redefined the taxonomy of many bacterial species.

"Pseudomonad" literally means 'false unit', being derived from the Greek "pseudo" ("ψευδο" 'false') and "monas" ("μονάς / μονάδα" 'a single unit'). The term "monad" was used in the early history of microbiology to denote single-celled organisms.

Because of their widespread occurrence in water, the s were observed early in the history of . The generic name "Pseudomonas" created for these organisms was defined in rather vague terms in 1894 as a genus of Gram-negative, rod-shaped and polar-flagella bacteria. Soon afterwards, a very large number of species was assigned to the . Pseudomonads were isolated from many natural niches and a large number of species names was originally assigned to the genus. New methodology and the inclusion of approaches based on the studies of conservative macromolecules have reclassified many strains.

An article published in the journal "Science" in 2008 showed that "Pseudomonas" may be the most common nucleator of ice crystals in clouds, thereby being of utmost importance to the formation of snow and rain around the world. [ [http://www.efluxmedia.com/news_Bacteria_The_Main_Ingredient_in_Snowflakes_Scientists_Say_14620.html Bacteria – The Main Ingredient in Snowflakes, Scientists Say ] ]

Members of the genus display the following defining characteristics:

Other characteristics which tend to be associated with "Pseudomonas" species (with some exceptions) include secretion of pyoverdin (), a fluorescent yellow-green

The genus demonstrates a great deal of metabolic diversity, and consequently are able to colonise a wide range of niches

All and strains of "Pseudomonas" are rods, and have historically been classified as strict aerobes. Exceptions to this classification have recently been discovered in "Pseudomonas" biofilms

"Pseudomonas" have the ability to metabolise a variety of diverse nutrients. Combined with the ability to form biofilms, they are thus able to survive in a variety of unexpected places. For example, they have been found in areas where pharmaceuticals are prepared. A simple carbon source, such as residue or cap liner-adhesives is a suitable place for the Pseudomonads to thrive. Other unlikely places where they have been found include s such as quaternary compounds and bottled .

Being Gram-negative bacteria, most "Pseudomonas spp." are naturally resistant to and the majority of related , but a number are sensitive to , , , or .

This ability to thrive in harsh conditions is a result of their hardy that contains porins. Their resistance to most antibiotics is attributed to called , which pump out some antibiotics before they are able to act.

The studies on the of this complicated groped their way in the dark while following the classical procedures developed for the description and identification of the s involved in sanitary during the first decades of the twentieth century. This situation sharply changed with the proposal to introduce as the central criterion the similarities in the composition and sequences of s components of the . The new methodology clearly showed that the "Pseudomonas", as classically defined, consisted in fact of a conglomerate of genera that could clearly be separated into five so-called groups. Moreover, the taxonomic studies suggested an approach that might proved useful in taxonomic studies of all other groups. A few decades after the proposal of the new genus "Pseudomonas" by Migula in 1894, the accumulation of names assigned to the genus reached alarming proportions. At the present moment, the number of species in the current list has contracted more than tenfold. In fact, this approximated reduction may be even more dramatic if one considers that the present list contains many new names, i.e., relatively few names of the original list survived in the process. The new methodology and the inclusion of approaches based on the studies of conservative macromolecules other than components, constitutes an effective prescription that helped to reduce "Pseudomonas" nomenclatural hypertrophy to a manageable size.

"P. aeruginosa" is an opportunistic human pathogen, most commonly affecting patients, such as those with

"P. oryzihabitans" can also be a human pathogen, although infections are rare. It can cause ,

Due to their hemolytic activity, even non-pathogenic species of "Pseudomonas" can occasionally become a problem in clinical settings, where they have been known to infect blood transfusions.

"P. syringae" is a prolific . It exists as over 50 different pathovars, many of which demonstrate a high degree of host plant specificity. There are numerous other "Pseudomonas" species that can act as plant pathogens, notably all of the other members of the "P. syringae" subgroup, but "P. syringae" is the most widespread and best studied.

Although not strictly a plant pathogen, "P. tolaasii" can be a major agricultural problem, as it can cause bacterial blotch of cultivated .

Use as biocontrol agents

Since the mid 1980s, certain members of the "Pseudomonas" genus have been applied to cereal seeds or applied directly to soils as a way of preventing the growth or establishment of crop pathogens. This practice is generically referred to as . The biocontrol properties of "P. fluorescens" strains (CHA0 or Pf-5 for example) are currently best understood, although it is not clear exactly how the plant growth promoting properties of "P. fluorescens" are achieved. Theories include: that the bacteria might induce systemic resistance in the host plant, so it can better resist attack by a true pathogen; the bacteria might out compete other (pathogenic) soil microbes, e.g. by s giving a competitive advantage at scavenging for iron; the bacteria might produce compounds antagonistic to other soil microbes, such as -type antibiotics or . There is experimental evidence to support all of these theories, in certain conditions; a good review of the topic is written by Haas and Defago [cite journal |author=Haas D, Defago G |title=Biological control of soil-borne pathogens by fluorescent pseudomonads |journal=Nature Reviews in Microbiology |volume=3 |issue=4 |pages=307–19 |year=2005 |pmid=15759041 |doi=10.1038/nrmicro1129] .

Use as bioremediation agents

Some members of the genus "Pseudomonas" are able to metabolise chemical pollutants in the environment, and as a result can be used for . Notable species demonstrated as suitable for use as bioremediation agents include:

* "P. alcaligenes", which can degrade s.

pecies previously classified in the genus

Recently, 16S rRNA sequence analysis redefined the taxonomy of many bacterial species previously classified as being in the "Pseudomonas" genus.