The Madras Institute of Technology (MIT - சென்னை தொழில்நுட்ப நிறுவனம் [1]) is an engineering institute located in Chromepet, Chennai (Madras), India. It is one of the four autonomous constituent colleges of Anna University. It was started in 1949 by Mr. C. Rajam as the first self-financing engineering institute in the country, and later it merged with Anna University. The Institute was at that time an experiment in technical education, for it introduced to India new areas of specialization: aeronautical engineering, automobile engineering, electronics engineering, and instrumentation technology.[citation needed] The MIT is the first institute in India to offer postgraduate courses in avionics and mechatronics. This Institute also has a unique practice of "T-Series", a student mentoring system by senior students.The aeronautical and electronics departments of this institute are very popular and get the cream of students in Tamil Nadu usually having very high cut-offs , with seats getting filled in the early batches of first day counselling.

The alumni of this institute have achieved prominence in various fields and include Dr. A.P.J. Abdul Kalam (the "missile-man of India"), and the writer Sujatha among others. The present Vice-Chancellor of Anna University is a former MIT-ian as well. The cultural festival of MIT, Mitafest, is well known in the vicinity of Chromepet.[citation needed]. The AUKBC research institute has good research facilities and faculty , with students helping from various departments in projects which have resulted in several international papers and patent filings.

With the dawn of Independence, the need for establishing a sound technological basis for proper industrial advancement of the country was realised. At this juncture, in 1949, Mr. Rajam Iyer donated Rs. 5 lakhs through the sale of his house and founded the M.I.T., and raised funds from various people and industries for its running. Sri M.K. Ranganathan, Rtd. Chief Engineer, became the first principal of the institute.

Instrumentation and Control did not exist in India as a subject of study in 1949; even the name was still below the horizon. Now this branch of applied science and technology has become important in industry, and a significant number of the past students of M.I.T. now hold key positions in research and development organisations, manufacturing industries and educational institutions within the country and abroad.

Madras Institute of Technology, being a constituent college of Anna University, is governed by a Chancellor, Vice-Chancellor and Registrar of the varsity. The varsity has a syndicate too. The Dean is the head of the Institute and oversees day-to-day administration. Each department is led by a Head of the Department (HOD). The hostels are headed by assistant executive wardens placed under an executive warden with dean as the ex-officio warden. 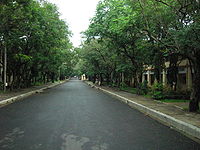 The academic policies are decided by the course committee, whose members include all the professors and student representatives headed by a chairman.
Madras Institute of Technology follows the credit-based system of performance evaluation and student-teacher relation, with proportional weighting of courses based on their importance. The total marks (usually out of 100) form the basis of grades, with a grade value (out of 10) assigned to a range of marks. For each semester, the students are graded by taking a weighted average from all the courses with their respective credit points. Each semester's evaluation is done independently with a cumulative grade point average (CGPA) reflecting the average performance across semesters. One of the major changes the institution needs to accommodate is allow students to go for final year project and internships. There is less encouragement from professors for pursuing project in other institutions or companies and final semester also has very core subjects making it mandatory for students to do in-house projects. Giving this opportunity to students will greatly improve the popularity and show case the talent of MITians to the industry.

The broad-based, theory-oriented education attempts to enable students of MIT to handle with skill and success a wide variety of technical problems. MIT has remained an important centre of engineering education and earned an excellent reputation both in India and abroad. Admission into the institute previously was through the TNPCEE . But from 2007 it was decided that the 12th grade examinations would be the sole criterion which has favoured the entry of matriculation students.

The annual festival of the institute is called Mitafest. Each department has its own festival, in addition to the musical festival Sivaranjani. 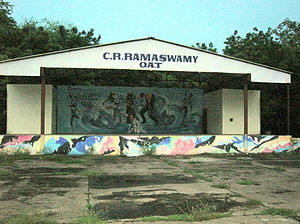 Apart from this,MIT proudly presented "Asymptote 2009" along with its diamond jubilee celebrations.Asymptote-2009 was held on 9,10 and 11 January 2009. Students from various colleges participated in this event and this event was a success.

Every department has its own intra-college and inter-college technical symposium.

Participants overlook an event during Asymptote 2009

MIT has the unique practice of 'T-series'. This is a mentorship system and the word is said to have originated from the term Technocrat[citation needed]. Each new 'technocrat' of the institute is assigned to a mentor from the previous batch. He / she also inherits the complete set of 'T-seniors' from this mentor. Mentorship activities span a whole gamut of student activities starting from passing on books up to job interview preparation tips. Like all major universities, it helps build an alumni network in industries, boosting the credentials of the university as well as providing valuable human resource for the firms. 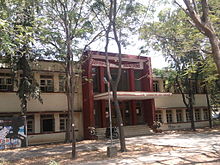 Usually there is a 100% placement record across all departments in MIT , with many students getting multiple job offers or dream jobs (highly paid). All well known core product and service companies come for recruitment and placement interviews happen at a common venue with CEG students in the Anna University - main campus.

The Centre for Aerospace Research came into being in the year 2000 and focuses on Advancing Research in Aerospace sciences. The centre is having adequate design, analysis and computational capabilities to take up problems in high speed and low speed flows, structure, aero-thermal effect and composites. The applications software being regularly employed include MSC-NASTRAN, STAR-CD,CFX,I_DEAS and tascflow. For carrying out experimental studies in the thrust areas, the Centre is having laboratories and facilities with specialized equipment. The country's first student developed satellite ANUSAT is designed, developed and integrated at this facility. The aerospace department holds the AVIONICS department which designed the control software.

The Anna University - K B Chandrasekhar Research Center was established at the MIT Campus in May 1999 through the donation of RS.1.00 crore Dr.K.B. Chandrasekhar, Chairman and Co-founder of Exodus Communications, USA. The infrastructure includes a 256 kbit/s Internet access over a 2 Mbit/s based line, high-end server with broad-based Networking. The research activities of the center are to investigate on cryptography, Network security, Internet Access over the power line medium and many others. In addition, the KBC foundation has donated another 0.5 crore Rupees towards setting up a state-of –art java lab at the center and 1.5 crore rupees for the campus networking and video conferencing facilities. One of the goals of the center is to link value-addition to the Domain-knowledge possessed by the faculty and the students of our University in diverse Domains through the use of the Internet and I.T Tools/Technologies.

The Center for Automotive Research and Training (CART), an inter-disciplinary center, was established in the year 1997 by the University to mainly cater to the needs of the automotive industry with regard to design, research, consultancy, training and testing. The center functions currently both at the main campus and at the MIT campus. The center proposes to offer a postgraduate programme titled ,Automotive Manufacturing Management, which will be a highly inter-disciplinary programme mainly framed with inputs from the user industry, namely the automotive industry. The center acts as a nodal agency interacting with automotive industries both at home and abroad and with various academic departments and centers, functioning at Anna University.