The Commissioner for Internal Market and Services is a member of the European Commission. The post is currently held by Commissioner Michel Barnier (European People's Party).

The portfolio concerns the development of the 480 million strong European single market, promoting free movement of people, goods, services and capital. Thus it is clearly a leading role but has become more complex as the single market for services has developed. A large area of work is now financial services, a politically sensitive topic for some member states (notably, the UK). The Commissioner controls the Directorate-General for Internal Market and Services and the Office for Harmonization in the Internal Market.[4][5]

Barnier's appointment was controversial for some. His nomination came after the late 2000s recession led to criticism of bankers by many. Especially in France, there was a desire to more regulate the financial services sector, which in Europe is largely based around the City of London. French President Nicolas Sarkozy's declaration that Barnier's (then French foreign minister) appointment as Internal Market Commissioner was a "victory" produced considerable worry in the UK that France would use Barnier to push French inspired restrictive regulation upon the UK's financial centre. Although he has said that "we need to turn the page on an era of irresponsibility. We need to put transparency, responsibility and ethics at the heart of the financial system," he has tried to sooth worries in the UK and has reiterated his independence from national influence.[6]

Directives McCreevy was involved with include the directives on; 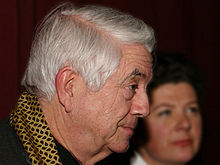 Commissioner Frits Bolkestein (Netherlands) served in the Prodi Commission between 1999 and 2004. In addition to holding the Internal Market portfolio he also held Taxation and Customs Union. His head of cabinet was Laurs Nørlund.

Bolkestein is most notable for the Directive on services in the internal market, which is commonly called the "Bolkestein Directive". The directive aimed at enabling a company from a one member-state to recruit workers in another member-state under the law of the company's home state. It was to help the development of the internal market for services, the development of which has lagged behind that for goods.

However there was a great deal of concern about its effect on social standards and welfare, triggering competition between various parts of Europe. This led to significant protests across Europe against the directive including a notable protest at the European Parliament in Strasbourg by port workers which led to damage to the building. MEPs eventually reached a compromise on the text and the Parliament adopted it on 12 December 2006; 2 years after Bolkestein left office, under the Barroso Commission.