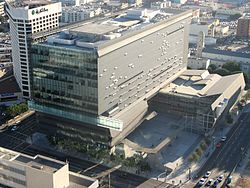 The earliest predecessor of Caltrans was the Bureau of Highways, which was created by the California Legislature and signed into law by Governor James Budd in 1895.[2] This agency consisted of three commissioners who were charged with analyzing the state road system and making recommendations. At the time, there was no state highway system, since roads were purely a local responsibility. The roads of California consisted of crude dirt roads maintained by county governments as well as some paved roads within city boundaries, and this ad hoc system was no longer adequate for the needs of the state's rapidly growing population. After the commissioners submitted their report to the Governor on November 25, 1896, the Legislature replaced the Bureau with the Department of Highways.[3]

Due to the state's weak fiscal condition and corrupt politics, little progress was made until 1907, when the Legislature replaced the Department of Highways with the Department of Engineering, within which there was a Division of Highways.[2] The voters approved a $18 million bond issue for the construction of a state highway system in 1910 and the first Highway Commission was convened in 1911.[2] On August 7, 1912, the Department broke ground on its first construction project, the section of El Camino Real between South San Francisco and Burlingame (now part of California State Route 82).[4] 1912 also saw the founding of the Transportation Laboratory and the creation of seven administrative divisions (the predecessors of the 12 district offices that exist today).[2]

In 1913, the Legislature started requiring vehicle registration and allocated the resulting funds to support regular highway maintenance, which began the next year.[2] 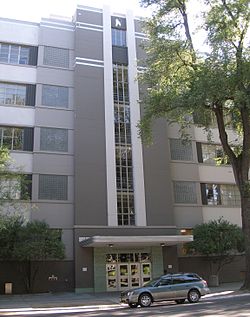 For administrative purposes, Caltrans has divided the state of California into 12 districts supervised by district offices. Most districts cover multiple counties; District 12 (Orange County) is the only district with one county. The largest districts by population are District 4 (San Francisco Bay Area) and District 7 (Los Angeles and Ventura counties). Like most state agencies, Caltrans maintains its headquarters in Sacramento, which is covered by District 3.

Several important projects include Interstate 105, the reconstruction of the SR 91/SR 60/I-215 interchange, the San Francisco – Oakland Bay Bridge (East Span), and the Devil's Slide tunnel on Highway 1 in San Mateo County scheduled to be completed in 2011.