Government refers to the legislators, administrators, and arbitrators in the administrative bureaucracy who control a state at a given time, and to the system of government by which they are organized.[1][2] Government is the means by which state policy is enforced, as well as the mechanism for determining the policy of the state.

The word government is derived from the Latin verb gubernare, an infinitive meaning "to govern" or "to manage".

States are served by a continuous succession of different governments.[3] Each successive government is composed of a body of individuals who control and exercise control over political decision-making. Their function is to enforce laws, legislate new ones, and arbitrate conflicts. In some societies, this group is often a self-perpetuating or hereditary class. In other societies, such as democracies, the political roles remain, but there is frequent turnover of the people actually filling the positions.[4]

In most Western societies, there is a clear distinction between a government and the state. Public disapproval of a particular government (expressed, for example, by not re-electing an incumbent) does not necessarily represent disapproval of the state itself (i.e. of the particular framework of government). However, in some totalitarian regimes, there is not a clear distinction between the regime and the state. In fact, leaders in such regimes often attempt to deliberately blur the lines between the two, in order to conflate their interests with those of the polity.[5] 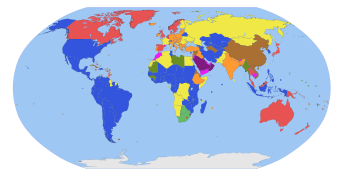