Sri Lanka is an island in the Indian Ocean also called Ceylon and many other names. It is about 28 kilometers (18 mi.) off the southeastern coast of India with a population of about 20 million. Density is highest in the southwest where Colombo, the country's main port and industrial center, is located. The net population growth is about 0,7%. Sri Lanka is ethnically, linguistically, and religiously diverse.

Sinhalese, an Indo-Aryan group make up 73.8% of the population (according to 1981 census) and are concentrated in the densely populated southwest and central parts of the Island. The Sri Lanka Tamils, a Dravidian group, live predominantly in the northeast of the island forming the largest minority group at 12.6% (according to the 1981 census) of the population. The Sri Lankan population after 1981 census are based on estimations given that large areas of northern Sri Lanka were under LTTE control and that large numbers of Tamils have fled abroad. See Sri Lankan Tamil diaspora.

There are also Indian Tamils who form distinct ethnic group which comprises 5.1% of the population. The British brought them to Sri Lanka in the 19th century as tea and rubber plantation workers, and they remain concentrated in the "tea country" of south-central Sri Lanka. In accordance with a 1964 agreement with India, Sri Lanka granted citizenship to 230,000 "stateless" Indian Tamils in 1988. Under the pact, India granted citizenship to the remainder, some 200,000 of whom now live in India. Another 75,000 Indian Tamils, who themselves or whose parents once applied for Indian citizenship, now wish to remain in Sri Lanka. The government has stated these Tamils will not be forced to return to India, although they are not technically citizens of Sri Lanka.

The Moors, who descend from Arab traders that settled in Sri Lanka, form the third largest ethnic group at 7.2% of the population. They are mostly concentrated in urban areas in the southern parts of the island with substantial populations in the Central and Eastern provinces. During times of Portuguese colonization, Moors were persecuted, and many forced to retreat to the central highlands and the eastern coast.

Smaller minorities include the Malays who descent from South East Asian settlers, and the Burghers, who are descendants of European colonists, principally from Portugal, the Netherlands and the UK.

Some one edited this and the numbers are wrong. Please visit Sri Lanka government web site for correct information

1 Indian Tamils were only classified as a separate ethnic group from 1911 onwards. Prior to this they were included with Sri Lankan Tamils. 2 2001 Census was only carried out in 18 of the 25 districts. Inclusion of data would be misleading.

Most Sinhalese are Buddhist; most Tamils are Hindu. The Malays and Moors are Muslim. Sizable minorities of both Sinhalese and Tamils are Christians, most of whom are Roman Catholic. The Burgher population is mostly Roman Catholic or Presbyterian. The Veddahs have Animist and Buddhist practices. The 1978 constitution, while assuring freedom of religion, grants primacy to Buddhism.

1 2001 Census was only carried out in 18 of the 25 districts. Inclusion of data would be misleading. 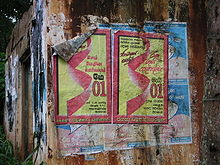 Sinhala, an Indo-European language, is the native tongue of the Sinhalese. Tamils speak Tamil, a Dravidian language. The Moors speak an Arab-Tamil dialect, consisting of a large number of Arabic words while The Malays speak Sri Lanka Malay. Many of the Burghers speak Sri Lankan Indo-Portuguese although its use has declined and all speak Sinhala. The Veddahs speak a language closely related to Sinhala. Use of English has declined since independence, but it continues to be spoken by many in the middle and upper middle classes, particularly in Colombo. The government is seeking to reverse the decline in the use of English, mainly for economic but also for political reasons. Both Sinhala and Tamil are official languages. 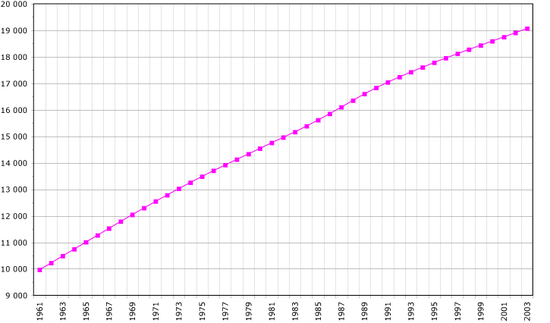 Demographics of Sri Lanka, Data of FAO, year 2005 ; Number of inhabitants in thousands.

21,513,990
note: since the outbreak of hostilities between the government and armed Tamil separatists in the mid-1980s, several hundred thousand Tamil civilians have fled the island and more than 200,000 Tamils have sought refuge in the West (July 2010 est.)

These figures are based on the 2001 census which was only carried out partially in the Northern and Eastern provinces, where the majority of Sri Lankan Tamils live. Therefore the Sri Lankan Tamil percentage is grossly understated. The Sri Lankan government estimates that the Tamils (Sri Lankan and Indian) account for 18% of the population.[5]