History of the Greek cinema

In the spring of 1897, the Greeks of Athens watched the first cinematic ventures (short movies in 'journal'). In 1906 Greek Cinema was born when Manakis brothers started recording in Macedonia, and the French filmmaker Leons produced the first 'Newscast' from the midi-Olympic games of Athens (the unofficial Olympic games of 1906).

The first theater of Athens opened about a year later and other special 'projection rooms' begun their activity. In 1910-11 the first short comic movies were produced by director Spiros Dimitrakopoulos, who also starred in most of his movies. In 1914 the Asty Film company was formed and the production of features was made possible. Golfo (Γκόλφω), a well known traditional love story, is the first Greek movie of feature length.

During the First World War, production was limited to documentaries and newscasts only. Directors like George Prokopiou and Dimitris Gaziadis are distinguished for filming scenes from the battlefield; Burning of Smyrna (1922).

In 1932 the first speaking movie is made by Olympic film, Αγαπητικός της Βοσκοπούλας, directed by D. Tsakiris. Οι Απάχηδες των Αθηνών is one of the most famous early movies, the sound of which is played by a gramophone behind the screen.

Philopemen Finos appeared actively in the production, and was a co-founder of Greek Cinematic Studios (1939). During World War II, Finos founded Finos Films (1942), a company that sealed the fate of commercial Greek cinema. During 1940-44, the most prominent films were: Voice of Heart (Η φωνή της καρδιάς) (1943, directed by D. Ioannopoulos) and Applause (Χειροκροτήματα) (1944, directed by G. Tzavelas). In 1944 Katina Paxinou was honoured with the Best Supporting Actress Academy Award for For Whom the Bell Tolls. Melina Mercouri became well-known to international audiences when she starred in the 1960 film Never on Sunday, directed by Jules Dassin. (The couple collaborated on its 1967 musical stage adaptation, Illya Darling, for which she received a Tony Award nomination, as well.) Nominated for an Academy Award for Never on Sunday, she went on to star in such films as Topkapi, Phaedra, and Gaily, Gaily.

In 1999, TV series writers Michael Reppas and Thanassis Papathanasiou, collaborating with famous actors, made the sex taboo comedy Safe Sex. It proved to be the most successful movie of the decade.

In 2003 another big-budget Greek film named Politiki kouzina (A Touch of Spice), by director Tasos Boulmetis, was the most successful film of the year at the Greek box office, making over 12 million euros. 2004 was also a good year for Greek films with Nyfes gathering more than a million spectators, and over 7 million in box office.

2006 was also a very good year for Greek films, especially for the film Λούφα και Παραλαγή: Σειρήνες στο Αιγαίο (Loafing) and Camouflage: Sirens in the Aegean, that gathered more than 700,000 spectators and over 5 million € in box office. Other Greek films in this period were Loukoumades me Meli and H Chorodia toy Charitonos. Also in 2006 there were the comedy films Straight Story and 5 Lepta akoma and the movie Uranya.

In 2007 films were El Greco, Mia melissa to Augousto and Alter Ego.

In 2009 Dogtooth by Yorgos Lanthimos won the Prix Un Certain Regard at the Cannes Film Festival and in 2011 was nominated for Best Foreign Language Film at the 83rd Academy Awards.[1] 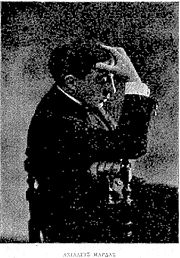 Ahilleas Madras, one of the first actors and film directors. 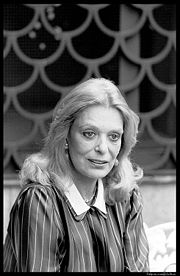 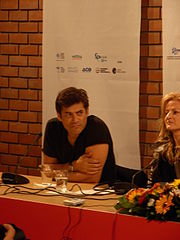