The New York Republican State Committee is the affiliate of the United States Republican Party (GOP) in New York, headquartered in Albany.[1]

The New York Republican State Committee began in 1855 which was one year after the founding of the Republican Party of the United States. The two men that have been cited for the creation of the party are William H. Seward and Thurlow Weed [2]. When the committee first began the meetings were very infrequent. The committee would only meet every three years to make plans for the National Convention. They would meet however occasionally during the campaigning time period. The committee is now required to meet after every election.

Around the time of 1894 when immigration was at its peak, the New York State Constitution created an clause to where upstate New York would have reappointed districts so that there would be more votes per district. This allowed there to be more votes done of initial New Yorkers rather than the immigrants tip the balance of voters. It was not until 1974 when the US Supreme Court deemed that this clause was unconstitutional[3]. This created a turmoil in the politics of New York because the Republican party lost its hold on the legislation in the state level.

The New York Republican State Committee until 1911 nominated its candidates through a primary or caucus system. Because of this type of nomination system the average voter had very little input as to who would be a choice for the state and federal offices. This system was taken out of practice after 1911 once the Direct Primary Law was passed which allowed for more input from the people that were present at the primary [4].

The New York Republican State Committee is dedicated to the GOP views on various issues.

The party is opposed to the idea of a cap and trade due to its implications of a national energy tax. It is however in favor of a cooperation and trade relationship with other countries to trade and use energy from other countries. This party is also a big supporter of alternative fuels. 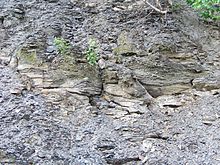 The national Republican Party believes in the increase of production of American made energy and a reduction of dependence on foreign oil. One way the New York Republican State Committee is working towards this goal is to embrace the natural element of marcellus shale which can be drilled for to extract natural gas in the sourthern portion of the state of New York. [5]. This would require a mass amount of drilling very deep into the ground which would be very costly and time consuming. In 2008 Governor David Paterson approved a bill that extended the rules as to where the boundaries were where it was legal to drill for gas[6]. This bill protected the interests of the property owners that were being affected by the long term drilling. It was a worry that this would be misinterpreted that a new type of drilling was allowed and that it was easier to access a permit to drill. When push comes to shove, the bill only discusses the issue of spacing out the boundaries. It does not want to harm the environment.

The party opposes the idea of having the government run the health care system. It believes that it does not promote competition and it does not allow the people to have a choice in their health care. It does not want to raise the taxes of everyone but suggest to lower the health care costs overall. One way in which the party intends to reform the health care system is through Medicare (United States). It wants to compensate doctors more who are considerate and truly care for their patients. This reform also poses to allow every patient to have more of a choice in who their health care provider is. This means that there is more of a private practice of medication as well as treatment [7] Another way in which the New York Republican State Committee wants to improve upon the health care system is through Medicaid. The general idea is to allow there to be more options for the people to chose from. This means that people would purchase their own individual regular health insurance and the people would not have to deal the the federal government. The committee also is in support of what has been called health courts that was proposed by Philip K. Howard [8] These are medical malpractice courts that aim to stop unnecessary injustices between patients and doctors. Judges would resolve any issues which would set a precedent for doctors and patients.

The New York Republican State Committee supports the idea of there being accountability of students and their own education. This would involve there being periodic testing of the basic concepts of education such as math, reading, history and geography. Building on the basics is what the committee wants to focus on[9]. The notion of there being a one size fits all policy is a concept that the committee does not support. It believes that this does not support the discipline or parental involvement that there needs to be in the education system. It supports home schooling and all-girl or all-boys school because it has a main purpose.

New York State has recently had many issues with property taxes. The property taxes are 70% above the national average [10]. It is in upper state New York where these taxes are the worst. To solve this issue of the property tax amount, there is a proposed idea to create a school property tax cap[11]. This would limit the annual tax increase to only 4% or the inflation rate, whichever is lower. The voters even have the choice to over ride the tax cap if they so choose. This tax cap would not include districts where new construction was occurring because it would deliberately increase the property value.

The Republican Party does not support the legalization of gay marriage. It is in support of there being a constitutional amendment that protects the traditional marriage between a man and a woman. This is a goal not only for the state level but for the congressional level as well. The Defense of Marriage Act was a huge part of its platform. This affirmed the right of states not to recognize same-sex "marriages" licensed in other states [12]. However on July 24, 2011 under the Marriage Equality Act same sex marriages became legal in New York. The Marriage Equality Act does not have a residency restriction like some other states and allows religious organizations to decline from officiating same sex wedding ceremonies, similar to being allowed to decline to officiate inter-faith or interracial weddings [13] The GOP and the New York Republican State Committee are very family and value based so this has been an on going conflicting issue within politics.

Republicans in each of New York's 62 counties elect a Republican County Committee every two years. The chair of each county committee is the face of the Republican Party in that County. In addition, Republicans in each of New York's 150 Assembly Districts elect one female and one male district leader. The district leaders within each county make up the executive committee of the individual county committees. The chair along with the executive committee in each county are responsible for growing the party on the local level, as well as running the finances of the local party. They are responsible for finding candidates to run for public office, and when there are multiple candidates they choose which will get the party's nomination, unless both candidates have petitioned enough signatures to trigger a primary.

Every Assembly District in each county elects one male and one female representative who together make up the New York State Republican State Committee. The State Committee runs the party on the state level, and they choose candidates to run for statewide offices. Before every statewide election the party holds a convention where the committee chooses candidate to run for all statewide offices. 60% of the vote is needed to win the party's nomination. If no candidate wins 60%, than any candidate that has received more than 25% of the vote goes on to compete in a primary held in September to win the nomination. Candidates who fail to win 25% of the committee's vote need to petition 15,000 signatures from voters around the state in order to get on the primary ballot.

The New York Republican Party holds a majority in the New York State Senate and 8 of the state's 29 U.S. House seats.

The last Republican US Senator from New York was Alfonse D'Amato, who served three terms before being defeated in 1998 by current US Senator Chuck Schumer.

In the election of November 2009, Republicans made big gains throughout the state especially in the more Democratic dominated Downstate. Republicans ousted incumbent Democratic county executives in Westchester County and in Nassau County. They also took control of county legislatures in Nassau, Dutchess, and Ulster counties, while growing their majority in many Upstate county, city, and town legislators. Republicans also picked up a number of New York City Council seats in Queens, and saw New York City Republican Mayor Michael Bloomberg reelected to a third term. Republicans made a number of significant gains in the Assembly in by-elections in early 2010, picking up two long held Democratic seats in Suffolk and Westchester Counties, while holding on to a seat in Nassau County. Republicans are hoping that the momentum carries on to November when all six statewide offices, the entire state legislature, and all of the state's congressional seats are up for election. They were (and remain) heavily favored to win the special election for the seat formerly held by Democrat Eric Massa, but Democrat Governor David Paterson has refused to call the election in a timely manner in accordance with state and federal law.