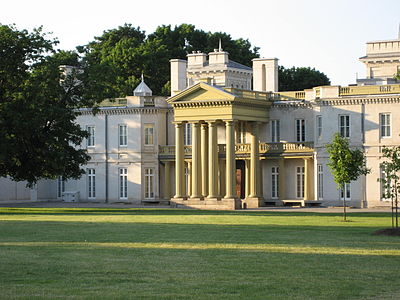 Dundurn Street, is a Lower City arterial road in Hamilton, Ontario, Canada. It is a two-way street that starts off at Mountain Face Park, Niagara Escarpment in front of the Bruce Trail as a collector road, right behind Hillcrest Avenue and then turns into a four lane thoroughfare from Aberdeen Avenue northward to York Boulevard where it ends in front of Dundurn Park.

The section of Dundurn Street north of Main Street was designated as part of Highway 2, until January 1, 1998. 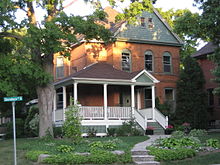 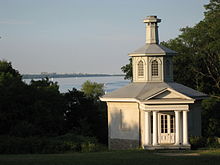 Dundurn Street, originated with Sir Allan MacNab who named his home Dundurn Castle and its landscaped grounds Dundurn Park. Originally Dundurn Street, South of King Street West was known as Garth Street up to 1913. Dundurn is a Gaelic word meaning "the fort on the water." [1] (sic - This is a persistent incorrect translation perpetuated in many historical works about Dundurn Castle. The original source of the error is not known. Dundurn actually derives from the Gaelic words dùn meaning "hill fort" and dòrn meaning "fist", thus Dundurn means "hill fort of a fist". It is named after Sir Allan MacNab's ancestral family home in Dundurn, Perthshire, Scotland, just east of Loch Earn, which was the site of an ancient Pictish hill fort named Dùn Dòrn. So named because the hill upon which it sat is shaped like a fist. There are many Gaelic words referring to water, none of which resembles the place name element durn. The erroneous translation "fort on the water" likely derives from a confusion with the Scots word burn, which means "creek" and is not a Gaelic word at all. - citation to be added shortly) Originally, Dundurn Street was called Garth Street. [2]

The Hamilton Military Museum opened in 1976 and is situated inside Dundurn Park adjacent to Dundurn Castle. It tells the story of the service given by citizens of the Hamilton area from the time of the American Revolution to World War II. [3]

The "Mystery building" at Dundurn Park, just east of Dundurn Castle, was a puzzle for many years. Historians felt it may have been a theatre, a laundry, a boat-house, an office or a chapel for Sir Allan's Roman Catholic wife. Urban legend has it that many under ground tunnels were built leading from the Castle to various parts of the estate and one of the entrance ways was through the "Mystery building." The "mystery" was finally solved during a restoration project. It was discovered that the building was built as a cockpit so MacNab's guests could amuse themselves watching cock fights. Since then it has been used as a theatre and for wedding parties.[4]

Le Centre français Hamilton has been pursuing plans to make the 70-seat Staircase Cafe Theatre[5] on Dundurn Street North into a Francophone cultural centre. The Staircase originally was opened by Hugh MacLeod in 1998 and closed down in the summer of 2006. It is scheduled to re-open in the spring of 2007. The Staircase evolved and expanded from an improvisational comedy workshop to include an artist's gallery, a cafe, a theatre for film and live acts, and a rehearsal space. A former variety store next door was also acquired. It will also be hosting a Francophone Film Festival in early spring 2007.[6]

One can reach the Bruce Trail via the stairway on Dundurn Street South. The trail cuts through the city along the Niagara Escarpment (mountain) and used by many locals for a full days hike. The Trail is 430 miles long and starts at Niagara Falls, passes through Hamilton and ends at the Bruce Peninsula. Hikers are lead to scenic gorges, hidden waterfalls and places of quiet charm. 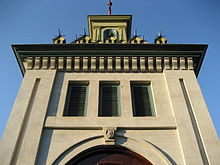 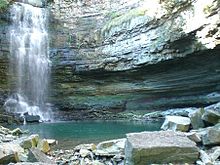 Note: Listing of Landmarks from North to South.

Note: Listing of neighbourhoods from North to South [8]

Note: Listing of streets from North to South.

Roads that are parallel with Dundurn Street

Note: Listing of streets from West to East.