Manor house
This article is about a type of historical building. For other uses, see Manor house (disambiguation). 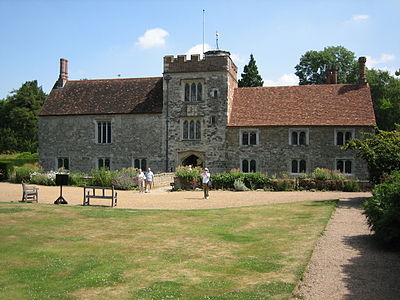 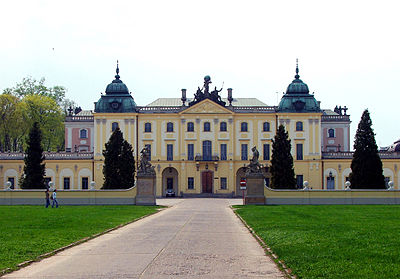 A manor house (often fortified) is a country house that historically formed the administrative centre of a manor, the lowest unit of territorial organisation in the feudal system in Europe. The term is applied to country houses that belonged to the gentry and other grand stately homes. There were manor houses in most European countries, where they were sometimes referred to as castles, palaces, and so on.

"Manor house" is also technical term in the UK for a minor late-medieval country house. They were often fortified but this was intended more for show than for defence.

The manor house was the dwelling house, or "capital messuage", of a feudal lord of a manor, which he occupied only on occasional visits if he held many manors. As such it was the place in which sessions of his "court baron", or manor court, were held. Sometimes a steward or seneschal was appointed by the seigneurial lord to oversee and manage his different manorial properties. The day-to-day administration was delegated to an official, who in England was called a bailiff, or reeve.

Although not typically built with strong fortifications as castles were, many manor-houses were partly fortified: they were enclosed within walls or ditches that often included the farm buildings as well. Arranged for defence against robbers and thieves, it was often surrounded by a moat with a drawbridge, and equipped with small gatehouses and watchtowers; but was not provided with a keep or with large towers or lofty curtain walls so as to withstand a siege. The primary feature of the manor-house was its great hall, to which subsidiary apartments were added as the lessening of feudal warfare permitted more peaceful domestic life.

By the beginning of the 16th century, manor-houses as well as small castles began to acquire the character and amenities of the residences of country gentlemen. This late 16th century transformation produced many of the smaller Renaissance châteaux of France and the numerous country mansions of the Elizabethan and Jacobean styles in England.

Manor Houses in the British Isles 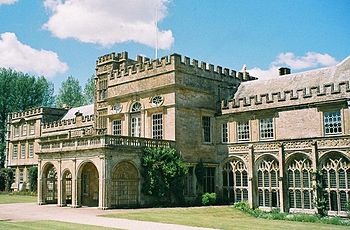 Before around 1600, larger houses were usually fortified, reflecting the position of their owners as feudal lords, de facto overlords of their manors. The Tudor period of stability in England saw the building of the first of the unfortified great houses. Henry VIII's Dissolution of the Monasteries saw many former ecclesiastical properties granted to the King's favourites, who then converted them into private country houses. Woburn Abbey, Forde Abbey and many other mansions with Abbey or Priory in their name often date from this period as private houses.

It was during the second half of the reign of Elizabeth I and under her successor James I that the first architect-designed mansions, thought of today as epitomising the English country house, began to make their appearance. Burghley House, Longleat House, and Hatfield House are among the best known. 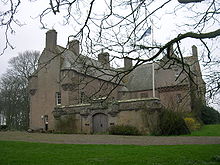 In France, the terms château or manoir are often used synonymously to describe a French manor-house. Maison-forte is another French word to describe a strongly fortified manor-house, which might include two sets of enclosing walls, drawbridges, and a ground-floor hall or salle basse that was used to receive peasants and commoners. The salle basse was also the location of the manor court, with the steward or seigneur's seating location often marked by the presence of a crédence de justice or wall-cupboard (shelves built into the stone walls to hold documents and books associated with administration of the demesne or droit de justice). The salle haute or upper-hall, reserved for the seigneur and where he received his high-ranking guests, was often accessible by an external spiral staircase. It was commonly "open" up to the roof trusses, as in similar English homes. This larger and more finely decorated hall was usually located above the ground-floor hall. The seigneur and his family's private chambres were often located off of the upper first-floor hall, and invariably had their own fireplace (with finely decorated chimney-piece) and frequently a latrine.

In addition to having both lower and upper-halls, many French manor-houses also had partly fortified gateways, watchtowers, and enclosing walls that were fitted with arrow or gun loops for added protection. Some larger 16th-century manors, such as the Château de Kerjean in Finistère, Brittany, were even outfitted with ditches and fore-works that included gun platforms for cannons. These defensive arrangements allowed maisons-fortes, and rural manors to be safe from a coup de main perpetrated by an armed band as there was so many during the troubled times of the Hundred Years War and the wars of the Holy League; but it was difficult for them to resist a siege undertaken by a regular army equipped with (siege) engines.[2] 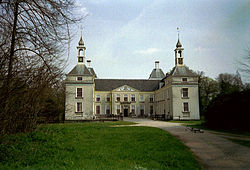 There are many historical manor houses throughout the Netherlands.[3] Some have been converted into museums, hotels, conference centres, etc. Some are located on estates and in parks.

Many of the earlier houses are the legacy of the feudal heerlijkheid system. The Dutch had a manorial system centred on the local lord's demesne. In Middle Dutch this was called the vroonhof or vroenhoeve, a word derived from the Proto-Germanic word fraujaz, meaning "lord". This was also called a hof and the lord's house a hofstede. Other terms were used, including landhuis (or just huis), a ridderhofstad (Utrecht), a stins or state (Friesland), or a havezate (Drente, Overijssel and Gelderland). Some of these buildings were fortified. A number of castles associated with the nobility are found in the country. In Dutch, a building like this was called a kasteel, a slot, a burcht or (in Groningen) a borg.

During the Dutch Golden Age in the 17th century, merchants and regents looking for ways to spend their wealth bought country estates and built grand new homes, often just for summer use. Some purchased existing manor houses and castles from the nobility. Some country houses were built on top of the ruins of earlier castles that had been destroyed during the Dutch Revolt. The owners, aspiring to noble status, adopted the name of the earlier castle.

Buitenplaats Frankendael in Watergraafsmeer, near Amsterdam

These country houses or stately homes (called buitenplaats or buitenhuis in Dutch) were located close to the city in picturesque areas with a clean water source. Wealthy families sent their children to the country in the summer because of the putrid canals and diseases in the city. A few still exist, especially along the river Vecht, the river Amstel, the Spaarne in Kennemerland, the river Vliet and in Wassenaar. Some are located near former lakes (now polders) like the Wijkermeer, Watergraafsmeer and the Beemster. In the 19th century, with improvements in water management, new regions came into fashion, such as the Utrecht Hill Ridge (Utrechtse Heuvelrug) and the area around Arnhem.

Today there is a tendency to group these grand buildings together in the category of "castles". There are many castles and buitenplatsen in all twelve provinces. A larger-than-average home is today called a villa or a herenhuis, but despite the grand name this is not the same as a manor house.

A few of the more prominent Dutch manor houses are: 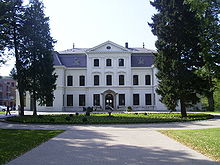 The German equivalent of a manor house is a Gutshof (or Gut, Rittergut, Landgut or Bauerngut). Also used are Herrenhaus and Domane. Schloss (pl. Schlösser) is another German word for a building similar to manor house, stately home, château or palace. Other terms used in German are Burg (castle), Festung (fort/fortress) and and Palais/Palast (palace). 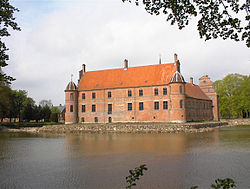 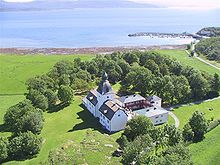 Austråttborgen on the Trondheimsfjord is one of the oldest Norwegian manors 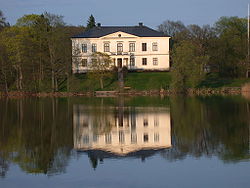 Manor Houses in the Iberian Peninsula 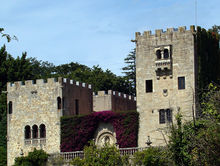 A pazo is a type of grand old house found in Galician. Similar to a manor house, a pazo is usually located in the countryside and the former residence of an important nobleman or other important individual. They were of crucial importance to the rural and monastic communities around them. The pazo was a traditional architectural structure associated with a community and social network. It usually consisted of a main building surrounded by gardens, a dovecote and outbuildings such as a small chapels for religious celebrations. The word pazo is derived from the Latin palatiu(m) ("palace").

In Spain a good many old manor houses, palaces, castles and grand homes have been converted into a type of hotel called parador.

In Portugal, a manor house is often called a paço, which means "palace" in Portuguese. Many have been converted into a type of hotel called pousada.

See: List of palaces and manor houses in Latvia

Manor Houses Outside of Europe

The term "manor house" can be used to refer to any grand, stately home, including those that do not have a history rooted in European feudalism.