Sulaymaniyah (Kurdish: سلێمانی / Silêmanî, Ar: السليمانية) is a city in Iraqi Kurdistan, Iraq. It is the capital of Sulaymaniyah Governorate. Sulaymaniyah is surrounded by the Azmar Range, Goizja Range and the Qaiwan Range in the north east, Baranan Mountain in the south and the Tasluje Hills in the west. The city has a semi-arid climate with very hot and dry summers and very cold winters. Sulaymaniyah served as the historic capital of the Kurdish principality of Baban from 1784 to 1850.

The modern city of Sulaymaniyah was founded on 14 November 1784 by the Kurdish prince Ibrahim Pasha Baban who named it after his father Sulaiman Pasha. Because it was founded as the capital of a powerful Kurdish principality, Sulaymaniyah has developed into a large city with a population of about 1.041.490 people. It is the cultural center of the Sorani-speaking Kurds and an important economic center for Iraqi Kurdistan. 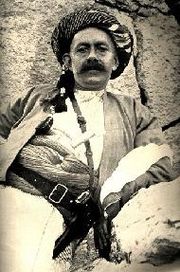 Men rally at the day of the Kurdish new year Newroz; Events like this gained the city its reputation of being the centre for Kurdish patriotism.

The region of Sulaymaniyah was known as Zamwa prior to the foundation of the modern city in 1784. The capital of the Kurdish Baban principality (1649–1850), before Sulaymaniyah was a territory named "Qalachwalan". At the time of the Babani's rule there were major conflicts between the Safavid dynasty and the Ottoman Empire. Qalachuwalan became a battle ground for the two rivals.[3]

Being of strategic importance and lying deep inside Safavid territory, there was major concern that Qalachwalan would be attacked and captured if the Babanies did not give the Safavids military support, as both Sultan Mahmud II and Nadir Shah were trying to gain the support of the dispersed Kurdish Emirates.[3] This obliged Mahmud Pashah of Baban in 1781 to think about moving the center of its Emirate to another safer place. He chose Melkandi, then a village, to construct a number of Serahs for his political and armed units.[3]

In 1783 Ibrahim Pasha of Baban undertook the rule of the Emirate and began the construction of a new city which would become the capital of the Baban Emirate. In 1784 he finished erecting a number of palaces for trade called Qaiseries and bazars, which were used as baths as well, and began inviting people from the surrounding villages and even Emirates to move over to the newly established city, soon Malkandi which was originally intended to be the city itself instead became one of its quarters and still is today.[3]

Sulaymaniyah has since its foundation been the center of Kurdish nationalism, and it was from here that Mahmud Barzanji sparked the first rebellion against the British occupation on May 22, 1919 with the arrest of British officials in Sulaymaniyah and declared an independent Kurdistan at that same year. On 10 October 1921, a statement was issued in Sulaymaniyah, then the capital of Kurdistan, to establish the Kingdom of Kurdistan.[3] Sheikh Mahmud Barzanji, now backed by the British, declared himself as the King of the Kingdom of Kurdistan

The British occupation declared Sheikh Mahmud as king in order to silence the residents of Sulaymaniyah and stop their rebellion, but Sheikh Mahmud acted and ruled independently from the British, and wanted them out of the kingdom. As a result, in the same year, he was exiled for several years to the Andaman islands in India by the British occupation, only to return and raise another unsuccessful rebellion centered in Sulaymaniyah in 1923.

In 1925 mass revolts broke out against British and Winston Churchill argued ‘in favour of using poisoned gas against uncivilized tribes’ but contrary to recent claims, there is no evidence that it was ever used.[4] In January 1926 the League of Nations gave the mandate over the territory to Iraq, with the provision for special rights for Kurds. In 1930-1931,Sheikh Mahmud Barzanji made his last unsuccessful attempt to free Kurdistan, he retreated into the mountains, and later signed a peace accord with the Iraqi government and settled in the new Iraq in 1932. The first and oldest neighborhood in the city is called "Goija", which was named after the mountain overlooking the city. "Sabunkaran" was of the cities first neighborhoods, its name means "those who make soap" in Kurdish, its residents were mainly involved in the soap industry. "Julakan" or the Jews neighborhood where it was mainly inhabited by Kurdish Jews. In the fifties and after the establishment of the state Israel, most of its inhabitants migrated to the newly created state. In 23 April 1982 a demonstration broke out in the city against the arrests and torture of the city's youths who were accused of palnning revolt against the ruling Arab Ba'ath regime.

Since liberation in 1991, it has been administered by Kurdish Government and serves as one of the metropolises of Iraqi Kurdistan.

In 1820 and after only 26 years of the creation of the city, a British man named Rech had visited the city and estimated that the number of its residents is more than ten thousand, containing 2144 families of which 2000 were muslim, 130 Jewish, and 14 Christian families.[5] Ottoman documents dating back to 1907 suggests that there were 8702 muslim and 360 non-muslim residents living in the city. According to "Peshkawtin" newspaper which was distributed in Slemani in 1920 estimated its population to be around ten thousand. According to Iraqi government documents of 1947 the number of residents moved up to 23475. In 1998 to 548747, and in 2009 to 648000.[5]

The city is located in the northern part of the Iraq and although the weather in the summer is rather warm, with temperaturs ranging from 15 C (60 F) to 35 C (95 F) and some times up until 40 C (104 F).[6] In the winters, there are a significant amount of snow and the Sulaymania temperatures are both dense in the summer and dry and windy in the winter. The city is actually known as the "windy-city" in the region among Kurds. One of the reasons for that is the mountains that surround the city. From north, there are mountain Gouixa and to the south Chuarta, forcing the air in the city to be condensed and compacted and often quite rainy.

Sulaymaniyah governorate has much fertile land such as the Sharazor and Bitwen plains which are considered two of the most fertile plains in the Middle East. Historically, Sulaymaniyah was mainly agricultural and one of the major suppliers of wheat and other agricultural products. Its role declined due to the policies of Saddam Hussein aimed at reducing the city's economical potential as it was a center of the Kurdish revolution.

Since 2003 Iraqi Kurdistan has seen a huge economic boom. Sulaymaniyah's economy today relies on tourism, agriculture[8] and a number of small factories, most involved in the building trade.

In 2004 the Comprehensive Food Security and Vulnerability Analysis in Iraq released a in-depth survey of Sulaymaniyah Governorate in which they surveyed each city. In this survey one can see the economic boom of 2003 mentioned earlier.[9]

Iraqi Kurdistan has become a safe haven and a tourist attraction for Iraqis and non-Iraqis due to its beauty and security. It was home to more than 60,000 tourists in 2009.[10] Sulaymaniyah attracted more than 15,000 Iranian tourists in the first quarter of 2010, many drawn by the fact it is not subject to strict laws faced at home. Newroz 2010 drew an exodus of Iranian tourists choosing to celebrate the event in the region.[11]

Students outside the main administrative building of The American University of Iraq – Sulaimani.

Education is free from primary school until graduation from university. The University of Sulaymaniyah was opened in 1968 with instruction in Kurdish, Arabic, and English. It has faculties in engineering, agriculture, the arts, science, and medicine.It is the largest university in Iraqi Kurdistan. The University was moved during the 1980s to Erbil which is now known as the Salahaddin University.

A new University of Sulaymaniyah[15] was established in 1991, teaching in Kurdish, English and Arabic.

In 2008 the University of Human Development was opened in Qaradax with three colleges and four departments. Its first year courses include law, politics, computer engineering and English language.

Kurdistan University of Science and Technology (KUST) - Sulaymani was established and licensed by the Ministry of High Education and Scientific Research in Kurdistan Region Government, by the official letter no. 17867/7 on October 18, 2009. KUST is a private university governed by a Board of Trustees and run by an Administration Council. Its main campus is located in the city of Sulaymani, in Kurdistan- Iraq.

KUST offered its first teaching classes in 2010 with an English language summer course (levels 1 and 3).[17] 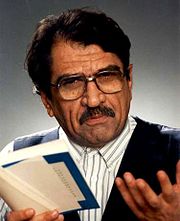 Sulaymaniyah is considered the center of the Sorani Kurdish culture in Kurdistan. It is recognized officially as the cultural capital of Iraqi Kurdistan. Development of Sorani as a modern literary language started in this city in the early 19th century, when many Kurdish poets such as Nalî, Piramerd, Muhamed Amin Zaki, Abdulla Goran, Muhamad Salih Dilan, Ahmad Hardi, Ibrahim Ahmad, Sherko Bekas and Bachtyar Ali published their works.

The city is known for its open, relatively liberal and tolerant society when compared to other cities of Kurdistan and Iraq.. In 2006 the Movement for Change started in Sulaymaniyah and challenged what it called the "corrupt" and "nepotistic" Kurdish Government. The movement gained massive support from the city.

The two independent newspapers Hawlati[20] and Awena[21] and the only independent political magazine Lvin, are published and distributed in Slemani city.

Sulaymaniyah assumes its own style of music which have borrowed from traditions of the city, Muhamad Salih Dilan is widely considered to be the greatest singer from the city and had the greatest role in developing Kurdish maqam.The city is also considered to be the birth place of modern Kurdish music, the key figures in this field are Karwan Osman (born in 1968) who was executed by the Ba'ath regime in 1991 after in his imprisonment for one year in the Abu Ghraib prison and more academically Xalîd Reşîd.

It is the only city in Iraq that regularly celebrates world music day or Fête de la Musique. In one trip to the city a journalist working for BBC writes about Sulaymaniyah's distinct culture: "Culture is hugely important to Kurdish people, especially in Sulaymaniyah, but there is a strong pull to the west – the modernisation and consumerism – driven perhaps by the satellite televisions they have had access to since they started running their own affairs."[22]

"And at the university, students mill around the campus, chattering with each other and doing some last minute cramming for their exams. Remarkably in this part of Iraq, the war only stopped lectures for a few weeks. "[22] There are probably more women than men and they are happy to air their views to anyone who asks."

In February 2011 multiple demonstrations took place in Sulaymaniyah against corruption and lack of services. The protest escalated and lasted for more than 40 days causing clashes between security forces and demonstrators until an eventual crackdown on the demonstrators left 10 dead and several hundred wounded.