Mulatto denotes a person with one white parent and one black parent, or more broadly, a person of mixed black and white ancestry.[1] Contemporary usage of the term varies greatly, and the broader sense of the term makes its application rather subjective, as not all people of mixed white and black ancestry choose to self-identify as mulatto.[2] Some reject the term because of its association with slavery and colonial and racial oppression, preferring terms such as "mixed", "biracial"[citation needed], and "African-American" (in the United States). Mulattos may also be an admixture of Native American, South American native and African Americans[3] according to Henings Statutes of Virginia 1705, which reads as follows: "And for clearing all manner of doubts which hereafter may happen to arise upon the construction of this act, or any other act, who shall be accounted a mulatto, Be it enacted and declared, and it is hereby enacted and declared, That the child of an Indian and the child, grand child, or great grand child, of a negro shall be deemed, accounted, held and taken to be a mulatto."[4] However, today those who are mixtures of Indigenous peoples of the Americas and Black Africans are called Zambos while those who are mixtures of African American and Native American are called Black Indians and sometimes are solely classified or identify as African American.[3] 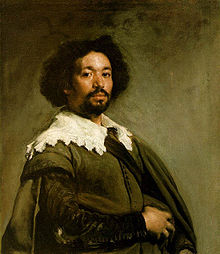 The etymology of the term is uncertain. It may derive from the Spanish and Portuguese word mulato, which is itself derived from mula (from old Galician-Portuguese, from Latin mūlus), meaning mule, the hybrid offspring of a horse and a donkey.[5][6][7]

Some dictionaries and scholarly works trace the word's origins to the Arabic term muwallad, which means "a person of mixed ancestry".[8] Muwallad literally means "born, begotten, produced, generated; brought up," with the implication of being born and raised among Arabs, but not of pure Arab blood. Muwallad is derived from the root word WaLaD (Arabic: ولد direct Arabic transliteration: waw, lam, dal), and it should be kept in mind that colloquial Arabic pronunciation can vary greatly. Walad means, "descendant, offspring, scion; child; son; boy; young animal, young one." Muwallad referred to the offspring of Arab men and foreign, non-Arab women. The term muwalladin is still used in Arabic to describe children of Arab fathers and foreign mothers. According to Julio Izquierdo Labrado,[9] the nineteenth-century linguist Leopoldo Eguilaz y Yanguas, as well as some Arabian sources[10] muwallad is the etymological origin of mulato. These sources specify that mulato would have been derived directly from muwallad independently of the related word muladí, a term that was applied to Iberian Christians who had converted to Islam during the Moorish governance of Iberia in the Middle Ages.

However, the Real Academia Española (Spanish Royal Academy) casts doubt on the muwallad theory. It states, "The term mulata is documented in our diachronic data bank in 1472 and is used in reference to livestock mules in Documentacion medieval de la Corte del Justicia de Ganaderos de Zaragoza, whereas muladí (from mullawadí) does not appear until the 18th century, according to [Joan] Corominas".[11]

In Portuguese-speaking Africa, the term mestiço is used officially to describe people of mixed European and African ancestry.

Of São Tomé and Príncipe's 193,413 inhabitants, the largest segment is defined as mestiço[12] and 71% of the population of Cape Verde is also classified as such.[13] The great majority of their current populations descend from the mixing of the Portuguese that initially settled the islands from the 15th century onwards and the black Africans brought from the African mainland to work as slaves.

In Angola and Mozambique, they constitute smaller but still important minorities; 2% in Angola[14] and 0.2% in Mozambique.[15]

In Namibia a current day population of between 20,000 and 30,000 people, known as Rehoboth Basters, descend from liaisons between the Cape Colony Dutch and indigenous African women. The name Baster is derived from the Dutch word for ‘bastard’ (or ‘crossbreed'). While some people consider this term demeaning, the Basters proudly use the term as an indication of their history.

In South Africa the term Coloured (also known as Bruinmense, Kleurlinge or Bruin Afrikaners in Afrikaans) used to refer to individuals who possess some degree of sub-Saharan ancestry, but not enough to be considered Black under the Law of South Africa. In addition to European ancestry, they may also possess ancestry from India, Indonesia, Madagascar, Malaysia, Mauritius, Sri Lanka, China and Saint Helena. Besides the extensive combining of these diverse heritages in the Western Cape, in other parts of southern Africa, their development has usually been the result of the meeting of two distinct groups. Thus, in KwaZulu-Natal, most coloureds come from British and Zulu heritage, while Zimbabwean coloureds come from Shona or Ndebele mixing with British and the Afrikaner settlers. Griqua, on the other hand, are descendants of Khoisan and Afrikaner trekboers. Despite these major differences, the fact that they draw parentage from more than one "naturalised" racial group means that they are "coloured" in the southern African context. This is not to say that they necessarily identify themselves as such – with a small number preferring to call themselves "black" or "Khoisan" or just "South African." The Coloureds comprise 8.8% (about 4.4 million people) of South Africa's population.

In Swaziland, although a subdued aspect of their history, many ethnic Swazi descend from mulatto offspring born to native women by way of rape during the British colonial rule of the country.

Latin America and the Caribbean 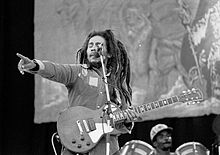 Bob Marley was born to a white father and black mother.

The roughly 200,000 Africans brought to Mexico were for the most part absorbed by the mestizo populations of mixed European and Amerindian descent. The state of Guerrero once had a large population of African slaves. Other Mexican states inhabited by people with some African ancestry, along with other ancestries, include Oaxaca, Veracruz, and Yucatán.[citation needed]

Other sources cite that more than 50% of Cubans are mulatto, about 40 percent of Brazilian people are mulatto/mestizo, and 67% of Venezuelans mestizo with African ancestry.[21]

According to an autosomal DNA study conducted on a school in the poor periphery of Rio de Janeiro, the "pardos" (including mulattos) there were found to be on average over 80% European. "The results of the tests of genomic ancestry are quite different from the self made estimates of European ancestry", say the researchers. In general, the test results showed that European ancestry is far greater than the students thought it would be. The "pardos", for example, thought of themselves as 1/3 European, 1/3 African and 1/3 Amerindian before the tests.[24][25] Along the same vein, it turned out that white students had overestimated their ratio of African and Amerindian genetic ancestry.[24]

According to the IBGE 2000 census, 38.5% of Brazilians identified themselves as pardo, i.e. of mixed ancestry.[26][27] This figure not only includes mulatto people but also includes other multiracial people, such as people who have European and Amerindian ancestry (called caboclos), as well as assimilated, westernized Amerindians and mestizos with some Asian ancestry. A majority of mixed-race Brazilians have all three origins: European, African, and Amerindian ancestry. According to the Brazilian Institute of Geography and Statistics census 2006, some 42.6% of the Brazilians have identified themselves as pardo.[28]

The majority of White Brazilians (48.4%) are of mixed-race (both Subsaharan African and Amerindian ancestry), but also the average ancestry of the Afro-Brazilians self-identified as de raça negra or de cor preta i.e. Brazilians of Black African origin (6.9%) and not self-perceived multiracials (42.6%), is 50% European, 10% Amerindian and 40% African. If so, a much larger number of Brazilians (about 80% to 95%) are "mulattoes and mestizos" in a broader meaning, although their constructed identity can be based in many another factors.

The term mulatto (mulato in Portuguese) does not carry a racist connotation and is used along with other terms like moreno, light-moreno and dark-moreno. These focus more on the skin color than on the ethnicity, although they can refer to hair color alone - e.g. "light-moreno" would be "caucasian brunette". Such terms are also used for other multiracial people in Brazil, and they are the popular terms for the pardo skin color used on the 2000 official census.[citation needed]

During the European colonization of the Americas, the rape of African slave women was not held to be a crime under Colonial Law. Under chattel slavery, white slave masters often compromised their female subjects, producing varying degrees of mulatto offspring. Depending on the offspring's phenotype, they would continue living as slaves (as their mothers), specifically in the Southern United States, mulattoes inherited slave status if their mothers were slaves. Some offspring were afforded the life of passing for white. This practice continued throughout the course of the Trans-Atlantic Slave Trade, involving many generations, producing posterity with varying degrees of sub-Saharan and European genetic ancestry and a very broad range of phenotypes. For example, present-day descendants of these offspring can appear solely sub-Saharan in lineage, including having extremely afro-textured hair, or possess purely Nordic physical traits. This type of legacy has produced the debatable sub-Saharan/Caucasian admixture that exists among Americans today, as well as in populations in other parts of the world. As for free mulattoes, in Spanish- and French-influenced areas of the South prior to the Civil War (particularly New Orleans, Louisiana[citation needed]), a number of mulattoes were free and slave-owning.[29] Some white slave owners, who continued the legacy of slave rape, were also of mixed ancestry. This posterity, enduring changing social and political climates in American history, often interbred and intermarried among other populations, such as Native Americans; and some resulting from miscegenation, such as Black Indians (see Melungeon). These circumstances further contributed to the modern day genetic melting pot in America.

Mulatto existed as an official census category until 1930. Although it is sometimes used to describe individuals of mixed European and African descent, it originally referred to anyone with mixed ethnicities; in fact, in the United States, "mulatto" was also used as a term for those who were African American and Native American ancestry during the early census years.[30][31][32][33] Mulatto was also used interchangeably with terms like "turk", leading to further ambiguity when referring to many North Africans and Middle Easterners.[34] In the 2000 United States Census 6,171 Americans self-identified with mulatto ancestry.[35]

In addition, the term "mulatto" was also used to refer to the offspring of whites who intermarried with South Asian indentured servants brought over to the British American colonies by the East India Company. For example, a Eurasian daughter born to an South Asian father and Irish mother in Maryland in 1680 was classified as a "mulatto" and sold into slavery.[36] Although still in use by many including mulattoes themselves, in the last half century the term mulatto has fallen out of favor among some people and may be considered offensive by some in the United States. Today among a number of people the preferred terms are generally biracial, multiracial, mixed-race, and multiethnic.