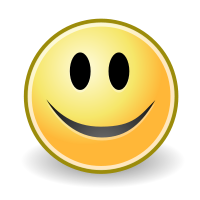 The smiley face is a well-known symbol of happiness

Happiness is a mental state of well-being characterized by positive emotions ranging from contentment to intense joy.[1] A variety of biological, psychological, religious, and philosophical approaches have striven to define happiness and identify its sources.

Various research groups, including Positive psychology, endeavor to apply the scientific method to answer questions about what "happiness" is, and how we might attain it.

Philosophers and religious thinkers often define happiness in terms of living a good life, or flourishing, rather than simply as an emotion. Happiness in this older sense was used to translate the Greek Eudaimonia, and is still used in virtue ethics.

Happiness economics suggests that measures of public happiness should be used to supplement more traditional economic measures when evaluating the success of public policy. 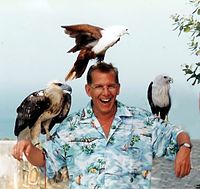 Martin Seligman asserts that happiness is not just external, momentary pleasures.[2] Flow (engagement) and general life satisfaction are parts of happiness too, for example. 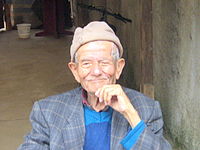 Happiness is a fuzzy concept and can mean many things to many people. Part of the challenge of a science of happiness is to identify different concepts of happiness, and where applicable, split them into their components.

In the 2nd Edition of the Handbook of Emotions (2000), evolutionary psychologists Leda Cosmides and John Tooby say that happiness comes from "encountering unexpected positive events". In the 3rd Edition of the Handbook of Emotions (2008), Michael Lewis says "happiness can be elicited by seeing a significant other". According to Mark Leary, as reported in a November 1995 issue of Psychology Today, "we are happiest when basking in the acceptance and praise of others". In a March 2009 edition of The Journal of Positive Psychology, Sara Algoe and Jonathan Haidt say that "happiness" may be the label for a family of related emotional states, such as joy, amusement, satisfaction, gratification, euphoria, and triumph.

According to a review in Boston.com on August 23, 2009, money doesn't buy much happiness unless it's used in certain ways. "Beyond the point at which people have enough to comfortably feed, clothe, and house themselves, having more money - even a lot more money - makes them only a little bit happier." However we can sometimes get more happiness bang for our buck by spending it in prosocial ways. A Harvard Business School study found that "spending money on others actually makes us happier than spending it on ourselves".

There are various factors that have been correlated with happiness,[3] but no validated method has been found to improve happiness in a meaningful way for most people.

There have also been some studies of how religion relates to happiness. Causal relationships remain unclear, but more religion is seen in happier people. This correlation may be the result of community membership and not necessarily belief in religion itself. Another component may have to do with ritual, according to a 2009 article in Frontiers in Evolutionary Neuroscience.

Abraham Harold Maslow (April 1, 1908–June 8, 1970), an American professor of psychology, founded humanistic psychology. A visual aid he created to explain his theory, which he called the hierarchy of needs, is a pyramid depicting the levels of human needs, psychological, and physical. When a human being ascends the steps of the pyramid, he reaches self-actualization. Beyond the routine of needs fulfillment, Maslow envisioned moments of extraordinary experience, known as peak experiences, profound moments of love, understanding, happiness, or rapture, during which a person feels more whole, alive, self-sufficient, and yet a part of the world.

Happiness forms a central theme of Buddhist teachings[dubious – discuss]. For ultimate freedom from suffering, the Noble Eightfold Path leads its practitioner to Nirvana, a state of everlasting peace. Ultimate happiness is only achieved by overcoming craving in all forms. More mundane forms of happiness, such as acquiring wealth and maintaining good friendships, are also recognized as worthy goals for lay people (see sukha). Buddhism also encourages the generation of loving kindness and compassion, the desire for the happiness and welfare of all beings.[4][5][unreliable source?]

In Catholicism, the ultimate end of human existence consists in felicity (Latin equivalent to the Greek eudaimonia), or "blessed happiness", described by the 13th-century philosopher-theologian Thomas Aquinas as a Beatific Vision of God's essence in the next life.[6]

The Chinese Confucian thinker Mencius, who 2300 years ago sought to give advice to the ruthless political leaders of the warring states period, was convinced that the mind played a mediating role between the "lesser self" (the physiological self) and the "greater self" (the moral self) and that getting the priorities right between these two would lead to sage-hood. He argued that if we did not feel satisfaction or pleasure in nourishing one's "vital force" with "righteous deeds", that force would shrivel up (Mencius,6A:15 2A:2). More specifically, he mentions the experience of intoxicating joy if one celebrates the practice of the great virtues, especially through music.[7]

Al-Ghazali (1058–1111) the Muslim Sufi thinker wrote the Alchemy of Happiness, a manual of spiritual instruction throughout the Muslim world and widely practiced today.

The Hindu thinker Patanjali, author of the Yoga Sutras, wrote quite exhaustively on the psychological and ontological roots of bliss.[8]

In the Nicomachean Ethics, written in 350 BCE, Aristotle stated that happiness (also being well and doing well) is the only thing that humans desire for its own sake, unlike riches, honor, health or friendship. He observed that men sought riches, or honor, or health not only for their own sake but also in order to be happy. Note that eudaimonia, the term we translate as "happiness", is for Aristotle an activity rather than an emotion or a state.[9] Happiness is characteristic of a good life, that is, a life in which a person fulfills human nature in an excellent way. People have a set of purposes which are typically human: these belong to our nature. The happy person is virtuous, meaning they have outstanding abilities and emotional tendencies which allow him or her to fulfill our common human ends. For Aristotle, then, happiness is "the virtuous activity of the soul in accordance with reason": happiness is the practice of virtue.

Many ethicists make arguments for how humans should behave, either individually or collectively, based on the resulting happiness of such behavior. Utilitarians, such as John Stuart Mill and Jeremy Bentham, advocated the greatest happiness principle as a guide for ethical behavior. 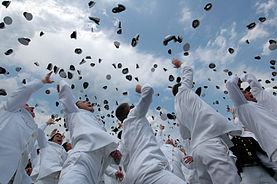 Newly commissioned officers celebrate their new positions by throwing their midshipmen covers into the air as part of the U.S. Naval Academy class of 2005 graduation and commissioning ceremony.
Main article: Happiness economics

Common market health measures such as GDP and GNP have been used as a measure of successful policy. On average richer nations tend to be happier than poorer nations, but this effect seems to diminish with wealth.[10][11] This has been explained by the fact that the dependency is not linear but logarithmic, i.e., the same percentual increase in the GNP produces the same increase in happiness for wealthy countries as for poor countries.[12][13][14][15]

Economic freedom correlates strongly with happiness[16] preferably within the context of a western mixed economy, with free press and a democracy. "Socialist" East European countries were less happy than Western ones, even less happy than other equally poor countries.[17] It would be inaccurate to consider the ex-Soviet states as socialist, however, as socialism indicates that the workers own the means of production, which under the Soviet Union was not the case.[18]

It has been argued that happiness measures could be used not as a replacement for more traditional measures, but as a supplement.[19] According to professor Edward Glaeser, people constantly make choices that decrease their happiness, because they have also more important aims. Therefore, the government should not decrease the alternatives available for the citizen by patronizing them but let the citizen keep a maximal freedom of choice.[20]

It has been argued that happiness at work is one of the driving forces behind positive outcomes at work, rather than just being a resultant product.[21]