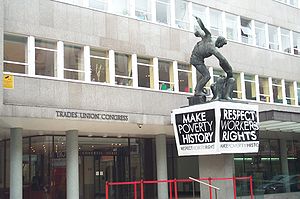 Make Poverty History was an anti-poverty campaign, a coalition of charities, religious groups, trade unions and campaigning groups. Members of its British and Irish group were: