It was expected to be called early because the governing Progressive Conservatives held a leadership election on December 2, 2006, in which Ed Stelmach was elected to replace Ralph Klein as party leader and Premier. The election was called when Stelmach formally advised Lieutenant Governor Norman Kwong to dissolve the Legislature, which happened on February 4, 2008.[1]

With 53% of the popular vote, the Progressive Conservatives won a decisive majority over the Liberal and other parties, despite early suggestions of a closer race.[citation needed]

The 2008 election had the lowest voter turnout in the province's history, with only 40.59% of eligible voters casting a ballot.[2]

On election night the Progressive Conservatives were able to increase their majority by winning seats previously held by opposition parties. The Tories also increased their share of the popular vote, and even though the Tories' share of this vote was still significantly less than it was in 2001 they managed to win just two fewer seats than they won in that election. The reasons for this development include the fact that the Tories' continued to poll a significant share of the rural electorate and also because the Tories' support in the major cities was much more evenly divided between Calgary and Edmonton this time. The Conservative gains came mostly in and around Edmonton where the party recorded its best result since 1982.

The Alberta Liberals who held onto official opposition status sustained a net loss of seven of their 16 existing seats, especially in the Edmonton area where they were reduced to just three seats, but they were able to win five seats in Calgary (a net gain of one seat and the largest total won by that party in that city in the past 50 years). The Liberals also held their existing seat in Lethbridge for a total of nine seats.

The other parties that were represented in the legislature also suffered losses on election night. The Alberta New Democrats lost two of their four Edmonton seats, and the Wildrose Alliance Party was shut out of the legislature when their leader Paul Hinman was very narrowly defeated in his own constituency of Cardston-Taber-Warner.

Cost: Net costs are zero as a result of re-allocating existing dollars and increased royalty revenues.

Costs: Cost of promises not released. 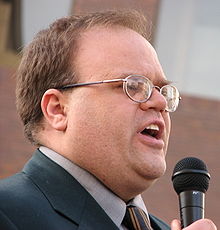 George Read, Leader of the Alberta Greens during the 2008 general election

1 "Edmonton" corresponds to only the city of Edmonton. (Only the ridings whose names begin with "Edmonton".) The four suburban ridings around the city as listed below are grouped with central Alberta in this table.

The following is a list of ridings that were narrowly lost by the indicated party in the 2004 election. For instance, under the Liberal column are the nine seats in which they came closest to winning but did not. Listed is the name of the riding, followed by the party which was victorious (in parentheses) and the margin, in terms of percentage of the vote, by which the party lost.

These ridings were likely targeted by the specified party because the party lost them by a very slim margin in the 2004 election.

Up to ten are shown, with a maximum margin of victory of 15%.