Blagoevgrad (Bulgarian: Благоевград) is а city in southwestern Bulgaria, the administrative centre of Blagoevgrad Province, with a population of about 74,302 (as of 2011[update]). It lies on the banks of the Blagoevgradska Bistritsa River.

The city is the economic and cultural centre of southwestern Bulgaria. It is located in the valley of the Struma River at the foot of the Rila and Pirin Mountains, 101 km south of Sofia, close to the Greek, Serbian and Republic of Macedonia borders. Blagoevgrad features a pedestrian downtown with preserved 19th century architecture and numerous restaurants, cafes, coffee shops, and boutiques.

Blagoevgrad is home to two universities, the South-West University "Neofit Rilski" and the American University in Bulgaria. The city hosts also the "Sts. Cyril and Methodius National Humanitarian High School", the former Bulgarian Men's High School of Thessaloniki moved from Thessaloniki to Blagoevgrad (then Gorna Dzhumaya) in 1913. Attractions in the surrounding area include the resort Bodrost.

The climate is transitional continental with a strong Mediterranean influence, due to air masses that enter from the south valley of the river Struma. The city is protected from cold northerly winds due to the natural barrier of the high hills of Rila massif and the village of Belo pole. Mountain breeze descends from Rila along the river Bistritsa bringing cool air during hot summer days. Wind is moderate - 1.6 meters per second. Thanks to the many mountain forests around the town and the lack of industrial pollution, the air is clean in Blagoevgrad. Winter is mild, brief and marked by little to no snowfall. The average temperature in January is 0,6 °C. Summers are long and dry, with a small amount of rainfall. The average July temperature is 23,4 °C and the maximum temperature measured in Blagoevgrad is 39,9 °C. The average annual temperature is approximately 12,6 °C. 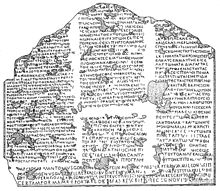 An ancient Thracian settlement called Scaptopara (Σκαπτοπαρα in Greek) emerged on the site around 300 BC and was later conquered by the Roman Empire. The settlement was known for the hot springs in the vicinity. Although the history of the settlement in the Middle Ages is unknown, during the Ottoman rule of the Balkans it became a Muslim-majority town called Cuma-ı Bala, meaning Upper Juma in Persian and Ottoman Turkish. A Bulgarian quarter called Varosha was formed during the Bulgarian National Revival, with many of its typical houses and the Church of the Presentation of the Mother of God from 1844 being preserved to this day. A chitalishte was founded in 1866 and the Balkan Wars of 1912-1913 saw the liberation of the area from Ottoman rule and its integration in the Bulgarian state. Before the Balkan Wars, Cuma-ı Bala was bounded as kaza to Serez sandjak in Selanik vilayet. 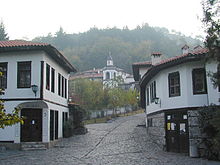 Houses in Varosha, the old quarter of Blagoevgrad

Many refugees from Aegean and Vardar Macedonia arrived in the town in the subsequent decades as the town, then known as Gorna Dzhumaya (a partial translation of the Ottoman name), continued to grow in size and importance. The name Gorna Dzhumaya ( Горна Джумая; "Upper Dzhumaya") contrasts the town from Dolna Dzhumaya (Долна Джумая; "Lower Dzhumaya", "Cuma-i Zir" in Turkish) to the south, today called Irakleia in Serres Prefecture, Macedonia, Greece.

The town was renamed Blagoevgrad in 1950 after the founder of the Bulgarian Communist Party, Dimitar Blagoev, a refugee from Aegean Macedonia.

Skaptopara Cove in Greenwich Island in the South Shetland Islands, Antarctica is named for the ancient ancestor of Blagoevgrad.

Because of the large number of students (partly due to the American University in the city), its cross-road location, nature and number of social factors, the city has relatively well developed economy. There are many clothing stores, cafes, and restaurants. Large numbers of unskilled labor is employed in construction companies and clothing shops.

The town is very attractive to investors, both foreign and native; coincidence Blagoevgrad is the third largest by number of building permits. Blagoevgrad has a real opportunity to grow towards neighborhoods "Elenovo and Strumsko and most likely will" swallow up "in nearby villages as soon as possible. A few years ago was made a major overhaul of the city park and also a new bridge was built. Is now ready and the new building, which became sergiyniya market in modern shopping center.

Generally, sports are well developed, but the town's traditionally strong sports, handball and basketball, have been in financial crisis and without representation in the national leagues in years past (only supporting children and youth ensembles).

The crisis in basketball and handball provides others with the opportunity to pick up pace. Taekwon-Do, in the face of "Falcon" club has given Blagoevgrad and Bulgaria multiple European and World Championship medals, including a European Championship in 2004 (Todor Kozladerov).[1] Baseball is a little-known sport in Bulgaria but it thrives in Blagoevgrad. The local team's name is the "Buffaloes" and its manager is Yassen Nedelchev, who also serves as the Bulgarian Baseball Federation's president. In 2010, the "Blagoevgrad Buffaloes" won their 17th National title (in 18 attempts).

The town has two multi-purpose sports halls, the second was opened in 2007, it has a capacity of over 1000 seats and meets all requirements of the International Federation of handball, basketball and volleyball, a game area may be used for competitions Rhythmic gymnastics and martial arts. The town has three well-maintained complex for tennis, a football stadium, six small playgrounds for football, Olympic size swimming pool, go-cart track and one of the best games of baseball on the Balkans. In 2008 began the construction of new sports complex at the Southwestern University for the needs of its students.

Blagoevgrad is a football town, a notorious school children and adolescents of Pirin, gave the Bulgarian and world football talents as Dimitar Berbatov and regularly feed the wealthy football clubs. Only the lack of serious investment club to prevent similar to public school and is among the leaders in the league.

At present there are four in Blagoevgrad acting male clubs, three of which bear the name "Pirin". The "A" group hang PFC Pirin Blagoevgrad. Pirin authentic, then discard it in "B" group in 2005 due to obligations to Social Security, was usurped by a group of businessmen D15, and then failed to return to professional football during the 2008/09 season and will play in the Western B Group . Pirin 2001 - the team owned by former international Ivaylo Andonov, competed in the Southwestern 'B' group. In the championship of the Blagoevgrad District League (zone "Bistrita") features one Blagoevgrad football team - FC Athletic.

Blagoevgrad is twinned with:[1]