Clarence William "Bill" Nelson (born September 29, 1942) is the senior United States Senator from the state of Florida and a member of the Democratic Party. He is a former U.S. Representative and former Treasurer and Insurance Commissioner of Florida. In 1986, he became the second sitting member of the United States Congress to fly in space.

In 1972, Nelson was elected to the Florida House of Representatives. He was re-elected in 1974 and 1976. Nelson was elected to the U.S. House of Representatives in 1978. He served in the U.S. House from 1979 to 1991. In January 1986, he flew as a Payload Specialist on the Space Shuttle Columbia. After a failed gubernatorial race in 1990, he successfully ran for the office of Treasurer and Insurance Commissioner of Florida in 1994 and served for six years. In 2000, Nelson ran for U.S. Senate seat vacated by retiring Republican Senator Connie Mack. In the Senate he is generally considered a social moderate and economic liberal. He was re-elected in 2006 with 60 percent of the vote.[citation needed]

Nelson was born in Miami, the only child of Nannie Merle Nelson and Clarence Nelson.[1] He spent his youth in Melbourne, Florida, where he attended Melbourne High School.[2]

Nelson attended the University of Florida before transferring to Yale University. He subsequently received a law degree from the University of Virginia.[3] In 1965, he joined the U.S. Army Reserve; he served on active duty from 1968 to 1970, attaining the rank of captain, and he remained in the Army until 1971. Nelson was admitted to the Florida bar in 1968, and began practicing law in Melbourne in 1970. In 1971, he worked as legislative assistant to Governor Reubin Askew.[3]

He was baptized as a Baptist, and grew up attending Baptist and Episcopal churches. In 2005, he joined the First Presbyterian Church in Orlando.[5]

In 1986, Nelson became the second sitting member of Congress (and the first member of the House) to travel into space. He went through NASA training with Senator Jake Garn of Utah. He was a Payload Specialist on Space Shuttle Columbia's STS-61-C mission from January 12 to 18, 1986.

The primary objective of the mission was to deploy the Ku-1 communications satellite, second in a planned series of geosynchronous satellites owned and operated by RCA Americom. The deployment was successful. The flight also carried a large number of small experiments, including 13 GAS canisters devoted to investigations involving the effect of microgravity on materials processing, seed germination, chemical reactions, egg hatching, astronomy and atmospheric physics.

Columbia landed at Edwards AFB at 5:59 a.m. PST, on January 18. Mission elapsed time was 6 days, 2 hours, 3 minutes, 51 seconds. It was the last successful Space Shuttle flight before the Challenger accident, as the disaster occurred only 10 days after Columbia's return.

In 1990, Nelson ran unsuccessfully for the Democratic nomination for Governor of Florida. He lost to former U.S. Senator Lawton Chiles, who went on to win the general election. During the primary campaign, Nelson tried to make an issue out of Chiles' health and age, a strategy that backfired on him in a state with a large population of retirees and senior citizens.

In 1994 Nelson announced his intention to seek the office of Treasurer and Insurance Commissioner of Florida. He won the election with 52% of the vote over State Rep. Tim Ireland's 48%. In 1998, he again defeated Ireland for his reelection to the office.

In 2000, Nelson resigned his post as Commissioner following his election to the U.S. Senate.

In 2000, Nelson ran as a Democrat for the U.S. Senate seat vacated by retiring Republican Senator Connie Mack. He won the election, defeating U.S. Representative Bill McCollum, who ran as the Republican candidate.

Nelson's votes have tended to be more liberal than conservative. He has received high ratings from left-of-center groups such as Americans for Democratic Action, and low ones from right-of-center groups such as the Eagle Forum and the Club for Growth. According to ratings by the National Journal, Nelson's votes have been liberal on economic matters, moderate on social issues, and liberal but close to the center on foreign policy.[7]

In 2005, Nelson was one of ten Democrats who voted in favor of the Dominican Republic – Central America Free Trade Agreement (CAFTA) on its 55-45 passage in the Senate;[8] Nelson's vote was cast despite opposition by special interests like the sugar lobby.[9]

On several occasions, Nelson has voted against his party to reduce or eliminate the estate tax,[10] notably in June 2006, when he was one of four Democrats voting for a failed (57-41) cloture motion on a bill to eliminate the tax.[11]

Withholding funding from the CIA

In 2007, Nelson was the lone Democrat on the Senate Intelligence Committee to vote against an amendment to withhold funds for CIA use of harsh interrogation techniques on terrorism suspects. His vote, combined with those of all Republican members of the committee, killed the measure.[12]

In March 2010, Nelson voted for the Patient Protection and Affordable Care Act and the Health Care and Education Reconciliation Act of 2010, which passed and were signed into law by President Obama. A Mason-Dixon Florida poll indicated that the measure was opposed by a majority of those surveyed, and by nearly two-thirds of Florida voters aged 65 or older. The same poll showed Nelson's negative rating rising to 34%, from 16% at the time of his 2006 re-election.[13] However, a Gallup poll indicated that 79% of Democrats approved of the legislation, with only 40% of all adults opposing the legislation.[14]

Nelson does not support Congressional Term Limits, and agrees with constitutional scholars who argue that term limits would limit the prerogative of the voters." [17] 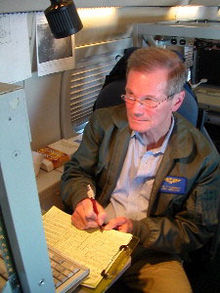 Following the 2004 election, in which Republican George W. Bush was re-elected and the Republican party increased its majority in both the House and the Senate, Nelson was seen as vulnerable. He was a Democrat in a state that Bush had won, though by a margin of only five percentage points.[18]

Evangelical Christian activist James Dobson declared that such Democrats, including Nelson, would be "in the 'bull's-eye'" if they supported efforts to block Bush's judicial nominees;[19] and Nelson's refusal to support efforts in Congress to intervene in the Terri Schiavo case was seen as "a great political issue" for a Republican opponent to use in mobilizing Christian conservatives against him.[20] Florida governor Jeb Bush, precluded by term limits from seeking re-election in 2006, was suggested as an opponent who might secure Nelson's seat for the Republicans. [18]

Bush chose not to run for the seat. Katherine Harris, the former Florida Secretary of State and two-term U.S. representative, defeated three other candidates in the September 5 Republican primary. Nelson was unopposed for the Democratic nomination.

Harris's role in the 2000 presidential election made her a polarizing figure. Many Florida Republicans were eager to reward her for her perceived party loyalty in the Bush-Gore election; many Florida Democrats were eager to vote against her for the same reason.[21] Harris's campaign was beset by difficulties: poor fundraising, a series of gaffes, and a high turnover of staff, including the loss of three campaign managers and of chief advisor Ed Rollins.[22] In February, it was learned that Harris had received $32,000 in illegal campaign contributions from defense contractor Mitchell J. Wade.[23]

In April, a National Review editorial urged Harris to withdraw, arguing that she would unquestionably win the primary and lose the general election.[24] In May, when the party found itself unable to recruit a candidate who could defeat Harris in the primary, many Republican activists admitted that the race was already lost.[25]

Harris's campaign focused heavily on evangelical Christianity.[26] In an August interview with Florida Baptist Witness, she declared: "[I]f you're not electing Christians then in essence you are going to legislate sin"[27] Nelson, meanwhile, focused on safe issues, portraying himself as a bipartisan centrist problem-solver.[21] He obtained the endorsement of all 22 of Florida's daily newspapers.[28] Harris failed to secure the endorsement of Jeb Bush, who publicly stated that she could not win; the U.S. Chamber of Commerce, which had supported her in her congressional campaigns, did not endorse her in this race.[29]

As the election approached, polls showed Harris trailing Nelson by 26 to 35 points.[22] Nelson transferred about $16.5 million in campaign funds to other Democratic candidates,[30] and won the election with 60.4% of the vote to Harris's 38.2%.[31]