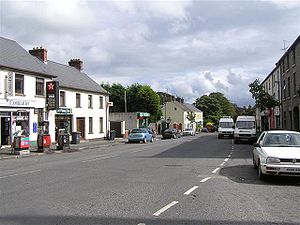 Donaghmore (pronounced doh-na-mor,  from Irish: Domhnach Mór, meaning "big church")[1] is a village and townland in County Tyrone, Northern Ireland, about five kilometres (3 mi) northwest of Dungannon. In the 2001 Census it had a population of 947 people. The village is beside the River Torrent, formerly known as the Torrent Flow.[2]

Donaghmore is classified as a Small Village by the NI Statistics and Research Agency (NISRA) (ie with population between 500 and 1,000 people). On Census day (29 April 2001) there were 947 people living in Donaghmore. Of these: