Commercial Township is a township in Cumberland County, New Jersey, United States. It is part of the Vineland-Millville- Bridgeton Primary Metropolitan Statistical Area for statistical purposes. As of the United States 2010 Census, the township population was 5,178.

Commercial Township was incorporated as a township by an Act of the New Jersey Legislature on February 27, 1874, from portions of Downe Township.[5] 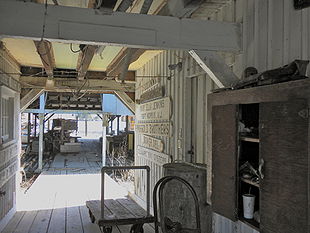 Bivalve Oyster Packing and Docks, south of Port Norris, are on the National Register of Historic Places

The Commercial Township School District serves public school students in pre-kindergarten through eighth grade. Schools in the district (with 2009-10 enrollment data from the National Center for Education Statistics[19]) are Haleyville-Mauricetown School for preschool to fifth grade (472 students) and Port Norris Middle School for students in sixth through eighth grade (201 students).

Notable current and former residents of Commercial Township include: