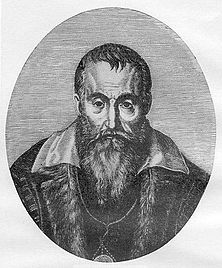 Chronology (from Latin chronologia, from Ancient Greek χρόνος, chronos, "time"; and -λογία, -logia) is the science of arranging events in their order of occurrence in time, such as the use of a timeline or sequence of events. It is also "the determination of the actual temporal sequence of past events".[2]

Chronology is part of periodization. It is also part of the discipline of history, including earth history, the earth sciences, and study of the geologic time scale (see Prehistoric chronologies below).

Chronology is the science of locating historical events in time, basically a time line and is distinct from, but relies upon chronometry or timekeeping, and historiography, which examines the writing of history and the use of historical methods. Radiocarbon dating estimates the age of formerly living things by measuring the proportion of carbon-14 isotope in their carbon content. Dendrochronology estimates the age of trees by correlation of the various growth rings in their wood to known year-by-year reference sequences in the region to reflect year-to-year climatic variation. Dendrochronology is used in turn as a calibration reference for radiocarbon dating curves.

The familiar terms calendar and era (within the meaning of a coherent system of numbered calendar years) concern two complementary fundamental concepts of chronology. For example during eight centuries the calendar belonging to the Christian era, which era was taken in use in the eighth century by Bede, was the Julian calendar, but after the year 1582 it was the Gregorian calendar. Dionysius Exiguus (about the year 500) was the founder of that era, which is nowadays the most widespread dating system on earth.

Ab Urbe condita is Latin for "from the founding of the City (Rome)",[3] traditionally set in 753 BC. It was used to identify the Roman year by a few Roman historians. Modern historians use it much more frequently than the Romans themselves did; the dominant method of identifying Roman years was to name the two consuls who held office that year. Before the advent of the modern critical edition of historical Roman works, AUC was indiscriminately added to them by earlier editors, making it appear more widely used than it actually was.

It was used systematically for the first time only about the year 400, by the Iberian historian Orosius. Pope Boniface IV, in about the year 600, seems to have been the first who made a connection between these this era and Anno Domini. (AD 1 = AUC 754.)

Dionysius Exiguus’ Anno Domini era (which contains only calendar years AD) was extended by Bede to the complete Christian era (which contains, in addition all calendar years BC, but no year zero). Ten centuries after Bede, the French astronomers Philippe de la Hire (in the year 1702) and Jacques Cassini (in the year 1740), purely to simplify certain calculations, put the Julian Dating System (proposed in the year 1583 by Joseph Scaliger) and with it an astronomical era into use, which contains a leap year zero, which precedes the year 1 (AD) but does not exactly coincide with the year 1 BC. Astronomers never preposed seriously to replace our era with their astronomical era (which for that matter coincides exactly with the Christian era where it concerns the calendar years after the year 4).

While of critical importance to the historian, methods of determining chronology are used in most disciplines of science, especially astronomy, geology, paleontology and archaeology.

In the absence of written history, with its chronicles and king lists, late 19th century archaeologists found that they could develop relative chronologies based on pottery techniques and styles. In the field of Egyptology, William Flinders Petrie pioneered sequence dating to penetrate pre-dynastic Neolithic times, using groups of contemporary artefacts deposited together at a single time in graves and working backwards methodically from the earliest historical phases of Egypt. This method of dating is known as seriation.

Known wares discovered at strata in sometimes quite distant sites, the product of trade, helped extend the network of chronologies. Some cultures have retained the name applied to them in reference to characteristic forms, for lack of an idea of what they called themselves: "The Beaker People" in northern Europe during the 3rd millennium BCE, for example. The study of the means of placing pottery and other cultural artifacts into some kind of order proceeds in two phases, classification and typology: Classification creates categories for the purposes of description, and typology seeks to identify and analyse changes that allow artifacts to be placed into sequences.[4]

Laboratory techniques developed particularly after mid-20th century helped constantly revise and refine the chronologies developed for specific cultural areas. Unrelated dating methods help reinforce a chronology, an axiom of corroborative evidence. Ideally, archaeological materials used for dating a site should complement each other and provide a means of cross-checking. Conclusions drawn from just one unsupported technique are usually regarded as unreliable.

Several legendary sources tend to assign unrealistically long lifespans to pre-historical heroes and monarchs (e.g., Egyptian, Chinese, Hebrews, Japanese), if the number of years there reported are understood as years of more than 340 days. Though chronologies formulated before the 1960s are subject to serious skepticism today, more recent results are more robust than readily appears to journalists and enthusiastic amateurs. Bayesian inference can be applied in the analysis of chronological information, including radiocarbon-derived dates.