Since 2007 the Orange Bowl has been host to the Atlantic Coast Conference (ACC) champion unless they are involved in the national championship game and has used the brand Home of the ACC Champion.

The 2011 match up ended with the Stanford Cardinal defeating the ACC Conference Champion, the Virginia Tech Hokies 40-12.

In 1890, Pasadena, California held its first Tournament of Roses Parade to showcase the city's mild weather compared to the harsh winters in northern cities. As one of the organizers said: "In New York, people are buried in snow. Here, our flowers are blooming and our oranges are about to bear. Let's hold a festival to tell the world about our paradise." In 1902, the annual festival was enhanced by adding an American football game.[3]

In 1926, leaders in Miami, Florida decided to do the same with a "Fiesta of the American Tropics" that was centered around a New Year's Day football game. Although a second "Fiesta" was never held, Miami leaders later revived the idea with the "Palm Festival" (with the slogan "Have a Green Christmas in Miami").[4]

In 1932, George E. Hussey, official greeter of Miami, organized the first Palm Festival Game, predecessor of the Orange Bowl. With Miami suffering from both the Great Depression and the preceding Florida land bust, Hussey and other Miamians sought to help its economy by organizing a game similar to Pasadena's Rose Bowl.

Two games were played in this series at Moore Park in Miami, both pitting an invited opponent against a local team, the University of Miami. In the first game, played on January 2, 1933, Miami defeated Manhattan College 7–0. In the second game, played on New Year's Day 1934, Duquesne defeated Miami 33–7. Duquesne was coached by Elmer Layden one of the Four Horseman of Notre Dame.

These games are not recognized as bowl games by the NCAA because one team was guaranteed a berth regardless of record. However, following the success of these games, backers organized another game for New Year's Day 1935 under the Orange Bowl name. This game, unlike the Palm Festival Games, did not automatically grant a berth to one team, although the University of Miami was again a participant. For this reason, the 1935 Orange Bowl was later recognized by the NCAA as an official bowl game.[5] 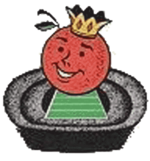 In 1964, the Texas vs. Alabama Orange Bowl was the first college bowl game to be televised in prime time.[7]

From 1968, the game usually featured the champion of the former Big Eight Conference (whose members merged with the Southwest Conference to form the current Big 12 Conference). Since 1998, however, with the creation of the Bowl Championship Series system, team selection for the Orange Bowl is now tied into the other three BCS Bowls. From 1998-2005, the game hosted the champion of either the ACC or Big East conferences, unless they were invited to the National Championship game, or if the Orange Bowl itself was hosting the national championship matchup. Starting with the 2006 season, the Orange Bowl has been exclusively tied with the ACC and has used the brand Home of the ACC Champion. As one of the Bowl Championship Series (BCS) bowl games (the others being the Sugar, Fiesta, and Rose Bowls), the Orange Bowl also hosts the national championship game once every four years under the BCS system (as it did on January 4, 2005).

Orange Bowl logo in the 1990s and 2000s during FedEx's sponsorship

The game is also broadcast nationally by ESPN Radio.