The 2010 NCAA Division I FBS (Football Bowl Subdivision) football season, or the college football season, began on Thursday, September 2, 2010. The season progressed through the regular season and bowl season, and (aside from all-star exhibition games that follow the bowl games) concluded with the Tostitos BCS National Championship Game on Monday, January 10, 2011.

During the first half of 2010, and especially starting in May of that year, several conferences were widely speculated to be considering expansion, and a number of schools were believed to be seriously considering conference moves. Due to conference notice requirements, no changes announced in 2010 will take effect until at least 2011.

The first change to be officially announced came on June 10, when the Pacific-10 Conference announced that Colorado had accepted that conference's invitation to join. At the time, it was not yet known whether Colorado would officially join the Pac-10 in 2011 or 2012; in September 2010, it was confirmed for 2011.

In the following days, it was widely speculated that the five public schools in the Big 12 South Division (Texas, Texas A&M, Texas Tech, Oklahoma, and Oklahoma State) would leave as a unit for the Pac-10. A&M was also reported to be flirting with the SEC. However, a last-minute deal announced on June 14 saw Texas cast its lot with a truncated Big 12, with the remaining schools also pledging their support for the conference. Rebuffed by the Big 12 schools, the Pac-10 shifted its focus to the Mountain West, extending an invitation to Utah on June 16 to join effective in 2011. Utah officially accepted the next day. When Utah and Colorado join, the Pac-10 will officially become the Pac-12.

Two months later, reports surfaced indicating that Brigham Young would leave the Mountain West Conference to become an independent in football, with its other sports rejoining the school's former conference, the WAC. On August 31, BYU pulled a surprise, indeed becoming an independent football team, but instead joining the West Coast Conference for the 2011-12 season. The MWC responded on August 18 by inviting current WAC members Fresno State, Nevada, and Utah State. Utah State declined the MWC offer, but the other two accepted later that day. After threats of legal action by the WAC and the Fresno State-Nevada pairing, the two schools agreed to stay in the WAC through the 2011-12 season in exchange for a greatly reduced exit fee.

Realignment activity then shifted to Division I FCS for several weeks, although rumors continued to swirl regarding potential movement in several conferences. The Big East Conference also announced that it had extended an invitation to Villanova, a founding non-football member, to upgrade its football program to FBS level and join in that sport. On November 11, the WAC announced that Texas State, currently a member of the FCS Southland Conference, and UTSA, which planned to launch an FCS program in that conference in 2011, would upgrade their football programs to FBS level, join the WAC in 2012, and become full FBS members in 2013. On November 29, the next major domino fell when TCU announced it would join the Big East in 2012 (less than a year later, on October 10, 2011, TCU announced that it would not join the Big East and would join the Big 12 in 2012 instead).[3] The MWC replaced TCU for football only with Hawaiʻi on December 10; Hawaiʻi's other sports will join the Big West Conference.

No new stadiums opened in the 2010 season. However, expansion projects at several stadiums were completed in time for the season:

The Heisman Trophy is given to the year's most outstanding player. 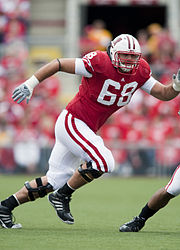