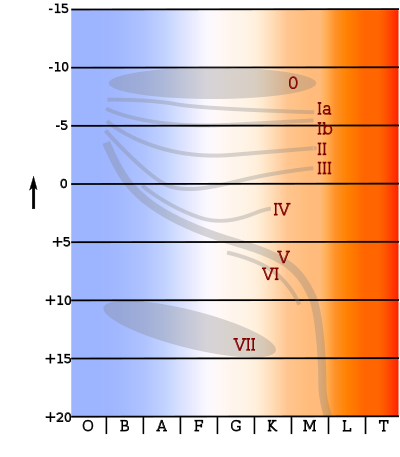 These stars are of particular interest in the search for extraterrestrial life because they are stable on the main sequence for a very long time (15 to 30 billion years, compared to 10 billion for the Sun). This may create an opportunity for life to evolve on terrestrial planets orbiting such stars. Orange dwarfs are about three to four times as abundant as sun-like stars, making planet searches easier.[3]