Píco was a third-generation Californio. He was born at the Mission San Gabriel Arcángel to José María Pico and his wife María Eustaquia Gutiérrez, with the aid of midwife Eulalia Pérez de Guillén Mariné. His paternal grandmother, María Jacinta de la Bastida, was listed in the 1790 census as mulata, meaning mixed race with some African ancestry. His paternal grandfather, Santiago de la Cruz Pico, was described as a Mestizo (Native American-Spanish) in the same census. He was one of the soldiers who accompanied Juan Bautista de Anza on the expedition that left Tubac, Arizona for California in 1775 to explore the region and colonize it.[1] Pio Pico was thus of Spanish, African and Native American ancestry.

After the death of his father in 1819, Pico settled in San Diego, California. He married María Ignacia Alvarado there on February 24, 1834.

In 1821 Pico set up a tanning hut and dram shop in Los Angeles, selling drinks for two Spanish bits (US 25 cents). His businesses soon became a significant source of his income.

By the 1850s Pico was one of the richest men in Alta California. In 1850 he purchased the 8,894-acre (3,599 ha) Rancho Paso de Bartolo, which included half of present day Whittier. Two years later, he built a home on the ranch and lived there until 1892. It is preserved today as Pio Pico State Historic Park. Pico also owned the former Mission San Fernando Rey de España, Rancho Santa Margarita y Las Flores (now part of Camp Pendleton), and several other ranchos for a total of over one half-million acres, or 800 mi² (2,000 km²).

In 1868, he constructed the three story, 33-room hotel, Pico House (Casa de Pico) on the old plaza of Los Angeles, opposite today's Olvera Street. At the time of its opening in 1869, it was the most lavish hotel in Southern California. Even before 1900, however, it began a slow decline along with the surrounding neighborhood, as the business center moved further south. After decades of serving as a shabby flop house, it was deeded to the State of California in 1953, and is now a part of El Pueblo de Los Angeles State Historic Monument. It is used on occasion for exhibits and special events.

Pico served twice as Governor of Alta California, taking office the first time from Manuel Victoria in 1832, when Victoria was deposed for refusing to follow through with orders to secularize the mission properties. As governor pro tempore and Vocal of the Departmental Assembly, Pico began secularization. After 20 days in office, he transferred the government to Zamorano and Echeandia, who were appointed to govern the north and south, respectively.

Pico ran for office in 1834 as the first alcalde (magistrate) of San Diego, but was defeated. He challenged Governor Juan Bautista Alvarado (1836 to 1842) on political issues and was imprisoned on several occasions.

In 1844 he was chosen as a leader of the California Assembly. In 1845, he was appointed as governor, succeeding the unpopular Manuel Micheltorena. Pico made Los Angeles the province's capital. In the year leading up to the Mexican-American War, Governor Pico was outspoken in favor of California's becoming a British Protectorate rather than an American territory.

When U.S. troops occupied Los Angeles and San Diego in 1846 during the Mexican-American War, Pico fled to Baja California, Mexico, to argue before the Mexican Congress for sending troops to defend Alta California. Pico did not return to Los Angeles until after the signing of the Treaty of Guadalupe Hidalgo, and he reluctantly accepted the transfer of sovereignty.

Automatically granted United States citizenship, he was elected to the Los Angeles Common Council in 1853, but he did not assume office. 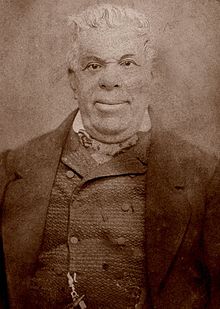 In 2010, scientists published an article about Pio Pico asserting that he showed signs of acromegaly, a disease diagnosed later in the nineteenth century. They say that images of Pico from 1847 through 1858 show a characteristic pattern of progressive acromegaly, a disease caused by excessive and unregulated release of growth hormone from a growth hormone-secreting adenoma of the anterior pituitary gland.[3] He demonstrates progressive coarsening of his facial features with a large bulbous nose, broad forehead, protuberant lips and forward-jutting jaw (prognathism). His hands reveal the diagnostic massive enlargement so typical of this illness. With a height of just 67 inches in his forties, his acromegaly must have begun after puberty, or he would have manifested gigantism. Images of his younger brother Andres Pico and elder brother, Jose Antonio Pico,[4] show normal body features, suggesting Governor Pico's condition was a disease and not a benign familial trait. Pio Pico had never been recognized or diagnosed previously with acromegaly.

The apparent pituitary adenoma had at least three additional secondary effects on his medical condition besides causing acromegaly. First, his eyes show progressive misalignment, indicating the tumor grew laterally into the cavernous sinus and compromised the cranial nerves controlling eye muscle power. Second, he has a hairless face. Although potentially just a personal choice, in the presence of a large pituitary tumor, this is more likely due to testosterone deficiency. This condition results from the enlarging tumor interfering with the normal function of gonadotropin pituitary cells resulting in secondary hypogonadotropic hypogonadism and infertility. Third, in 1858 his lateral eyebrows were absent, indicating secondary hypothyroidism, also caused by the tumor-compromising function of the normal pituitary thyrotrope cells. The 1852 daguerreotype of Pio Pico[3] may be the earliest objective image of acromegaly ever recorded, since the disease was not recognized and named until Pierre Marie coined the term in 1886 while working at the clinic of Charcot in Paris, France.

Acromegaly is usually a fatal illness if untreated; 80% of patients die within 10 years of the diagnosis. But, Pico survived 36 years after the 1858 image, when his disease was active and had been present for at least 11 years. This unexpected situation was probably due to spontaneous pituitary apoplexy, in this case, selectively involving his tumor but not the remainder of his own pituitary gland.[5] In selective pituitary tumor apoplexy, the adenoma undergoes infarction and shrinkage and disappears. No longer compressed by the adenoma, the optical nerves could resume normal function and his remaining pituitary cells could restore normal levels of gonadotropic and thyrotropic hormones. Most importantly, absent the abnormally elevated levels of growth hormone that were released by the tumor, the features of acromegaly quickly regress.

Careful inspection of his appearance in his 90s (as shown in the full body image at the top of this entry) reveals a dramatic reversal of all the abnormal features that were so prominent earlier in his life.[3] His hands are delicate and slender, his eyes are now precisely aligned, his eyebrows have returned and he has a full beard. Although the beard partly obscures his facial features, his lips, nose and forehead are no longer so large and coarse. He looks normal in these later years. Pico was fortunate, as the mortality from pituitary tumor apoplexy in this pre-treatment era was 50%, and over 80% of patients who survived had inadequate function of the remaining pituitary hormone cells. It is difficult to determine how soon after 1858 the apoplexy developed to cause his striking recovery, as until now there had been no known photographs of Pico between age 57 and the images of him in his 90s. In 2009 the Workman and Temple Family Homestead Museum, burial site of Pico and his wife, received a private 1873 photograph of Pio Pico donated by a descendant of the Temple family. 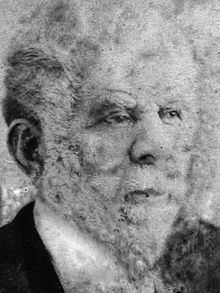 Compared with the 1858 image (above and to the left) Pico at age 72 now shows a generous beard, full eyebrows, symmetrical light reflection on his eyes and less prominence of his acromegalic features. His appearance at age 72 is virtually identical to that in his 90s and supports the hypothesis that his selective pituitary tumor apoplexy actually took place between 1858 and 1873.[6] This new image enhances the controversial probability that Pico was likely the biological father of Alfredo Romero born in 1871.[3] Pico’s selective pituitary tumor apoplexy may be the earliest recorded clinical example of this event as documented photographically because the first description of pituitary tumor apoplexy was published only in 1898.[5]

Pico suffered the dual misfortune of disfigurement from acromegaly and ridicule. Gertrude Atherton, a prominent San Francisco writer, said of Pico in 1902: “…an uglier man than Pio Pico rarely had entered this world. The upper lip of his enormous mouth dipped at the middle; the broad thick under lip hung down with its own weight. The nose was big and coarse, although there was a certain spirited suggestion in the cavernous nostrils…”[7]

Following the American annexation of California, Pico dedicated himself to his businesses. However, gambling, losses to loan sharks, bad business practices, being a victim of fraud, and the flood of 1883 ruined him financially. He was forced to liquidate his real estate holdings and his final years were spent in near poverty. In 1893 a committee of local boosters and history enthusiasts[8] asked him to appear at the Chicago World's Columbian Exposition as "the last of the California dons". Pico refused, considering it an affront to his dignity. He died in 1894 at the home of his daughter Joaquina Pico Moreno in Los Angeles. He was buried in the old Calvary Cemetery on North Broadway in Downtown Los Angeles but the remains of he and his wife were relocated in 1921 to a modest tomb in El Campo Santo Cemetery, now in the Homestead Museum in the City of Industry.

Pico held three different nationalities during his lifetime. He was born a Spaniard in New Spain, became a Mexican citizen as a young man, and finally a United States citizen. He was known for his extravagant lifestyle, with fine clothes, expensive furnishings, and heavy gambling.

Besides his major political and business contributions, his legacy must include the landmark presentations of acromegaly and spontaneous selective pituitary tumor apoplexy with full recovery. There are no current references to any of a variety of symptoms he might have manifested from the tumor itself or the secondary symptoms it might have produced. A partial list of these symptoms could include headache, double vision, loss of vision, fatigue, chest pain, shortness of breath, frequent urination and extreme thirst, severe snoring, muscle weakness and impotence. Such information, when and if available, will potentially confirm and extend the current state of knowledge of his medical history.

In 1927, Pío Pico State Historic Park was created from the ruins of his Rancho de Bartolo (El Ranchito) in Whittier, and Casa Pico mansion. Pico Boulevard, a major east-west thoroughfare in Los Angeles, is named for him. An elementary and middle school in Los Angeles' Mid-City district is also named in his honor. Pico Rivera, a city located in southeastern Los Angeles County, is named for the last Mexican governor.

During the Mexican-American War, arguing for Mexican troops to defend California:

On being invited to appear at the Columbian Expostion: