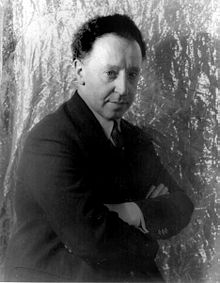 Arthur Rubinstein KBE[1] (January 28, 1887 – December 20, 1982) was a Polish-American pianist.[2] He received international acclaim for his performances of the music of a variety of composers (many regard him as the greatest Chopin interpreter of the century).[3] He is widely considered one of the greatest classical pianists of the twentieth century.[4] Rubinstein was born in Łódź, Poland on January 28, 1887, to a family of assimilated Jews.[5] He was the youngest of eight children.[5] His father was a wealthy factory owner.[6]

His birth name was Artur Rubinstein, although in English-speaking countries, he preferred to be known as Arthur Rubinstein.[citation needed] However, his United States impresario Sol Hurok insisted he be billed as Artur, and records were released in the West under both versions of his name.

At the age of two, he demonstrated perfect pitch and a fascination with the piano, watching his elder sister's piano lessons. By the age of four, he was already recognised as a child prodigy. The great Hungarian violinist Joseph Joachim, on hearing the four-year-old child play, was greatly impressed and began to mentor the young prodigy. Rubinstein first studied piano in Warsaw. By the age of ten, he moved to Berlin to continue his studies. In 1900 at age thirteen, he made his debut with the Berlin Philharmonic, followed by appearances in Germany and Poland and further study with Karl Heinrich Barth (an associate of Liszt, von Bülow, Joachim and Brahms; Barth also taught Wilhelm Kempff). As a student of Barth, Rubinstein inherited a renowned pedagogical lineage: Barth was himself a pupil of Liszt, who had been taught by Czerny, who had in turn been a pupil of Beethoven.[7]

In 1904, Rubinstein moved to Paris to launch his career in earnest. There he met the composers Maurice Ravel and Paul Dukas and the violinist Jacques Thibaud. He also played Camille Saint-Saëns' Piano Concerto No. 2 in the presence of the composer. Through the family of Juliusz Wertheim (to whose understanding of Chopin's genius Rubinstein attributed his own inspiration in the works of that composer) he formed friendships with the violinist Paul Kochanski and composer Karol Szymanowski.[8] Rubinstein made his New York debut at Carnegie Hall in 1906, and thereafter toured the United States, Austria, Italy, and Russia. According to his own testimony and that of his son in François Reichenbach's film L'Amour de la vie (1969), however, he was not well received in the United States. By 1908, Rubinstein, destitute and desperate, hounded by creditors, and threatened with being evicted from his Berlin hotel room, made a failed attempt to hang himself. Subsequently he said that he felt "reborn" and endowed with an unconditional love of life. In 1912, he made his London debut, and found a home there in the Edith Grove, Chelsea, musical salon of Paul and Muriel Draper, in company with Kochanski, Igor Stravinsky, Jacques Thibaud, Pablo Casals, Pierre Monteux and others.[9]

Rubinstein stayed in London during World War I, giving recitals and accompanying the violinist Eugène Ysaÿe. In 1916 and 1917, he made his first tours in Spain and South America where he was wildly acclaimed. It was during those tours that he developed a lifelong enthusiasm for the music of Enrique Granados, Isaac Albéniz, Manuel de Falla, and Heitor Villa-Lobos. He was the dedicatee of Villa-Lobos's Rudepoêma and Stravinsky's Trois mouvements de Petrouchka.

Rubinstein was disgusted by Germany's conduct during the war, and never played there again. His last performance in Germany was in 1914.[8][10]

In the fall of 1919 Rubinstein toured the English Provinces with soprano Emma Calvé and tenor Vladimir Rosing.[11]

In 1921 he gave two American tours, travelling to New York with Karol Szymanowski and his close friend Paul Kochanski, who died in 1934. The autumn voyage was the occasion of Kochanski's permanent migration to the USA.[12]

In 1932, the pianist, who stated he neglected his technique in his early years, relying instead on natural talent, withdrew from concert life for several months of intensive study and practice.

During World War II, Rubinstein's career became centered in the United States. He became a naturalized United States citizen in 1946. A cast of the pianist's hands, at the Lodz museum

Although best known as a recitalist and concerto soloist, Rubinstein was also considered an outstanding chamber musician, partnering with such luminaries as Henryk Szeryng, Jascha Heifetz, Pablo Casals, Gregor Piatigorsky, and the Guarneri Quartet. Rubinstein recorded much of the core piano repertoire, particularly that of the Romantic composers. At the time of his death, the New York Times in describing him wrote, "Chopin was his specialty . . . it was [as] a Chopinist that he was considered by many without peer".[13] With the exception of the Études, he recorded most of the works of Chopin. [14] He was one of the earliest champions of the Spanish and South American composers and of French composers who, in the early twentieth century, were still considered "modern" such as Debussy and Ravel. In addition, Rubinstein was the first champion of the music of his compatriot Karol Szymanowski. Rubinstein, in conversation with Alexander Scriabin, named Brahms as his favorite composer, a response that enraged Scriabin.[15]

Rubinstein, who was fluent in eight languages,[16] held much of the repertoire, not simply that of the piano, in his formidable memory.[16] According to his memoirs, he learned César Franck’s Symphonic Variations while on a train en route to the concert, without the benefit of a piano, practicing passages in his lap. Rubinstein described his memory as photographic, to the extent that he would visualize an errant coffee stain while recalling a score.[17]

Rubinstein also had exceptionally developed aural abilities, which allowed him to play whole symphonies in his mind. "At breakfast, I might pass a Brahms symphony in my head" he said. "Then I am called to the phone, and half an hour later I find it's been going on all the time and I'm in the third movement." This ability was often tested by Rubinstein's friends, who would randomly pick extracts from opera and symphonic scores, and ask him to play them from memory.[7]

By the mid-1970s, Rubinstein's eyesight had begun to deteriorate. He retired from the stage at age eighty-nine in May 1976, giving his last concert at London's Wigmore Hall, where he had first played nearly seventy years before. 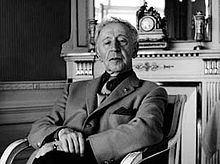 Of his youth, Rubinstein once stated: "It is said of me that when I was young I divided my time impartially among wine, women and song. I deny this categorically. Ninety percent of my interests were women."[7] At the age of forty-five, in 1932, Rubinstein married Nela Młynarska, a twenty-four-year-old Polish ballerina (who had studied with Mary Wigman). Nela was the daughter of the Polish conductor Emil Młynarski; her mother was from a Lithuanian aristocratic family. Nela had first fallen in love with Rubinstein when she was eighteen, but when Rubinstein began an affair with an Italian princess she married Mieczysław Munz.[18][19] Nela subsequently divorced Munz and three years later married Rubinstein.[19] They had five children (one died in infancy), including daughter Eva, who married William Sloane Coffin, and son John Rubinstein, a Tony Award-winning actor and father of actor Michael Weston.[20] Nela subsequently authored, Nela's Cookbook, which included the dishes she prepared for the couple's legendary parties.[21]

Both before and during his marriage, Rubinstein carried on a series of affairs with women, including Irene Curzon. In 1977, at age 90, he left his wife for the young Annabelle Whitestone, though he and Nela never divorced. Rubinstein also fathered a daughter with a South American woman.,[22] and he may have been the father of Muriel Draper's son, Sanders, who perished in World War II.[23]

While he identified himself as an agnostic, Rubinstein was nevertheless proud of his Jewish heritage.[24] He was a great friend of Israel,[25] which he visited several times with his wife and children, giving concerts with the Israel Philharmonic Orchestra, recitals, and master classes at the Jerusalem Music Centre.

Throughout his life, Rubinstein was deeply attached to Poland. At the inauguration of the UN in 1945, Rubinstein showed his Polish patriotism at a concert for the delegates. He began the concert by stating his deep disappointment that the conference did not have a delegation from Poland. Rubinstein later described becoming overwhelmed by a blind fury and angrily pointing out to the public the absence of the Polish flag. He then sat down to the piano and played the Polish national anthem loudly and slowly, repeating the final part in a great thunderous forte. When he had finished, the public rose to their feet and gave him a great ovation.[26]

Rubinstein believed that a foremost danger for young pianists is to practice too much. Rubinstein regularly advised that young piano students should practice no more than three hours a day. "It is not so good, in a musical way, to overpractice. When you do, the music seems to come out of your pocket. If you play with a feeling of 'Oh, I know this,' you play without that little drop of fresh blood that is necessary – and the audience feels it." Of his own practice methods he said, "At every concert I leave a lot to the moment. I must have the unexpected, the unforeseen. I want to risk, to dare. I want to be surprised by what comes out. I want to enjoy it more than the audience. That way the music can bloom anew. It's like making love. The act is always the same, but each time it's different."[7]

Arthur Rubinstein was reluctant to teach in his earlier life, refusing to accept William Kapell's request for lessons. It was not until the late 1950s that he accepted his first student Dubravka Tomšič Srebotnjak.[27] Other students of Arthur Rubinstein include François-René Duchâble, Avi Schönfeld, Ann Schein Carlyss, Eugen Indjic, Dean Kramer, and Marc Laforêt. Rubinstein stated that his main goal in teaching was to help his pupils to find themselves and for them to become real musical personalities. Rubinstein also gave master classes towards the end of his life.[28][29]

Rubinstein died in Geneva, Switzerland, on 20 December 1982, at the age of ninety-five, and his body was cremated. On the first anniversary of his death, an urn holding his ashes was buried in Jerusalem — as specified in his will — in a dedicated plot now dubbed "Rubinstein Forest" overlooking the Jerusalem Forest. This was arranged with the rabbis so that the main forest wouldn't fall under religious laws governing cemeteries. Israel now has an Arthur Rubinstein International Music Society which holds the triennial Arthur Rubinstein International Piano Master Competition.[31]

In October 2007, his family donated to the Juilliard School an extensive collection of original manuscripts, manuscript copies and published editions that had been seized by the Germans during World War II from his Paris residence. Seventy-one items were returned to his four children, marking the first time that Jewish property kept in the Berlin State Library was returned to the legal heirs.[32]

For more details on this topic, see Arthur Rubinstein discography.

In 1910, Rubinstein recorded Liszt’s Hungarian Rhapsody No. 10 for the Polish Favorit label.[33] The pianist was displeased with the acoustic recording process, which he said made the piano sound “like a banjo” and did not record again until the advent of electrical recording. However, Rubinstein made numerous player piano music rolls for the Aeolian Duo-Art system and the American Piano Company (AMPICO) in the 1920s.

Beginning in 1928, Rubinstein began to record extensively for RCA Victor, making a large number of solo, concerto and chamber music recordings until his retirement in 1976. As recording technology improved, from 78rpm discs, to LPs, and stereophonic recordings, Rubinstein rerecorded much of his repertoire. Thus, there are often three or more recordings of Rubinstein playing the same works. All of his RCA recordings have been released on compact disc and amount to about 107 hours of music.

Rubinstein preferred to record in the studio, and during his lifetime only approved for release of about three hours of live recordings. However, since the pianist’s death, several labels have issued live recordings taken from radio broadcasts.