Honeywell's iconic "The Round" model T87 thermostat. There is one in the Smithsonian. 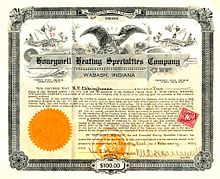 Honeywell International, Inc. (NYSE: HON) is a major conglomerate company that produces a variety of consumer products, engineering services, and aerospace systems for a wide variety of customers, from private consumers to major corporations and governments.

Honeywell is a Fortune 100 company with a workforce of approximately 130,000, of which approximately 58,000 are employed in the United States.[2] The company is headquartered in Morristown, New Jersey. Its current chief executive officer is David M. Cote. The company and its corporate predecessors were part of the Dow Jones Industrial Average Index from December 7, 1925 until February 9, 2008.

The current "Honeywell International Inc." is the product of a merger in which Honeywell Inc. was acquired by the much larger AlliedSignal in 1999. The company headquarters were consolidated to AlliedSignal's headquarters in Morristown, New Jersey; however the combined company chose the name "Honeywell" because of its superior brand recognition.

Honeywell has many brands that consumers may recognize. Some of the most recognizable products are its line of home thermostats (particularly the iconic round type), Garrett turbochargers, and automotive products sold under the names of Prestone, Fram, and Autolite.

W.R. Sweatt and his son Harold provided 75 years of uninterrupted leadership for the company. W.R. Sweatt survived rough spots and turned an innovative idea – thermostatic heating control – into a thriving business. Harold, who took over in 1934, led Honeywell through a period of growth and global expansion that set the stage for Honeywell to become a global technology leader.

For more than thirty years the company annually presented the "H.W. Sweatt Engineer-Scientist Award" to individuals in recognition of their outstanding technical ability and contribution to technical accomplishment of significance for the company and their profession. The award program was canceled after the AlliedSignal and Honeywell merger in 1999.

James H. Binger joined Honeywell in 1943, and became its president in 1961 and its chairman in 1965. On becoming Chairman of Honeywell, Binger revamped the company sales approach, placing emphasis on profits rather than on volume. He also stepped up the company's international expansion – it had six plants producing 12% of the company's revenue. He also officially changed the company's corporate name from Minneapolis-Honeywell Regulator Co. to Honeywell.[4]

From the 1950s until the mid-1970s, Honeywell was the United States' importer of Pentax cameras and photographic equipment. These products were labeled Honeywell Pentax in the U.S. Under Binger's stewardship from 1961 to 1978 he expanded the company into such fields as defense, aerospace, computer.

Honeywell originally entered the computer business via a joint venture with Raytheon called Datamatic Corp., but soon bought out Raytheon's share and the business became a Honeywell division. The computer itself was called the Honeywell 800, later updated to the Honeywell 1800.

Honeywell also purchased minicomputer pioneer Computer Control Corporation, renaming it as Honeywell's Computer Control Division. Through most of the 1960s, Honeywell was one of the "Snow White and the Seven Dwarfs" of computing. IBM was "Snow White," while the dwarfs were the seven significantly smaller computer companies. Later, when their number had been reduced to five, ("By the 1970s, General Electric and RCA had left the business"[5]), they were known as "The Bunch", after their initials: Burroughs, UNIVAC, NCR, Control Data Corporation, and Honeywell. 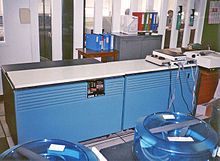 In 1963, Honeywell introduced a small business computer, the Honeywell 200, to compete with IBM's 1401. That began a product line that continued until the early 1970s.[6]

In 1970, Honeywell bought General Electric's computer division. The company was reorganized into two operating units one of which was Honeywell Information Systems, headed by President Clarence (Clancy) Spangle.

In the 1980s, Honeywell developed the first Digital Process Communications protocol for its smart transmitters used in process measurement. Since then, smart communication protocols have evolved into various standardised types, such as the HART protocol and DE protocol.

In 1991 Honeywell's computer division was sold to Groupe Bull.

Honeywell entered the defense industry in World War II, at first producing aerospace elements. During and after the Vietnam Era, Honeywell's defense division produced a number of products, including cluster bombs, missile guidance systems, napalm and land mines. Minnesota Honeywell Corporation completed flight tests on an inertia guidance sub-system for the X-20 project at Eglin Air Force Base, Florida, utilizing an NF-101B Voodoo by August 1963. The X-20 project was canceled in December 1963. [7] The Honeywell project, founded in 1968, organized protests against the company to persuade it to abandon weapons production [8]

Honeywell is in the consortium that runs the Pantex Plant that assembles all of the nuclear bombs in the United States arsenal. Honeywell Federal Manufacturing & Technologies, successor to the defense products of AlliedSignal, operates the Kansas City Plant which produces and assembles 85 percent of the non-nuclear components of the bombs.[9]

Honeywell’s Specialty Materials business can trace its heritage to a small sulfuric acid company started by chemist William H. Nichols in 1870. By the end of the 19th century, Nichols had formed several companies and was recognized as a force in America’s fledgling chemical industry. Nichols’s vision of a bigger, better chemical company took off when he teamed up with investor Eugene Meyer in 1920. Nichols and Meyer combined five smaller chemical companies to create the Allied Chemical & Dye Company, which later became Allied Chemical Corp., and eventually became part of AlliedSignal, the forerunner of Honeywell’s Specialty Materials business. Meyer went on to serve in the Coolidge, Hoover and Truman administrations and to buy the Washington Post newspaper in 1933. Both he and Nichols have buildings named after them in Honeywell’s headquarters in Morristown, N.J. Andreas Kramvis is the current President and CEO of the Specialty Materials division.

General Electric announced in 2000 it would attempt to acquire Honeywell; at the time, Honeywell was valued at over $21 billion. The merger was cleared by American authorities but was blocked by the European Commission's competition commissioner, Mario Monti, on July 3, 2001. This decision was taken on the grounds that GE's dominance of the small jet engine market (led by the General Electric CF34 turbofan engine), leasing services (GECAS), and Honeywell's portfolio of regional jet engines and avionics, the new company would be able to "bundle" products and stifle competition through the creation of a horizontal monopoly. US regulators disagreed, finding that the merger would improve competition and reduce prices; United States Assistant Attorney General Charles James called the EU's decision "antithetical to the goals of antitrust law enforcement".[10] In 2007, General Electric acquired Smiths Aerospace, which had a similar product portfolio.[11] 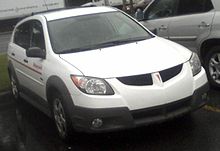 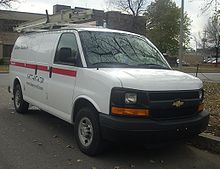 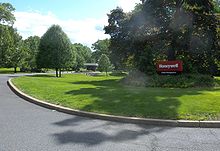 The current "Honeywell International Inc." is the product of a merger between AlliedSignal and Honeywell Inc. in 1999. Although AlliedSignal was twice the size of Honeywell, the combined company chose the name "Honeywell" because of its superior brand recognition. However, the corporate headquarters were consolidated to AlliedSignal's headquarters in Morristown, New Jersey rather than Honeywell's former headquarters in Minneapolis, Minnesota. When Honeywell closed its corporate headquarters in Minneapolis, over one thousand employees lost their jobs. A few moved to Morristown or other company locations, but the majority were forced to find new jobs or retire. Soon after the merger, the company's stock fell significantly, and the stock value only regained the pre-merger level in 2007.

In January 2002 Knorr-Bremse -- who had been operating in a joint venture with Honeywell International Inc -- assumed full ownership of its ventures in Europe, Brazil and the USA. Bendix Commercial Vehicle Systems (www.bendix.com) became a subsidiary of Knorr-Bremse AG. Although declining in influence, Honeywell maintains a presence in emerging industries, such as Northern Alberta's Oilsands. Honeywell's Plant integrator is currently deployed in some of the most important plant-sites in the Oilsands (i.e. Syncrude, Suncor and others).

In October 2008, Honeywell Ltd. was named one of "Canada's Top 100 Employers" by Mediacorp Canada Inc., and was featured in Maclean's newsmagazine. Later that month, Honeywell was also named one of Greater Toronto's Top Employers, which was announced by the Toronto Star newspaper.[16]

Honeywell International is known for its aggressive implementation and daily practice of six sigma and lean manufacturing methodologies commonly referred to as Six Sigma Plus. Six Sigma Plus is focused on reducing errors/failures, improving cycle time, and reducing costs. Recently, Honeywell announced the implementation of a corporate philosophy known as the Honeywell Operating System (HOS), which incorporates practices similar in name only to the Toyota Production System.

Honeywell Technology Solutions (HTS) is an R&D (research and development) division within Honeywell dedicated to innovative product research. HTS is headquartered in Bangalore, India with an employee strength of over 5000. HTS has development Centers in Hyderabad (India), Madurai (India), Shanghai (China), and Brno (Europe, Czech Republic). Most of the flight management systems are made and tested at these labs.[17] HTS offers technological and R&D services to the various business units of Honeywell International, mainly Aerospace, Automation and Control Solutions (ACS), Speciality Materials and Transportation Systems. Recently the company started producing car parts also such as radiators.

The United States Environmental Protection Agency states that no corporation has been linked to a greater number of Superfund toxic waste sites than has Honeywell.[18] Honeywell ranks 44th in a list of U.S. corporations most responsible for air pollution, releasing more than 4.25 million kg (9.4 million pounds) of toxins per year into the air.[19] In 2001, Honeywell agreed to pay $150,000 in civil penalties and to perform $772,000 worth of reparations for environmental violations involving:[20]

In 2003, a federal judge in Newark, New Jersey ordered the company to perform an estimated $400 million environmental remediation of chromium waste, citing "a substantial risk of imminent damage to public health and safety and imminent and severe damage to the environment". [21][dead link] In the same year, Honeywell paid $3.6 million to avoid a federal trial regarding its responsibility for trichloroethylene contamination in Lisle, Illinois.[22] In 2004, the State of New York announced that it would require Honeywell to complete an estimated $448 million cleanup of more than 74,000 kg (165,000 lbs) of mercury and other toxic waste dumped into Onondaga Lake in Syracuse, NY.[23] In 2005, the state of New Jersey sued Honeywell, Occidental Petroleum, and PPG to compel cleanup of more than 100 sites contaminated with chromium, a metal linked to lung cancer, ulcers, and dermatitis.[24] In 2008, the state of Arizona made a settlement with Honeywell to pay a $5 million fine and contribute $1 million to a local air-quality cleanup project, after allegations of breaking water-quality and hazardous-waste laws on hundreds of occasions between the years of 1974 and 2004.[25]

In 2006, Honeywell announced that its decision to stop manufacturing mercury switches had resulted in reductions of more than 11,300 kg, 2800 kg, and 1500 kg respectively of mercury, lead, and chromic acid usage. The largest reduction represents 5% of mercury use in the United States.[26] The EPA acknowledged Honeywell's leadership in reducing mercury use through a 2006 National Partnership for Environmental Priorities (NPEP) Achievement Award for discontinuing the manufacturing of mercury switches.[27]

Honeywell maintains a very active community involvement program called "Hometown Solutions".[28] Program initiatives include matching employee volunteer involvement with charitable donations, encouraging study of math and science, re-building after hurricane Katrina and a long-standing partnership with the National Center for Missing and Exploited Children called "Got2bSafe".[29] Literature produced by Got2bSafe has been distributed to more than 72,000 schools across America, representing every school district in the U.S. and the program has reached more than 5 million elementary school students.[30] Honeywell is also involved in the Honeywell Nobel Initiative, a program that takes Physics and Chemistry Nobel Laureates to lecture at special programs all around the world and seeks to make these lectures available online.[31]