A viceroy /ˈvaɪs.rɔɪ/ is a royal official who runs a country, colony, or province (or state) in the name of and as representative of the monarch. The term derives from the Latin prefix vice-, meaning "in the place of" and the French word roi, meaning king. A viceroy's province or larger territory is called a viceroyalty. The adjective form is viceregal,[1] less often viceroyal.[2] A vicereine is a woman in a viceregal position, or a viceroy's wife.[3]

The title was originally used by the Aragonese Crown, where beginning in the 14th century it referred to the governors of Sardinia and Corsica. The absolutist kings of Spain came to appoint numerous viceroys to rule over various parts of their vast Spanish Empire in Europe, the Americas, and overseas elsewhere.

In Europe, until the 18th century the Spanish crown appointed viceroys of Aragon, Valencia, Catalonia, Navarre, Sardinia, Sicily, Naples and Portugal (1580–1640). With the ascension of the House of Bourbon to the Spanish throne, the historic Aragonese viceroyalties were replaced by new Captaincies General. At the end of War of the Spanish Succession, the Spanish Monarchy was shorn of its Italian possessions. These Italian territories, however, continued to have viceroys under their new rulers for some time; Sardinia would have a viceroy until 1848.

With the Spanish colonization of the Americas, the institution of viceroys was adapted to govern the highly populated and wealthy regions of New Spain (Mexico) and Peru. The viceroys of these two areas had oversight over the other provinces, with most of the North American, Central American, Caribbean and East Indian areas supervised by the viceroy in Mexico City and the South American ones by the viceroy in Lima, (with the exception of most of today's Venezuela, which was overseen by the Audiencia of Santo Domingo for most of the colonial period). These large administrative territories became known as Viceroyalties (Spanish term: Virreinato). There were only two New World viceroyalties until the 18th century, when the new Bourbon Dynasty established two additional viceroyalties to promote economic growth and new settlements. New viceroyalties were created for New Granada in 1717 (capital, Bogotá) and the Río de la Plata in 1776 (capital, Buenos Aires).

The viceroyalties of the Spanish Americas and the Spanish East Indies were subdivided into smaller, automous units, the Audiencias and the Captaincies General, which in most cases became the bases for the independent countries of modern Hispanic America. These units gathered the local provinces which could be governed by a either a corregidor (sometimes alcalde mayor) or by a cabildo. Audiencias primarily functioned as superior judicial tribunals, but unlike their European counterparts, the New World audiencias were granted by law both administrative and legislative powers. Captaincies General were primarily military districts set up in areas with a risk of foreign or Indian attack, but the captains general were usually given political powers over the provinces under their command. Because the long distances to the viceregal capital would hamper effective communication, both audiencias and captains general were authorized to communicate directly with the crown through the Council of the Indies. The Bourbon Reforms introduced the new office of the intendant, which was appointed directly by the crown and had broad fiscal and administrative powers in political and military issues.

The title of Viceroy being awarded to members of the nobility, Viceroys, Governors and Governing Commissions were many times interleaved until the last Viceroy Afonso, Prince Royal of Portugal, in 1896. From 1505 to 1896 Portuguese India – the name "India" including all Portuguese possessions in the Indian Ocean, from southern Africa to Southeast Asia, until 1752- was governed either by a Viceroy (Portuguese Vice-Rei) or Governor from its headquarters, in Goa since 1510. The government started six years after the discovery of sea route to India by Vasco da Gama, in 1505, under first Viceroy Francisco de Almeida (b.1450–d.1510). Initially, King Manuel I of Portugal tried a power distribution with three governors in different areas of jurisdiction, however the post was centered by governor Afonso de Albuquerque (1509–1515), who became plenipotentiary, and remained so. The duration in office was usually three years, possibly given the power represented: of the thirty-four governors of India in the 16th century, only six had longer mandates.[4]

After the Iberian Union in 1640, the governors of colonial Brazil of the high nobility started to use the title of Viceroy.[5] Brazil became a Viceroyalty in 1763, when the capital of the Estado do Brazil was transferred from Salvador to Rio de Janeiro.[6] In 1775 Brazilian Estados (Brasil, Maranhão and Grão-Pará) were unified into the Viceroyalty of Brazil, with Rio de Janeiro as capital. In 1808, with the arrival of the Portuguese king, the office of Viceroy was extinguished never to be re-established, as Brazil was elevated to the rank of a kingdom in 1815, as the United Kingdom of Portugal, Brazil and the Algarves.

From 1858 until 1947, the chief British government official and representative of the British monarch in India was styled the "Viceroy and Governor-General of India". Initially an official operating primarily under the auspices of the British East India Company during the 18th century, under the Government of India Act 1858, the office of Viceroy became an official part of the British Government. Thenceforth, the Viceroy was appointed by the British Sovereign to oversee the administration of the British Raj and to conduct relations with the quasi-independent Princely States of India. The Viceroys reported directly to the Secretary of State for India in London and were advised by the Council of India. The Viceroys were largely unencumbered in the exercise of their authority and were among the most powerful men on earth in the Victorian and Edwardian eras, ruling over an entire subcontinent and with a large military force at their disposal in the form of the British Indian Army. Under the terms of the Government of India Act 1919, Viceroys shared some limited aspects of their authority with the Central Legislative Assembly, one of the first steps of reform as India progressed towards home rule under the Government of India Act 1935, independence as a Dominion in 1947, and ultimately the declaration of a republic in 1949.

Alongside the Commander-in-Chief, India, the Viceroy was the public face of the British presence in India, attending to many ceremonial functions as well as political affairs. As the representative of the Emperors and Empresses of India, who were also the Kings and Queens of the United Kingdom of Great Britain and Ireland, the Viceroy served as the Grand Master of the two principal chivalric orders of British India: the Order of the Star of India and the Order of the Indian Empire. 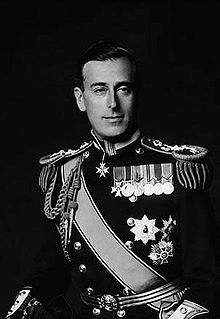 During the office's history, the Governor-Generals of India were based in two cities: Calcutta during the 19th century and New Delhi during the 20th century. Additionally, whilst Calcutta was the capital of British India, the Viceroys spent the summer months at Simla. The two historic residences of the Viceroys still stand: the Viceroy's House in New Delhi and Government House in Calcutta. They are used today as the official residences of the President of India and the Governor of West Bengal, respectively. The portraits of the Governors-General still hang in a room on the ground floor of the Presidential Palace, one of the last vestiges of both the Viceroys and the British Raj.[7]

Notable Governors-General of India include Warren Hastings, Lord Cornwallis, Lord Curzon, the Earl of Minto, Lord Chelmsford, and Lord Mountbatten. Lord Mountbatten served as the last Viceroy of British India, but continued on as the first Governor-General of the Dominion of India.

Further information: List of Governors-General of India,, and Presidencies and provinces of British India

The Lords Lieutenant of Ireland were often referred to as "Viceroy" after 1700 until 1922, even though the Kingdom of Ireland had been merged in 1801 into the United Kingdom of Great Britain and Ireland.

Namestnik (Russian: наме́стник, Russian pronunciation: [nɐˈmʲɛsnʲɪk]) was an office position in the history of the Russian Empire. Its literal translation would be "viceroy", "deputy", "lieutenant" (the broader sense of that word) or literally in place appointee. The term has two periods of usage, with different meanings.[8][9][10][11] Namestnik replaced the obsolete position of voyevoda (ruler of krai or uyezd) by Peter I.

The Tsar Paul I's 1799 formation of the Russian-American Company obviated viceroys in the colonization of the northwestern New World.

In Italian Viceré: The highest colonial representatives in the "federation" of Italian East Africa (six provinces, each under a governor; together Ethiopia, Eritrea and Italian Somaliland) were no longer styled "High Commissioner", but "Viceroy and Governor-general" from 5 May 1936, when fascist forces temporarily occupied Ethiopia, until 27 November 1941, when the last Italian administrator surrendered to the Allies. The Italian King Victor Emmanuel claimed the title of "Emperor of Ethiopia" (Nəgusä nägäst, "King of Kings") and declared himself to be a successor to the Nəgusä nägäst,[citation needed] even though Emperor Haile Selassie I continued to hold this title while in exile, and resumed his actual, physical throne on 5 May 1941.

From the earliest medieval period in the Kingdom of Croatia, the position of viceroy was held by Ban of Croatia who acted as king's representative in Croatian lands and supreme commander of Croatian army. In the 18th century, Croatian bans eventually become chief government officials in Croatia. They were at the head of Ban's Government, effectively the first prime ministers of Croatia. The last ban held his position until 1941 and the collapse of Yugoslavia in WWII.

An equivalent office, called the Exarch was created in the Byzantine or Eastern Roman Empire towards the end of the sixth century for governors of Important areas too far from the imperial capital of Constantinople to receive regular instruction or reinforcement. The chosen governors of these provinces were empowered to act in place of the Monarch (hence ex-arch) with more discretion and autonomy then was granted other categories of Governor. This was an extraordinary break from the centralized traditions of the Roman Empire and was an early example of the principle of Viceroyalty.

As many princely and administrative titles, viceroy is often used, generally unofficially, to render somewhat equivalent titles and offices in non-western cultures.

The khedive of Egypt, especially in the dynasty initiated by Muhammad Ali Pasha (1805–1848). This officer established an almost autonomous regime in Egypt, which officially still was under Ottoman rule. Although Mehemet Ali/Muhammad Ali used different symbols to mark his independence from the Sublime Porte, he never openly declared himself independent. Adopting the title of viceroy was yet another way to walk the thin line between challenging the Sultan's power explicitly and respecting his jurisdiction. Muhammad Ali Pasha's grandson, Ismail Pasha, subsequently received the title of Khedive which was almost an equivalent to viceroy.[16]

The post of Tổng Trấn (governor of all military provinces) was a political post in the early of Vietnamese Nguyễn Dynasty (1802–1830). From 1802, under the reign of emperor Gia Long, there were always two Tổng Trấn who directly ruled Vietnam's northern part named Bắc Thành (Hanoi and surrounding territories) and the southern part named Gia Định (Saigon and surrounding territories) while Nguyen emperors ruled only the middle part named Vùng Kinh Kỳ (Huế and surrounding territories). Tổng Trấn is sometimes translated to English as viceroy.[17] In 1930, emperor Minh Mạng abolished the post in order to increase the imperial direct ruling power in all over Vietnam. The best-known Vietnamese viceroy in the west is Lê Văn Duyệt, who ruled the southern part of Vietnam twice (1812–1815 and 1820–1832) and had many contact with Europeans.[18]

During the Han, Ming and Qing dynasties, there existed positions of viceroys having control over various provinces (e.g., Liangguang = Guangdong and Guangxi, Huguang = Hubei and Hunan).