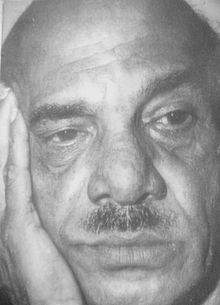 Vaikom Muhammad Basheer is regarded as one of India's most successful and outstanding writers. He is noted for a disarmingly down-to-earth style of writing that has won over both literary critics as well as the common man.

The term Malayalam literature refers to Literature written in Malayalam language. Malayalam is the language spoken by around 35 million people, mainly the inhabitants of the state of Kerala and the union territory of Lakshadweep Islands in India. Malayalam is a Dravidian language and thus has close association with the other Dravidian languages, especially Tamil. Historically, Kerala had been receptive to foreign influence and this has had effect on the Malayalam literature also, which has evolved over time.

For the first 500 years of the Malayalam calendar, Malayalam literature remained in a preliminary stage. During this time, Malayalam literature consisted mainly of various genres of songs. The most prominent among them were songs praising the goddesses of the land, ballads of brave warriors, songs related to the work of a particular caste and songs intended just for entertainment. Bhardakali pattu, thottam pattu, mavaratham pattu, sasthanga pattu, nizhalkoothu pattu, sarpa pattu, sastham pattu, thiyyattu pattu, pulluvar pattu, mannar pattu, panar pattu, krishi pattu, thamburan pattu, pada pattu, villadichan pattu, onappttu, kummi and lullaby were some of the major subgenres. All these names were not used historically, but are used in modern times to describe the song genres of at that time.

Ramacharitham is a collection of poems written at the end of preliminary stage in Malayalam literature's evolution. It is the oldest Malayalam book available. The collection has 1814 poems in it. Ramachritham mainly consists of stories from Yuddha Kanda of Ramayana. It is written by a poet named Cheeramakavi who, according to poet Ulloor S. Parameshwaya Aiyer was Sree Veerarama Varman, a king of Travancore from AD 1195 to 1208.[1] Some other experts like Dr. K.M. George and P.V. Krishnan Nair claim that the origin of the book is in north Kerala citing the use of certain words in the book and also the fact that the manuscript of the book was actually recovered from Neeleshwaram in north Kerala.[2] Some experts consider it as a Tamil literary piece. According to A. R. Rajaraja Varma who heavily contributed in the development of Malayalam grammar, is of the opinion that Malayalam originated from ancient Tamil. Ramacharitham is considered as a book written during the forming years of Malayalam. According to Rev. Dr. Hermann Gundert who compiled the first dictionary in Malayalam language, Ramacharitham shows the ancient of Malayalam language.[3]

The field of Malayalam writers include the following people, from various disciplines and periods.