This is a list of prominent Opus Dei members. It is intended to include people whose membership in Opus Dei is documented in published sources, and therefore a matter of public record.

The names of Opus Dei directors and priests are available in official Catholic journals and Opus Dei's official bulletin, Romana.

Opus Dei maintains lists of cooperators, who are not considered by Opus Dei to be members, and who do not even have to be Roman Catholics, but who agree to assist with the work of Opus Dei in any of various ways. Such cooperators are not included in this list.

This article should by no means be considered an exhaustive list of past and present members and sympathisers of Opus Dei involved in political, religious, cultural, academic or literary life.

Opus Dei treats membership status of its lay members in a confidential manner, having a stated policy of neither confirming nor denying the membership of Opus Dei until the member in question has publicly acknowledged his or her membership.

Opus Dei's supporters express the belief that a person's spiritual life is a private matter, and that the practice of not divulging membership lists is common to many organizations such as trade unions, hospitals, schools and clubs.[1] They also believe that it is part of the secular nature of vocation to Opus Dei that their members do not represent the religious organization which provide them with spiritual instruction, in the same way that professionals do not externally represent their alma maters. According to several journalists who worked independently on Opus Dei accusations of secrecy come from a clericalist mentality which equates Opus Dei members with monks and priests, the traditional symbols of holiness who are externally identifiable as such.

Detractors argue that, given Opus Dei's strong defence of traditional Roman Catholic positions in social and moral matters, especially in regards to pro-life and marriage, membership of the organisation is indeed relevant to exercising functions in the public domain. In addition, Opus Dei states that it is a non-political organisation and does not direct or try to influence its members in any way in the fulfillment of their professional duties, whether in the public or private sphere, except where such activities impinge on their duties as Roman Catholics.

For the most part, Opus Dei members belong to the low and middle class in terms of income, social status and education.[2] Among its members are barbers, bricklayers, mechanics, and fruit sellers. Most supernumeraries are living ordinary middle-class lives.[3] 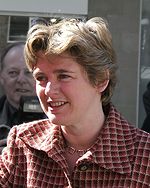 Dr. Margaret Ogola, director of Kenyan Hospice for HIV-positive orphans and author of The River and the Source 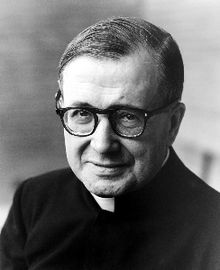 For other members of the clergy, please see Opus Dei: Priestly Society of the Holy Cross