This is a list of people who have been said to be a messiah, either by themselves or by their followers. The list is divided into categories, which are sorted according to date of birth (where known).

In Judaism, "messiah" originally meant a divinely appointed king, such as David, Cyrus the Great[1] or Alexander the Great.[2] Later, especially after the failure of the Hasmonean Kingdom (37 BC) and the Jewish–Roman wars (AD 66-135), the figure of the Jewish Messiah was one who would deliver the Jews from oppression and usher in an Olam Haba ("world to come") or Messianic Age. 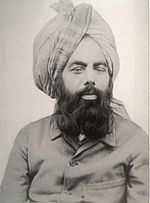 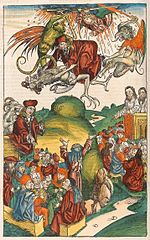 Simon Magus
See also: List of people who have claimed to be Jesus and Second Coming

Verses in the Christian bible tell that Jesus will come again in some fashion; various people have claimed to, in fact, be the second coming of Jesus. Others have been styled a new messiah still under the umbrella of Christianity.

Main article: People claiming to be the Mahdi

Islamic tradition has a prophecy of the Mahdi, who will come alongside the return of Isa (Jesus).

This list features people who are said, either by themselves or their followers, to be some form of a messiah that do not easily fit into only Judaism, Christianity and Islam.