The Darwin–Wedgwood family is actually two interrelated English families, descended from the prominent 18th century doctor, Erasmus Darwin, and Josiah Wedgwood, founder of the pottery firm, Josiah Wedgwood and Sons, the most notable member of which was Charles Darwin. The family contained at least ten Fellows of the Royal Society and several artists and poets (including the composer Ralph Vaughan Williams). Presented below are brief biographical sketches and genealogical information with links to articles on the members. The individuals are listed by year of birth and grouped into generations. The relationship to Francis Galton and his immediate ancestors is also given. Note the tree below does not include all descendants or even all prominent descendants.

The family is distantly linked to William Wedgwood Benn's family of Labour Party politicians (namely himself plus son Tony, grandson Hilary, and great-granddaughter Emily Benn) through Josiah Wedgwood's great-great uncle Aaron. It is linked to the intellectual Huxley family through Andrew Huxley's marriage to Jocelyn Richenda Gammell Pease, granddaughter of Josiah Wedgwood IV and by the marriage of Angela Huxley, great granddaughter of Thomas Huxley, to George Darwin, great grandson of Charles Darwin. 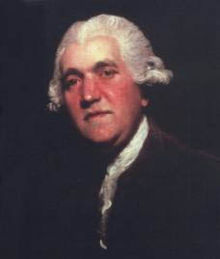 Josiah Wedgwood (1730–1795) was a noted potter and a friend of Erasmus Darwin. In 1780, on the death of his long-time business partner Thomas Bentley, Josiah turned to his friend for help in running the business. As a result of the close association that grew up between the Wedgwood and Darwin families, one of Josiah's daughters later married Erasmus's son Robert. One of the children of that marriage, Charles Darwin, also married a Wedgwood — Emma, Josiah's granddaughter. Robert's inheritance of Josiah's money enabled him to fund Charles Darwin's chosen vocation in natural history that led to the inception of Darwin's theory of evolution. Subsequently Emma's inheritance made the Darwins a wealthy family.

Josiah Wedgwood married Sarah Wedgwood (1734–1815), and they had seven children, including:

Erasmus Darwin (1731–1802) was a physician, botanist and poet from Lichfield, whose lengthy botanical poems gave insights into medicine and natural history, and outlined an evolutionist theory that anticipated both Jean-Baptiste Lamarck and his grandson Charles. He married twice, first in 1757 to Mary Howard (1740–1770), who died from alcohol-induced liver failure aged 31. She gave birth to:

He then had an extra-marital affair with a Miss Parker, producing two daughters: 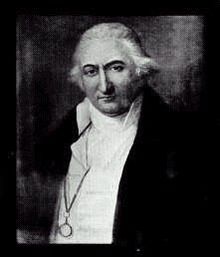 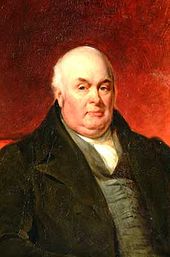 The son of Erasmus Darwin, Robert Darwin was a noted physician from Shrewsbury,[1] whose own income as a physician to the rich together with astute investment of his inherited wealth enabled him to fund his son Charles Darwin's place on the Voyage of the Beagle and then give him the private income needed to support Charles' chosen vocation in natural history that led to the inception of Darwin's theory of evolution. He married Susannah Wedgwood, daughter of Josiah Wedgwood (see above), and they had the following children.

Josiah Wedgwood (1769 – 1843) was the son of the first Josiah Wedgwood, and Member of Parliament for Stoke-on-Trent. He married Elizabeth Allen (1764–1846) and they had seven children: 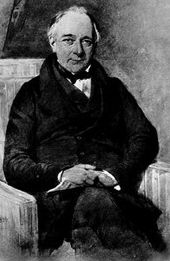 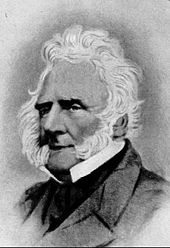 Sir Francis Sacheverel Darwin was the son of Erasmus Darwin and Elizabeth (née Collier), daughter of Charles Colyear, 2nd Earl of Portmore. Francis was an accomplished travel writer, explorer and naturalist and bravely studied the ravages of the plague on Smyrna at great personal risk. He was the only one to return of his friends who set out for the East. A physician to George III, he was knighted by George IV. 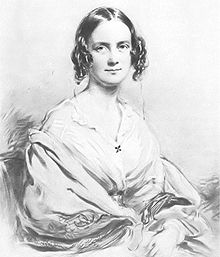 The most prominent member of the family, Charles Darwin, proposed the first coherent theory of evolution by means of natural and sexual selection.

Charles Robert Darwin was a son of Robert Waring Darwin and Susannah Wedgwood. He married Emma Wedgwood, a daughter of Josiah Wedgwood II and Elizabeth Allen. Charles's mother, Susannah, was a sister to Emma's father, Josiah II. Thus, Charles and Emma were first cousins. Because of intermarriages in earlier generations, they were also related in other ways.

The Darwins had several children, three of whom died before reaching maturity.

Sir Francis Galton FRS (1822–1911) made important contributions to statistics and is known as the father of eugenics. He married Louisa Jane Butler, but they had no children.

Other notables from the same period

The Rev. William Darwin Fox (1805–1880) was a second cousin of Charles Darwin and an amateur entomologist, naturalist and palaeontologist. Fox became a life-long friend of Charles Darwin following their first meeting at Christ's College, Cambridge. He married Harriet Fletcher, who gave him five children, and following her death married Ellen Sophia Woodd, who provided the remainder of his 17 children.

Following his graduation from Cambridge in 1829, Fox was appointed as the Vicar of Osmaston and in 1838 became the Rector of Delamere, a living he retained until his retirement in 1873.

George Howard Darwin (1845–1912) was an astronomer and mathematician. He married Martha (Maud) du Puy of Philadelphia. They had four children:

Leonard Darwin (1850–1943) was variously an army officer, Member of Parliament and eugenicist who corresponded with Ronald Fisher, thus being the link between the two great evolutionary biologists.

Francis Darwin (1848–1925) was the botanist son of Charles Darwin and Emma Darwin (née Wedgwood). Francis Darwin married Amy Ruck in 1874, who died in 1876 after the birth of their son Bernard Darwin, an author on golf - see below. Francis married Ellen Crofts in September 1883 and they had a daughter Frances Crofts, who married and became known as the poet Frances Cornford (see below). In 1913 he married his third wife Florence Henrietta Darwin (née Fisher); there were no children of this marriage.

Charles Galton Darwin 1887-1962 was the son of George Howard Darwin (see above) and was a noted physicist of the age, and Director of the National Physics Laboratory. His son George Pember Darwin (1928–2001) married Angela Huxley, great granddaughter of Thomas Huxley.

Gwen Raverat (née Darwin) (1885–1957) was the daughter of George Howard Darwin and was an artist. She married the French artist Jacques Raverat in 1911 and had daughters Elizabeth Hambro and Sophie Pryor. Her dryly amusing childhood memoir, Period Piece, contains illustrations of and anecdotes about many of the Darwin — Wedgwood clan.

Josiah Wedgwood (1872–1943), great-great-grandson of Josiah Wedgwood I, was a Liberal and Labour MP, and served in the military during the Second Boer War and the First World War. He was raised to the peerage in 1942.

Cmdr Ralph Tindal-Carill-Worsley, RN, (1886–1966), brother of Charles, naval officer and bon viveur, served in the royal yacht HMY Victoria and Albert III under King Edward VII before World War I. He retired from the Royal Navy after the First World War but was recalled during World War II, when he was commandant of a training school for WRENS (members of the Women's Royal Naval Service). He married Kathleen, daughter of Simon Mangan of Dunboyne Castle, Lord Lieutenant of Meath and a first cousin of Brig Gen Paul Kenna, VC, and had three children.

Erasmus Darwin Barlow (1915–2005) was a psychiatrist, physiologist and businessman. Son of Nora Barlow.

John Cornford was a poet. Son of Frances Cornford, see above.

George Erasmus Darwin, (b. 1927) is a metallurgist. Son of William Robert Darwin, see above.

Quentin Keynes (1921–2003) was a bibliophile and explorer. Son of Margaret Keynes, née Darwin, see above.

Martin T. Barlow (b. 1953) is a mathematician; son of Andrew Dalmahoy Barlow.

Phyllida Barlow (b.1944) is a sculptor and art academic; daughter of Erasmus Darwin Barlow.

Carola Darwin (b.1967), Singer, musicologist, granddaughter of Charles Galton Darwin, see above, and sister of Emma Darwin the novelist, see below.

Chris Darwin (b. 1961), conservationist and adventurer, son of George Erasmus Darwin, see above, and brother of Sarah Darwin, see below.

Randal Keynes (b.1948), conservationist and author, son of Richard Keynes, see above.

Hugh Massingberd (1947–2007) was an obituaries editor for the Daily Telegraph, a journalist and the author of many books on genealogy and architectural history. He was the great great grandson of Charlotte Langton (née Wedgwood), sister of Emma Darwin (Charles Darwin's wife) and granddaughter of Josiah Wedgwood I.[4]

Skandar Keynes (b.1991), actor, played "Edmund" in The Chronicles of Narnia (film series), son of Randal Keynes, see above.

There was a notable history of intermarriage within the family. In the period under discussion, Josiah Wedgwood married his third cousin Sarah Wedgwood; Charles Darwin married his first cousin Emma Wedgwood; his sister, Caroline Darwin, married Emma's brother (and Caroline's first cousin), Josiah Wedgwood III. There were other instances of cousin marriage both up and down the family tree. Cousin marriage was not uncommon in Britain during the 19th century though why is debated: poorer communications, keeping wealth within the family, more opportunity of evaluating a relative of the opposite sex as a suitable marriage partner (unmarried young women of the upper and upper middle classes were closely chaperoned when meeting men outside the family in the 19th century), more security for the woman as she would not be leaving her family (though legal rights for married women increased during the century, as a rule her property became his and she had little legal recourse if he chose to abuse her).

These arms were granted to Reginald Darwin, of Fern, Derbyshire, for himself and certain descendants of his father, Sir Francis Sacheverel Darwin, and his uncle Robert Waring Darwin (Father of Charles), on 6 March 1890.[5] As Charles Darwin fell within the destination, they have been used in connection with him, despite being granted after his death. Something similar is used by Darwin College, Cambridge.