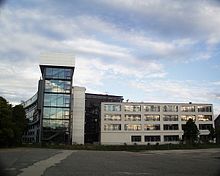 Founded in July 2006, the project published their results in the May 2010 journal Science detailing an initial draft of the Neanderthal genome based on the analysis of four billion base pairs of Neanderthal DNA. The study determined that some mixture of genes occurred between Neanderthals and anatomically modern humans and presented evidence that elements of their genome remain in that of non-African modern humans.[1][2]

At roughly 3.2 billion base pairs,[3] the Neanderthal genome is about the size of the modern human genome. According to preliminary sequences, 99.7% of the base pairs of the modern human and Neanderthal genomes are identical, compared to humans sharing around 98.8% of base pairs with the chimpanzee.[4] (Other studies concerning the commonality between chimps and humans have modified the commonality of 98% to a commonality of only 94%, showing that the genetic gap between humans and chimps is bigger than originally thought.)[5][6] The researchers recovered ancient DNA of Neanderthals by extracting the DNA from the femur bones of three 38,000-year-old female Neanderthal specimens from Vindija Cave, Croatia, and other bones found in Spain, Russia, and Germany.[7] Only about half a gram of the bone samples was required for the sequencing, but the project faced many difficulties, including the contamination of the samples by the bacteria that had colonized the Neanderthal's body and humans who handled the bones at the excavation site and at the laboratory.[3]

Additionally, in 2010, the announcement of the discovery and analysis of Mitochondrial DNA (mtDNA) from the Denisova hominin in Siberia revealed that this specimen differs from that of modern humans by 385 bases (nucleotides) in the mtDNA strand out of approximately 16,500, whereas the difference between modern humans and Neanderthals is around 202 bases. In contrast, the difference between chimpanzees and modern humans is approximately 1,462 mtDNA base pairs. Analysis of the specimen's nuclear DNA is under way and is expected to clarify whether the find is a distinct species.[8][9] Even though the Denisova hominin's mtDNA lineage predates the divergence of modern humans and Neanderthals, coalescent theory does not preclude a more recent divergence date for her nuclear DNA.

In 2006, two research teams working on the same Neanderthal sample published their results, Richard Green and his team in Nature,[10] and Noonan et al. in Science.[11] The results were received with some criticism, mainly surrounding the issue of a possible admixture of Neanderthals into the modern human genome.[12] The speech-related gene FOXP2 with the same mutations as in modern humans was discovered in ancient DNA in the El Sidrón 1253 and 1351c specimens,[13] suggesting Neanderthals might have shared some basic language capabilities with modern humans.[14] 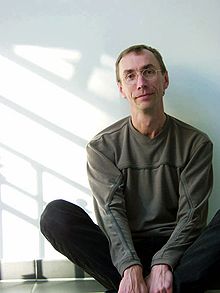 Svante Pääbo, director of the Department of Genetics at the Max Planck Institute for Evolutionary Anthropology and head of its Neanderthal genome project

In 2006, Richard Green's team had used a then new sequencing technique developed by 454 Life Sciences that amplifies single molecules for characterization and obtained over a quarter-million unique short sequences ("reads"). The technique delivers randomly located reads, so that sequences of interest, e.g. genes that differ between modern humans and Neanderthals, show up at random as well. However, this form of direct sequencing destroys the original sample so to obtain new reads more sample must be destructively sequenced.[15]

Noonan et al., led by Edward Rubin, used a different technique, one in which the Neanderthal DNA is inserted into bacteria, which make multiple copies of a single fragment. They demonstrated that Neanderthal genomic sequences can be recovered using a metagenomic library-based approach. All of the DNA in the sample is "immortalized" into metagenomic libraries. A DNA fragment is selected, then propagated in microbes. The Neanderthal DNA can be sequenced or specific sequences can be studied.[clarification needed][15]

Overall, their results were remarkably similar. One group suggested there was a hint of mixing between human and Neanderthal genomes, while the other found none, but both teams recognized that the data set was not large enough to give a definitive answer.[12]

The publication by Noonan et al. revealed Neanderthal DNA sequences matching chimpanzee DNA, but not modern human DNA, at multiple locations, thus enabling the first accurate calculation of the date of the most recent common ancestor of H. sapiens and H. neanderthalensis. The research team estimates the most recent common ancestor of their H. neanderthalensis samples and their H. sapiens reference sequence lived 706,000 years ago (divergence time), estimating the separation of the human and Neanderthal ancestral populations to 370,000 years ago (split time).[16]

Green et al. calculated a divergence time of 516,000 years ago and do not indicate a split, while they claim the average divergence time between alleles within humans is thus 459,000 years with a 95% confidence interval between 419,000 and 498,000 years. These two dates (~500k) were calculated with assumption on non-selective pressure. If positive selection forced mtDNA changes then the split time may be shorter. In this study, the team stated:

"Neanderthal genetic differences to humans must therefore be interpreted within the context of human diversity."

On the other hand, Noonan et al. found no evidence of Neanderthal admixture to the modern human genome, but they did not preclude admixture of up to 20% with a certainty better than 95%, and hence did not claim to present a definite answer to the question.

In February 2009, the Max Planck Institute's team, led by geneticist Svante Pääbo, announced that they had completed the first draft of the Neanderthal genome[3] An early analysis of the data suggested in "the genome of Neanderthals, a human species driven to extinction" "no significant trace of Neanderthal genes in modern humans".[17] New results suggested that some adult Neanderthals were lactose intolerant.[14] On the question of potentially cloning a Neanderthal, Pääbo commented, "Starting from the DNA extracted from a fossil, it is and will remain impossible."[3]

In May 2010, the project released a draft of their report on the sequenced Neanderthal Genome. Contradicting the results discovered while examining mitochondrial DNA, they demonstrated a range of genetic contribution to non-African modern humans ranging from 1% to 4%. From their Homo sapiens samples in Eurasia (French, Han Chinese & Papuan) the authors state that it is likely that interbreeding occurred in the Levant before Homo sapiens migrated into Europe.[18] However, this finding is disputed because of the lack of archeological evidence supporting their statement. The fossil evidence does not place Neanderthals and modern humans in close proximity at this time and place.[19]

Previously, in 1999, a report was made of a rib fragment from the partial skeleton of a Neanderthal infant found in the Mezmaiskaya cave in the northwestern foothills of the Caucasus Mountains that was radiocarbon-dated to 29,195 ± 965 B.P., and therefore belonging to the latest lived Neanderthals. Ancient DNA was recovered for a mtDNA sequence showing 3.48% divergence from that of the Feldhofer Neanderthal, some 2,500 km to the west in Germany. Phylogenetic analysis placed the two in a clade distinct from modern humans, suggesting that their mtDNA types have not contributed to the modern human mtDNA pool.[20]

A 2007 review of the data by Wall and Kim[21] reanalyses the data obtained from the published papers of Noonan et al.[11] and Green et al.,[10] and it holds that the results are inconsistent with each other. The review proposes serious problems with the data quality in one of the studies, possibly due to modern human DNA contaminants and/or a high rate of sequencing errors.

While Noonan et al. were unable to definitively conclude that interbreeding between the two species of humans did not occur, they proclaim little likelihood of it having occurred at any appreciable level.[15] The study opts for a 0% contribution of Neanderthal DNA to the modern European gene pool, based on the 95% confidence interval that indicates a margin between 0% and 20% contribution. The reanalyses of Wall and Kim yielded interbreeding margins between 0% and 39% to the data of Noonan et al., and margins between 81% and 100% to the data of Green et al. These vastly inconsistent results could only be reconciled by assuming a very recent split time between the two populations of 60 kya or less. However, such a recent split time would not be consistent with the estimated modern European-Neanderthal population split time from the Noonan et al. data.

The key assumption of Noonan et al.[10][11] is that the 38,000 years of fossilisation suffered by the Neanderthal DNA should have the genome analysis focus on ancient DNA fragments of about 50 to 70 base pairs in length.[clarification needed] Green et al. do not make such an assumption; they generalized towards the exclusion of modern human nuclear DNA contamination by finding little evidence of modern human DNA contamination.[clarification needed] Such mitochondrial DNA[clarification needed] tends to remain preserved longer than nuclear DNA.[15] However, Wall and Kim noted a length dependence of the results, having the small fragments pointing to a divergence time[clarification needed] similar to the results of Noonan et al. and the large fragments much more similar on average to modern human DNA - even to the extent of indicating an estimated human-Neanderthal sequence divergence time that is less than the estimated divergence time of two extant members of one referenced population in West Africa.[22][clarification needed] Although Wall and Kim hold modern human contamination to be size-biased, since Neanderthal DNA would be expected to have a tendency to be degraded into short fragments, they noted that length dependence of the results means that alignment issues alone are unlikely to be a sufficient explanation, since longer fragments would be easier to align and thus the data from longer fragments should be more accurate. Still they mark this as a signal of potential contamination in the data of Green et al. No similar signal of potential contamination was found in the data of Noonan et al.