Cockburn, often (or usually) pronounced /ˈkoʊbərn/, is a Scottish surname that originated in the Borders region of the Scottish Lowlands. In the United States most members of the same family have adopted the simplified spelling 'Coburn'. The French branch of the family uses the spelling 'de Cockborne'.

The Cockburn surname had appeared by the early 13th century, when it was employed to identify individuals from a district or location called Cockburn (modern spelling). The name Cockburn has been viewed as originating from the juxtaposition of 'Cock', derived from the Old English word 'cocc' meaning 'moor-cock', 'wild bird' or 'hill', with 'burn' derived from the old word 'burna' meaning 'brook' or 'stream'[1]. There are several possible candidates for this geographical name including: a former 'Cokoueburn' district in early medieval Roxburghshire; a place called 'Calkesburne' that was mentioned in a charter from 1162-1190 that awarded the land of Hermanston in East Lothian[2]; the hill called Cockburn's Law, north of present-day Duns in Berwickshire, which was fortified in Iron Age times; and the town of Cockburnspath, originally known as 'Kolbrand's Path', on the eastern coast of Scotland. There are several Cockburn placenames that are located near Cockburn's Law along Whiteadder Water including Cockburn farm, Cockburn Mill, and the now ruined farm Cockburn East. A Cockburn Castle reportedly existed in this same general area. It is unclear, however, whether this region in Berwickshire is in fact the true origin of the family name.

Modern-day plaque marking the tomb of Perys de Cokburne and his wife Marjory at the site of the now lost Chapel Knowe. The heavily-weathered tomb is believed to date from the 14th or 15th centuries. A branch of the Cockburns were lairds of nearby Henderland in Selkirkshire starting in the mid-1300s.

In perhaps the first recorded mention of a Cockburn, a Petro de Cokburne witnessed a charter in the "Register of the House of Soltre" that described a gift of arable land in Lempitlaw, just east of Kelso in Roxburghshire in about 1190-1220, during the reign of King William "the Lion" (1165-1214)[3][4]. However, the dating of this document has been recently revised to 1251-1274[5]. A Robert de Cockburn is mentioned as a ‘serviens’ (servant or sergeant) in a charter, dating from 1232-1242, in which land is granted to the Chapel of St. Nicholas, next to a bridge over the River Spey in Moray[6]. The knight Sir Roberto de Cokeburn (perhaps the same Robert) is mentioned in a charter that was prepared in Chirnside on November 4, 1261 during the reign of Patrick III, Earl of Dunbar (1248-1270)[7]. Sir Roberto de Cokeburne is mentioned in another charter (dated to 1269-1289) as being the constable of the royal burgh of Roxburgh[8]. A Petro de Kokeburne is mentioned on a document, dated from 15 May 1285, that records the sale of land to Kelso Abbey, near Roxburgh[9]. In the mid 13th century, the landowner Johannes de Kocburn (John de Cockburn) granted land near his property at Collessie in Fife to Lindores Abbey[10]. In the summer of 1296, along with the bulk of the Scottish nobility and senior clergy, Pieres de Cokeburn and Thomas de Cokeburn 'del counte de Rokesburgh' signed the Ragman Roll pledging their allegiance to King Edward I of England.

Historically there have been many alternative spellings of the family name. Early medieval spellings included 'Cokburne', 'Cokeburne', 'Kokeburne' and other variations. In Scotland the spelling of the family name had stabilized to 'Cockburn' by the late 17th century, and this is the spelling most commonly used today in British Commonwealth countries. In the United States, the simplified spelling 'Coburn' is more widely used than 'Cockburn'. In Cumberland, England, the 'Cockbain' family emerged from Scottish Cockburn ancestors[11]. A branch of the family was established in France in the 16th century by mercenary soldiers. In 1494, a Thomas Cocquebourne was serving as an archer in the Garde Écossaise, which was the personal bodyguard of the King of France[12]. Many more Cockburn mercenaries served the Kings of France in this elite unit over the next century. Cockburn descendants in France today use the family name 'de Cockborne'. The early 17th century mercenary leader Samuel Cockburn used the spelling 'Cobron' while working for the King of Sweden. In the late 17th century, a Cockburn merchant established a German branch of the family, which adopted the surname 'Kabrun' in the Hanseatic port of Danzig[13]. A great-grandson of this Scottish-German Kabron was the wealthy merchant and renowned book collector, art collector and philanthropist Jakob Kabrun Jr. (1759-1814)[14].

The Cockburn name was well-known in the English possessions of the Caribbean from the 17th century onwards. By the early 18th century, Cockburns were living in the Bahamas, Barbados and Jamaica. Cockburn Town, the capital of the Turks and Caicos Islands, was founded in 1681 by salt traders from the Bahamas. Dr. James Cockburn (b. c1659 in Langton, Scotland - d. 1718 in Jamaica), Dr. Thomas Cockburn (1700-c1769) and Dr. James Cockburn (c1770-1798) were three generations of medical doctors from the same Cockburn family in Jamaica. The first doctor in this line was the third son of Sir Archibald Cockburn, 2nd Baronet of Langton. Admiral Sir George Cockburn led successful naval operations against the French and Spanish in the Caribbean during the Napoleonic Wars. Sir Francis Cockburn was a colonial administrator in both the British Honduras (1830-37) and the Bahamas (1837-4). Cockburn Town, the administrative center of San Salvador Island in the Bahamas, was named after Sir Francis. Some Scottish Cockburn men settled in the area and married Caribbean women, and their descendants live today in Trinidad and Tobago and elsewhere in the Caribbean and North America.

The emerging technique of Y-DNA testing has been used to establish the Anglo-Saxon roots of the Cockburn family in Scotland[15]. Tested Cockburn men have been found to be genetically very similar to many tested men of the Dunbar family, in particular, Dunbars who are known to be descended from the Earls of Dunbar and their Anglo-Saxon noble predecessors from Northumbria[16]. The Cockburn men and the men from this particular branch of the Dunbar family are all members of the recently discovered R-L257 (R1b1a2a1a1a8) haplogroup of the human male family tree. R-L257 is in turn a subclade of the much more widespread haplogroup R-U106 (R1b1a2a1a1a). The distribution of R-U106 men corresponds roughly with the expected distribution of the Anglo-Saxon peoples, with relatively high densities in Frisia in the Netherlands, England, Scotland, northern Germany, Denmark and Norway. Y-DNA testing has also confirmed close links between the Cockbain family in Northern England and the Cockburn family[17].

The rise and fall of the Cockburn landowners

In 13th century written charters, several Cockburns appear as landowners in Roxburghshire and Fifeshire. In 1330 Sir Alexander de Cokburne became the Baron of Langton and Carriden following his marriage to the wealthy Anglo-Norman hieress Mariota de Veteri-Ponte (also known as Mary Vipont). The Langton estate was located to the southwest of Duns. For the next 400 years the Cockburns of Langton were prominent landowners in Berwickshire. Other branches of the family acquired estates in Ormiston and Clerkington in East Lothian. The Cockburns of Henderland and of Skirling held estates in Selkirkshire and Peebleshire, respectively.

William Cockburn of Henderland was a notorious border reiver in early part of the 16th century. His well-known thievery and his perported close connections with his English counterparts just south of the border made him a target for the young King James V, who wished to clearly establish his authority over the more lawless parts of his kingdom. William Cockburn was arrested in 1530, taken to Edinburgh, tried, convicted of treason and beheaded. His lands and property were forfeit to the Crown.

By the middle of the 18th century, as a result of financial difficulties, the Langton and Ormiston branches of the Cockburn family lost most of their land holdings[18]. Sir Archibald Cockburn, 4th Baronet of Langton borrowed increasing sums of money, primarily from the Cockburn of Cockburn branch of the family, to help finance ambitious agricultural reforms on his Langton estate. These financial difficulties were not resolved by the three succeeding baronets of Langton. At time of the tragic death of Sir Alexander Cockburn, 7th Baronet at Fontenoy in 1745, the financial situation of the Langton branch had become critical. In 1747, his heir, Sir James Cockburn, 8th Baronet, was unable to fend off the claims of his creditors, which included Sir James Cockburn, 3rd Baronet Cockburn of that Ilk, Thomas Hay, and others. The decision of the Lords of Session in Scotland in favor of the creditors was appealed to the House of Lords in London, but the earlier decision was upheld [19]. The resulting bankrupcy led to the auctioning off of the Estate of Langton, which was purchased in 1757 by David Gavin[20]. Despite the loss of their land, the Langton branch of the Cockburn family would continue to be prominent in Great Britain well into the 19th century, but now in the military and judicial arenas. The Cockburn of Langton baronetcy went dormant in 1880 when the 12th Baronet, Sir Alexander Cockburn, died without legitimate issue.

John Cockburn of Ormiston was another enthusiastic proponent for the modernization of Scottish agricultural practice. Unfortunately, the financial consequences of his plans were as ruinous to the Ormiston branch of the Cockburns as they were to the Langton branch. He attempted to demonstrate the benefits of his reforms in a model community at Ormiston. Unfortunately, his ambitious schemes ran into financial difficulties and he was required to sell the estate of Ormiston in 1747 to John Hope, 2nd Earl of Hopetoun. 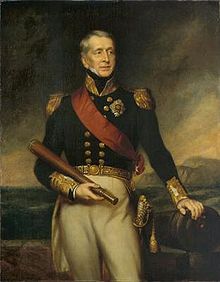 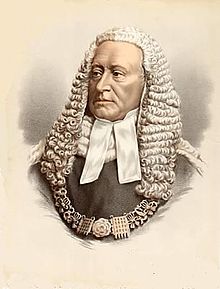 Noteworthy (and in some cases notorious) members of the Cockburn family, given in alphabetical order, include:

There have been two Cockburn baronetcies in the Baronetage of Nova Scotia[21].