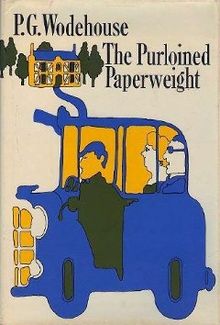 Company For Henry is a novel by P. G. Wodehouse, first published in the United States on May 12, 1967 by Simon & Schuster, Inc., New York, under the title The Purloined Paperweight, and in the United Kingdom on October 26, 1967 by Herbert Jenkins, London.

Not featuring any of Wodehouse's wide cast of regular characters, Company for Henry is nevertheless a typically Wodehousean tale of romance and intrigue among impoverished aristocrats, former musical stars and American millionaires, set at a country house.