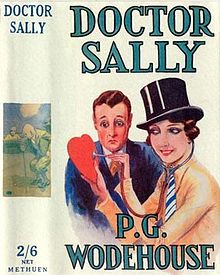 Doctor Sally is a short novel by P.G. Wodehouse, first published in the United Kingdom on April 7, 1932 by Methuen & Co., London. In the United States, it was serialised in Collier's Weekly from July 4 to August 1, 1931 under the title The Medicine Girl, and was included under that name in the US collection The Crime Wave at Blandings (1937).

The story was adapted from Wodehouse's play, Good Morning, Bill (1927), which was itself based on a work by the Hungarian playwright Ladislaus Fodor, and tells of golf expert Dr. Sally Smith, and of Bill Bannister, who loves her.