The Beauty of Bath

The Beauty of Bath 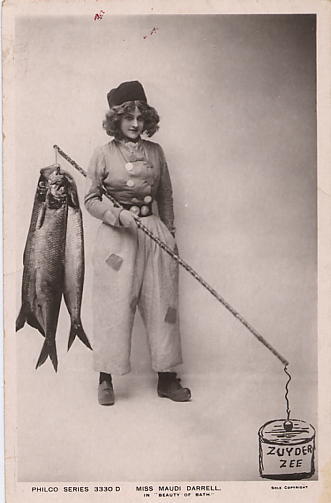 "The Beauty of Bath" is a musical comedy by and , with lyrics by C. H. Taylor, and music by ; additional lyrics were provided by , with music by . It was produced by , opened at the on , moved on to the newly built Hicks Theatre, and ran for a total of 287 performances. It starred Hicks and . later joined the cast, replacing Terriss.

At the interval of a play, the fashionable audience mill about in the foyer, complimenting the new hit play and its leading actor, Mr. Beverley. Sir Timothy Bun, Lady Bun, and their large family of "adopted" daughters, "the twelve Bath Buns," are part of the crowd. An actress, Miss Truly St. Cyr, is courted by a young lord. Mrs. Alington, a widow, is eagerly anticipating the return of her naval Lieutenant son, Richard, whom she has not seen for ten years. The lovely Betty Silverthorne, has fallen in love with the dashing Beverley during Act I to the chagrin of her father, Lord Bellingham.

Six months before the present time, Mrs. Alington had sent her son a photograph of Betty, and the young Lieutenant had fallen in love with the girl depicted. It turns out that Lieutenant Richard Alington, R.N., is identical in appearance to the actor, Mr Beverley. Richard arrives at the theatre in his sailor's undress uniform. He meets Betty and instantly recognises the girl he has loved since seeing her photograph. Betty also recognises the man she loves, mistaking him for Beverley, who has been playing a sailor's part and wearing the same uniform. Lord Bellingham next meets Richard, also mistaking him for Beverly. He objects to an actor's courting his daughter, and he invites the young Lieutenant to a ball to be given the next night at his mansion, on condition that "Beverly" must pretend to be tipsy, in order to cure his daughter's love.

"Beverley" creates an embarrassing disturbance at the ball and does his utmost to draw Betty's ire. However, Betty outsmarts her father, having already figured out the likeness and true identity of Dick Alington. In addition, it happens that the man she really loves is Dick, not Beverley. This is a good thing, because her friend is already engaged to Beverly. Dick, meanwhile, has inherited five million pounds, and Lord Bellingham is delighted with the match.