The cast of the television series MythBusters perform experiments to verify or debunk urban legends, old wives' tales, and the like. This is a list of the various myths tested on the show as well as the results of the experiments (the myth is Busted, Plausible, or Confirmed).

The MythBusters, having already put the concrete glider through its paces, test another flight idiom.

Episode 97 – "Airplane on a Conveyor Belt"

Airplane on a Conveyor Belt

Shaving Cream in a Car

Though this is not actually a myth, the Build Team decided to test why James Bond prefers his martinis "shaken, not stirred."

On the MythBusters fansite, the build team tested another short myth.

Adam and Jamie were put under a battery of tests to prove that they could match MacGyver's ingenuity. They were not necessarily testing these myths to bust or confirm them, but whether they had the smarts and the ability to make them work without any preparation. In each test, Adam and Jamie had a one hour time limit and could only use the materials that they were provided by Tory and Grant.

The MythBusters went to Alaska as part of the Discovery Channel's Alaska Week.[4]

This was a double length episode for Shark Week 2008 in which seven myths were tested.

The myth was said to be borne out of claims from several survivors of the sinking of the USS Indianapolis. 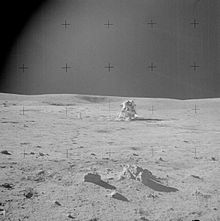 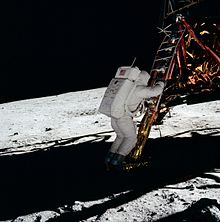 Aldrin in shadow, yet clearly visible 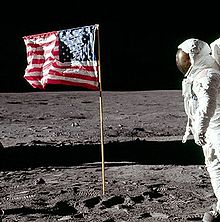 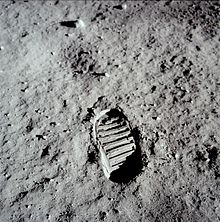 In order to test these myths, the Build Team made a trip to the Marshall Space Flight Center to use one of their specialized vacuum chambers. The hammer and feather demonstration was not aired in the original episode due to time constraints, but can be seen as a supplement on the MythBusters website. 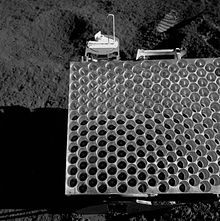 This was a myth based on a video posted on YouTube website (it was this video created by the user Household Hacker). This myth was cut for time, which was why it was not shown in the actual episode. It was instead posted as a supplement on the MythBusters website.

The Build Team received a request to test whether the final scene in the film Deep Blue Sea where the protagonists destroy the last shark with a harpoon gun, some gunpowder, and a car battery, was possible. To test these myths, Tory built a replica shark named "Hugo" out of foam.

The Build Team tested whether the following fire extinguishers, if thrown into a fire, will explode and put out the fire.

This myth was revisited due to fan complaints that the bow was too close to the arrow catching rig, so the arrow was traveling faster than it would at a farther distance. Fans also pointed out many people who could catch an arrow on camera and wanted the MythBusters to bring one on the show.

The One Inch Punch

Adam and Jamie tested several alleged methods for sobering up quickly. For each test, one of the co-hosts subjected himself to the remedy while the other did not, and both then traced a line pattern as quickly and accurately as possible. The difference in their performances was taken as the effectiveness of the remedy, although Adam also mentioned at the end of the experiment that their BAC measurements agreed with the differences in their performances as well. They tried to sober up by...

This is a movie myth based from a scene from Indiana Jones and the Last Crusade.

The Build Team tested whether or not a person can escape prison (in this case, climbing down the face of the Alameda County Courthouse) by using a rope made out of...

Adam and Jamie take fan requests and determine if the following objects are bulletproof.

Better to End with a Bang