Toxicology (from the Greek words τοξικός - toxicos "poisonous" and logos) is a branch of biology, chemistry, and medicine concerned with the study of the adverse effects of chemicals on living organisms.[1] It is the study of symptoms, mechanisms, treatments and detection of poisoning, especially the poisoning of people. 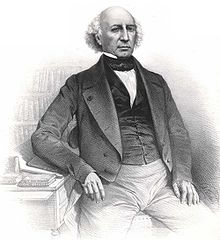 Dioscorides, a Greek physician in the court of the Roman emperor Nero, made the first attempt to classify plants according to their toxic and therapeutic effect.[2] Ibn Wahshiya wrote the Book on Poisons in the 9th or 10th century.[3]

Mathieu Orfila is considered to be the modern father of toxicology, having given the subject its first formal treatment in 1813 in his Traité des poisons, also called Toxicologie générale.[4]

Theophrastus Phillipus Auroleus Bombastus von Hohenheim (1493–1541) (also referred to as Paracelsus, from his belief that his studies were above or beyond the work of Celsus - a Roman physician from the first century) is also considered "the father" of toxicology.[6] He is credited with the classic toxicology maxim, "Alle Dinge sind Gift und nichts ist ohne Gift; allein die Dosis macht, dass ein Ding kein Gift ist." which translates as, "All things are poison and nothing is without poison; only the dose makes a thing not a poison." This is often condensed to: "The dose makes the poison" or in Latin "Sola dosis facit venenum".

The relationship between dose and its effects on the exposed organism is of high significance in toxicology. The chief criterion regarding the toxicity of a chemical is the dose, i.e. the amount of exposure to the substance. All substances are toxic under the right conditions. The term LD50 refers to the dose of a toxic substance that kills 50 percent of a test population (typically rats or other surrogates when the test concerns human toxicity). LD50 estimations in animals are no longer required for regulatory submissions as a part of pre-clinical development package.[citation needed]

The conventional relationship (more exposure equals higher risk) has been challenged in the study of endocrine disruptors.

Many substances regarded as poisons are toxic only indirectly. An example is "wood alcohol," or methanol, which is chemically converted to formaldehyde and formic acid in the liver. It is the formaldehyde and formic acid that cause the toxic effects of methanol exposure. As for drugs, many small molecules are made toxic in the liver, a good example being acetaminophen (paracetamol), especially in the presence of chronic alcohol use. The genetic variability of certain liver enzymes makes the toxicity of many compounds differ between one individual and the next. Because demands placed on one liver enzyme can induce activity in another, many molecules become toxic only in combination with others. A family of activities that many toxicologists engage includes identifying which liver enzymes convert a molecule into a poison, what are the toxic products of the conversion and under what conditions and in which individuals this conversion takes place.

Chemical or pharmaceutical toxicology is a scientific discipline involving the study of structure and mechanism related to the toxic effects of chemical agents, and encompasses technology advances in research related to chemical aspects of toxicology. Research in this area is strongly multidisciplinary, spanning computational chemistry and synthetic chemistry, proteomics and metabolomics, drug discovery, drug metabolism and mechanisms of action, bioinformatics, bioanalytical chemistry, chemical biology, and molecular epidemiology.