In the 1870s and 1880s, California became a major producer of fruits and vegetables. In 1886, the Del Monte name premiered, originally used in the 1880s by an Oakland, California, foods distributor to designate a premium blend of coffee prepared for the Hotel Del Monte on the Monterey peninsula. By 1892, the Del Monte brand was introduced when the firm expanded its business and selected Del Monte as the brand name for its new line of canned peaches. In 1898, the California Fruit Canners Association (CFCA) formed when 18 West Coast canning companies merged.[2] The Del Monte brand was one of several brands marketed by the new company. It introduced the Del Monte Shield in 1909.[3]

Under the leadership of George Newell Armsby, in 1916 CFCA added two more canners and a food brokerage house, incorporated itself as California Packing Corporation, or Calpak, and began marketing its products under the Del Monte brand. The new company grew to operate more than 60 canneries in Washington, Oregon, Idaho, Utah and Alaska. In 1917, it acquired pineapple farms and a cannery in Hawaii and, in the 1920s, added canneries in Florida and the Midwest, as well as in the Philippines. After WWII, it constructed or purchased more facilities overseas.[4] These multinational operations made the name California Packing Corporation obsolete, and in June 1967, the corporation adopted the name of its leading brand to become Del Monte Corporation.[5]

In 1972, Del Monte became the first major US food processor to voluntarily adopt nutritional labeling on all its food products, an innovation that made headlines throughout the country and applauded by government officials as a breakthrough in consumer education.

On September 28, 2004, the site of Del Monte's former Plant No. 1 was dedicated as Del Monte Square. It was once the world’s largest fruit and vegetable cannery.

In 2006, Del Monte became the second largest pet foods company upon divesting its US infant feeding business and US retail private label soup and gravy businesses and acquiring two key pet brands. The company sold its Soup and Infant Feeding business in April 2006 to TreeHouse Foods, Inc.[8] Del Monte bought Meow Mix in May 2006,[9] and acquired Milk-Bone in July of that year from Kraft Foods.[10]

As precautionary measure, in 2007 Del Monte declared a voluntarily recall of several of brands of its pet foods due to the 2007 pet food recalls.[11]

In June 2008, Del Monte announced the sale of its seafood division, StarKist, to South Korea-based Dongwon Enterprise Company. Dongwon purchased the business for $363 million. Del Monte stated that StarKist was no longer a good fit for the company and that they would be concentrating on pet food and higher margin produce.[12]

On March 8, 2011, the company announced it had been acquired by an investor group led by funds affiliated with Kohlberg Kravis Roberts, Vestar Capital Partners and Centerview Partners. The stock was delisted from the New York Stock Exchange prior to the start of trading on March 9, 2011.[13] 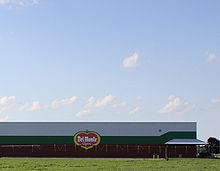 Del Monte Foods markets packaged food products under the Del Monte brand in the United States and South America. Del Monte Foods is not affiliated with Fresh Del Monte Produce, Inc., Del Monte International or their subsidiaries or affiliates. Del Monte maintains a major sale in India and has also received acclaim due to its unique Advertising.

In January 2007, Del Monte Foods was wrongly accused of opposing efforts by the United States Congress to apply the continental minimum wage to the lower-paying tuna packing plants in American Samoa. On January 16, 2007, Melissa Murphy Brown, spokesperson for Del Monte, stated that the application would "severely cripple the local economy." She also stated that "For over 50 years, the Federal Department of Labor has provided that wages in U.S. territories, including American Samoa, be set by a federally appointed wage board, following public hearings".[14]

Democratic Speaker of the House Nancy Pelosi was the subject of false claims in chain e-mails and on web sites such as Gateway Pundit,[15] Newsbusters,[16] claiming that she or her husband own stock in Del Monte and that she has thus pushed for keeping the tax loophole for Del Monte.[17] Pelosi has not received any contributions from Del Monte employees.[18]

In 2009, Del Monte Foods provided the following clarification to news outlets reporting misinformation about its relationship with Speaker Pelosi:

Secondly, Del Monte Foods is not “a major contributor to Pelosi.” Del Monte has not contributed to Speaker Pelosi. Because Del Monte Foods does not operate a Political Action Committee (a requirement for federal election donations), the Company has not made a direct political contribution to any elected official or candidate for office.

In March 2011, Del Monte Fresh Produce N.A., Inc. voluntarily recalled 4,992 cartons of cantaloupes. The FDA has linked the cantaloupes to a Salmonella Panama outbreak in the United States. As of March 29, 2011 there were 13 reported cases in Oregon, Washington, California, Colorado and Maryland.[19] 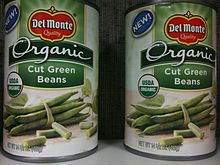 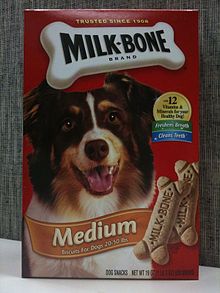