The Waldorf-Astoria is a luxury hotel in New York. It has been housed in two historic landmark buildings in New York City. The first, designed by architect Henry J. Hardenbergh, was on the Fifth Avenue site of the Empire State Building. The present building at 301 Park Avenue in Manhattan is a 47-story, 190.5 m (625 ft) Art Deco landmark, designed by architects Schultze and Weaver and dating from 1931. Lee S Jablin, Harman Jablin Architects, fully renovated and upgraded the historical property to its original grandeur during the mid-1980s through the mid-1990s. The Waldorf Astoria New York is a member of Hilton's Luxury and Lifestyle Brands along with Waldorf Astoria Hotels and Resorts and Conrad Hotels & Resorts.

Waldorf-Astoria was the first hotel to offer room service, making a huge impact for the future of the hotel industry.

The hotel is now branded as the Waldorf=Astoria, with a double hyphen, but originally a single hyphen was employed between "Waldorf" and "Astoria," as recalled by a popular expression and song, "Meet Me at the Hyphen."

The modern hotel has three American and classic European restaurants, and a beauty parlor located off the main lobby. Several boutiques surround the lobby. A "hotel within a hotel" in its upper section is known as The Waldorf Towers, operated by Conrad Hotels & Resorts.

The hotel has its own railway platform as part of Grand Central Terminal, used by Franklin D. Roosevelt, James Farley, Adlai Stevenson, and Douglas MacArthur, among others. An elevator large enough for Franklin D. Roosevelt's automobile provides access to the platform.[4]

Its name is ultimately derived from Walldorf in Germany and the prominent German-American Astor family that originated there. 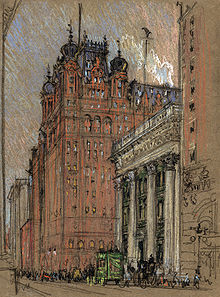 The Waldorf-Astoria at the original location, demolished for the erection of the Empire State Building. Rendering by Joseph Pennell, ca. 1904-1908. 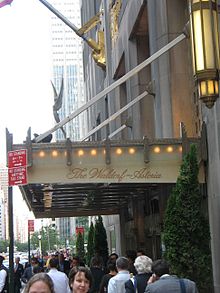 The hotel's name with the double hyphen on the awning over the Park Avenue entrance.

An Astor family feud contributed to the events which led to the construction of the original Waldorf-Astoria on Fifth Avenue.

It started as two hotels: one owned by William Waldorf Astor, whose 13-story Waldorf Hotel was opened in 1893 and the other owned by his cousin, John Jacob Astor IV, called the Astoria Hotel and opened four years later in 1897, four stories higher.

William Astor, motivated in part by a dispute with his aunt, Caroline Webster Schermerhorn Astor, built the original Waldorf Hotel next door to her house, on the site of his father's mansion and today's Empire State Building. The hotel was built to the specifications of founding proprietor George Boldt; he and his wife Louise had become known as the owners and operators of the Bellevue, an elite boutique hotel in Philadelphia, Pennsylvania, on Broad Street, subsequently expanded and renamed the Bellevue-Stratford Hotel. Boldt continued to own the Bellevue (and, later, the Bellevue-Stratford Hotel) even after his relationship with the Astors blossomed.

William Astor's construction of a hotel next to his aunt's house worsened his feud with her, but, with Boldt's help, John Astor persuaded his mother to move uptown. John Astor then built the Astoria Hotel and leased it to Boldt. The hotels were initially built as two separate structures, but Boldt planned the Astoria so it could be connected to the Waldorf by Peacock Alley. The combined Waldorf=Astoria became the largest hotel in the world at the time, while maintaining the original Waldorf's high standards.[5]

The Waldorf=Astoria is historically significant for transforming the contemporary hotel, then a facility for transients, into a social center of the city as well as a prestigious destination for visitors and a part of popular culture.[5] The Waldorf=Astoria was influential in advancing the status of women, who were admitted singly without escorts. Founding proprietor, George C. Boldt, became wealthy and prominent internationally, if not so much a popular celebrity as his famous employee, Oscar Tschirky, "Oscar of the Waldorf." Boldt built one of America's most ambitious houses, Boldt Castle, on one of the Thousand Islands. George Boldt's wife, Louise Kehrer Boldt, was influential in evolving the idea of the grand urban hotel as a social center, particularly in making it appealing to women as a venue for social events.

When the new skyscraper Waldorf=Astoria was built over air-rights of The New York State Realty and Terminal Company on Park Avenue, under the guidance of Lucius M. Boomer, the manager of the old Waldorf, a cast of furnishers and decorators with good reputations was assembled, to give it a grand yet domestic atmosphere. Lucius M. Boomer had retired to Florida after the old Waldorf= Astoria was demolished, but he retained exclusive rights to use the name "Waldorf=Astoria", which he transferred to the new hotel. Boomer died in an airplane crash during 1947 and Conrad Hilton bought the Waldorf=Astoria in 1949.[6]

In 2006, Hilton Hotels announced plans to build a second Waldorf-Astoria near Walt Disney World in Florida, and in 2007, plans were announced that another Waldorf-Astoria will be built in Beverly Hills, where Santa Monica Boulevard and Wilshire Boulevard cross. A combination hotel and condominium Waldorf-Astoria Hotel and Residence Tower has been announced by third parties to be developed for Hilton in Chicago.

In November 2008, a referendum in Beverly Hills, California was voted on to determine whether developer Oasis West Realty LLC will be allowed to expand the nine-acre site of the Beverly Hilton Hotel, recently owned by the late Merv Griffin, at the intersection of Wilshire and Santa Monica boulevards. Expansion plans include removing some buildings and adding an 8-story condo, a Waldorf-Astoria named 12-story hotel, and another 18-story condo tower. The Beverly Hills City Council had approved the $500 million project by a 3-2 vote. Local resident opponents led by a group called Citizens Right to Decide Committee gathered enough signatures to place the referendum on the November 4, 2008, ballot with the argument "It's Just Too Big." Los Angeles County election officials reported a week after the vote that local Measure H was losing by 68 votes, with provisional ballots yet to be counted. On December 2, 2008, yes on H passed by 129 votes. Yes: 7972. No: 7834.

In 2013 a Waldorf Astoria hotel will open in Amsterdam situated in seven historical canal mansions on the Herengracht canal. 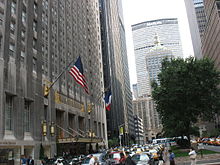 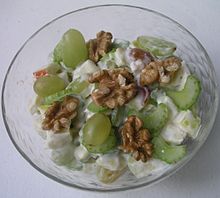