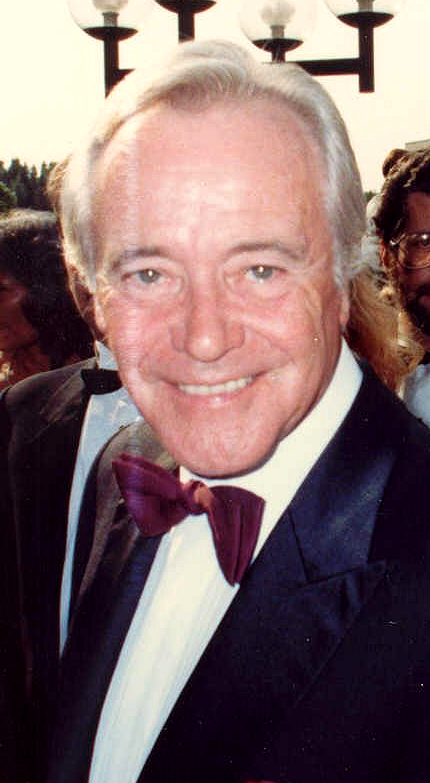 Lemmon was born in an at in Newton, , a suburb of Boston. He was the son of Mildred Burgess LaRue (née Noel), and John Uhler Lemmon, Jr., who was the president of a company. [ [http://freepages.genealogy.rootsweb.com/~battle/celeb/lemmon.htm 1 ] ] [ [http://www.filmreference.com/film/18/Jack-Lemmon.html Jack Lemmon Biography (1925-2001) ] ] Lemmon attended John Ward Elementary School in Newton. He later revealed that he knew he wanted to be an actor from the age of eight. Lemmon attended (Class of 43) and (Class of 47), where he was an active member of several Drama Clubs - becoming president of the . At twenty-two years of age, Lemmon graduated from and joined the Navy, received V-12 training and served as an ensign. On being discharged, he took up acting professionally, working on radio, television and Broadway. He studied acting under . He also became enthused with the piano and learned to play it on his own. He could also play the harmonica and the bass fiddle.

He became a favorite actor of director , starring in his films "", "", "", "", "", "The Front Page" and "". Wilder felt Lemmon had a natural tendency toward overacting that had to be tempered; the Wilder biography "Nobody's Perfect" quotes the director as saying, "Lemmon, I would describe him as a ham, a fine ham, and with ham you have to trim a little fat". The biography also quotes Jack Lemmon as saying, "I am particularly susceptible to the parts I play... If my character was having a nervous breakdown I started to have one".

Lemmon recorded his own album in 1958 while filming "" with Marilyn Monroe. Twelve jazz tracks were created for Lemmon and another twelve tracks were added which were the soundtracks to the film. Lemmon also played the piano and recorded his own versions of Monroe's trademark songs, "I Wanna Be Loved By You" and "I'm Through With Love", for the album, which was released in 1959 as "A Twist of Lemmon/Some Like It Hot".

"Days of Wine and Roses" (1962) was one of his favorite roles. He portrayed Joe Clay, a young, fun-loving alcoholic businessman. In that film, Lemmon delivered the line, "My name is Joe Clay ... I'm an alcoholic." Three and a half decades later, he admitted on the television program, "", that he was not acting when he delivered that line, that he really was a recovering alcoholic at the end of his life.

Lemmon's production company JML produced "" in 1967. was grateful to Lemmon for his support, and offered him the role later made famous by in "", but Lemmon turned it down. He did not like riding horses, and he also felt he'd already played too many aspects of the Sundance Kid's character before. ["A slice of Lemmon for extra character", Bob Flynn, Panorama, p. 7, Canberra Times, August 15, 1998]

Throughout his career, Lemmon often appeared in films alongside actor Walter Matthau. They would go on to be one of the most beloved duos in cinema history. Among their pairings was as (Lemmon) and (Matthau) in the 1968 film, "The Odd Couple". They also starred together in "" (for which Matthau won an Oscar for Best Supporting Actor), "", and "". In 1971, Lemmon directed Matthau in the comedy "". It was the only movie that Lemmon ever directed, and Matthau was nominated for the Best Actor Oscar for his performance. Additionally, Lemmon and Matthau had small parts in 's 1991 film, "JFK" (the only film in which they both appeared, but shared no screentime). In 1993, the duo teamed up again to star in "Grumpy Old Men". The film was a surprise hit, earning the two actors a new generation of young fans. During the rest of the decade, they would go on to star together in "", "" and the widely-panned "". The only death scenes that Lemmon performed were in "" in 1979, and in "", where he played uncredited introductory and final scenes. For his part in "", he was awarded Best Actor at the . In 1982, he won another Cannes award for his performance in "Missing" (which also received the ). He is currently the only actor other than to have won it twice..Fact|date=September 2008

At the 1998 Golden Globe Awards, he was nominated for "Best Actor in a Made for TV Movie" for his role in "Twelve Angry Men", losing to . After accepting the award, Rhames asked Lemmon to come onstage and in a move that stunned the audience, gave his award to him. (The , which presents the Golden Globes, decided to have a second award made and sent to Rhames.).Fact|date=September 2008

Lemmon was one of the best-liked actors in Hollywood. He is remembered as making time for people, as the actor recalled in a tribute. When already regarded as a legend, he met the teenage Spacey backstage after a theater performance and spoke to him about pursuing an acting career. [ [http://youtube.com/watch?v=Drnz1mbpui4 YouTube - Charlie Rose - Kevin Spacey / Jamaica Kincaid ] ] Spacey would later work with Lemmon in the critically acclaimed film "Glengarry Glen Ross" (1992), and on stage in a revival of "Long Day's Journey Into Night". Lemmon's performance even inspired , a character on that is modeled on Lemmon's character in the film.

Jack Lemmon died of and of the bladder [ [http://www.findagrave.com Find A Grave - Millions of Cemetery Records ] ] on June 27, 2001. He had been fighting the disease, very privately, for two years before his death.

Lemmon's son, Chris Lemmon, made several TV shows and movies. He also wrote a book about his father after his death, named "A Twist of Lemmon: A Tribute to My Father".

He is interred at the , , where he is buried next to Walter Matthau. In typical Jack Lemmon wit, his gravestone simply reads 'Jack Lemmon &mdash; in'. After Matthau's death in 2000, Lemmon appeared with friends and relatives of the actor on a "" show in tribute. A year later, many of the same people appeared on the show again to pay tribute to Lemmon.

Currently, Jack Lemmon holds the record for most nominations with twenty-two.

*Death ends a life, not a relationship.
*I won't quit until I get run over by a truck, a producer or a critic.
*Failure seldom stops you. What stops you is the fear of failure.
*If you think it's hard to meet new people, try picking up the wrong golf ball.
*It's hard enough to write a good drama, it's much harder to write a good comedy, and it's hardest of all to write a drama with comedy. Which is what life is.
*Nobody deserves this much money - certainly not an actor.
*Stay humble. Always answer your phone - no matter who else is in the car.
* [on Marilyn Monroe] Difficult? Yes. But she was a wonderful comedienne and she had a charisma like no one before or since.
* [on Judy Holliday] She was intelligent and not at all like the dumb blonds she so often depicted. She didn't give a damn where the camera was placed, how she was made to look, or about being a star. She just played the scene -- acted with, not at. She was also one of the nicest people I ever met.
* [on Billy Wilder] I've had directors who were marvelous at breaking scenes down and handling people. But when you would string all the pearls together, they wouldn't make a beautiful necklace. But Billy is the kind of picture-maker who can make a beautiful string of pearls. He makes the kind of movies that are classics and last forever.
* [on Walter Matthau] Walter is a helluva actor. The best I've ever worked with.